As Sonic Mania spin dashes to its one year anniversary, blue blur fanatics are served a second helping via Sonic Mania’s ‘Plus’ add-on content. Dishing out small but sweet additions to the strongest Sonic game ever, Sonic Mania Plus is a cheap ‘n’ cheerful upgrade that doesn’t quite nail its potential, but more than justifies its humble price.

Sonic Mania stands head and shoulders above most Sonic outings. Following a slew of miserably lame hog titles, Sonic Mania confirms that over a decade of whinging and whining from the classic camp of Sonic’s followers was justified, as Sonic Mania is the best reviewed Sonic game in fifteen years (with a ton of sales to boot). Who’d have thunk it that catering to the sect of Sonic fanatics that are old enough to have bank accounts would’ve boosted the hedgehog’s financial earnings? 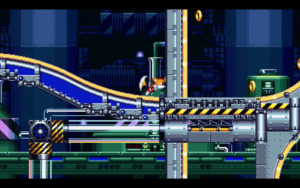 But alas, it’s common knowledge that Sonic Mania is some top-notch, bees-knees good stuff. A more pressing question is “What’s Sonic Mania Plus, and is it any good?” Well, Sonic Mania Plus is an enhanced iteration of Sonic Mania, boasting new characters, features, and stage designs. And yes, it’s good (although it could be better).

The grandest additions on display are Mighty and Ray. Deep cut characters hailing from the 1993 Japan only arcade game SegaSonic the Hedgehog, Sonic Mania Plus marks Mighty’s third appearance (following SegaSonic the Hedgehog and Knuckles Chaotix), and Ray’s second (again, following SegaSonic the Hedgehog). Long discarded and forgotten, the armadillo and flying squirrel are revived as playable good guys in Sonic Mania Plus, each offering unique maneuverability and strategic quirks. From Mighty’s badnik smashing hammer drop (and handy as hell hard shell, protecting players from all sorts of spikes and sparks), to Ray’s Super Mario World Cape Feather-esque soaring, each flaunts their own capabilities separate from Sonic, Tails, and Knuckles. 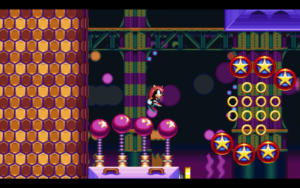 Mighty’s protective abilities make him a great pick for beginners.

Next to Mighty and Ray, Sonic Mania Plus’ other big attraction is Encore Mode. A remixed version of Sonic Mania’s campaign, it brings alterations to the base formula, most notably revised visual themes, tweaked hazard placement, and a slick pinball bonus stage. The visual themes offer some neat eye candy, but are a mixed bag. Where Chemical Plant’s bleak darkness and Oil Ocean’s cool blue hues surpass their original aesthetic properties, most stages limp drably along with forgettable palette swaps. More blips arise in Encore Mode’s tweaked hazard placement, as it rarely stretches beyond minor reworkings. Seeing assets and objects mixed ‘n’ matched, such as Titanic Monarch badniks popping up in Green Hill, or a flooded Flying Battery, would’ve elevated Encore Mode from a bundle of modest tweaks to a radical rethinking of Sonic Mania‘s conventions, showcasing a genuinely unforgettable cacophony of wonderfully weird ideas. Unfortunately, Sonic Mania Plus plays it safe, resulting in a fun but underwhelming Encore Mode.

Truly, Encore Mode’s shining moment is its opening: a brief but brilliant, playable Angel Island. It’s a shame it’s over so soon, because the addition of a fully realized Angel Island, boss battles and all, would’ve provided Encore Mode the extra bit of wow factor it needed. 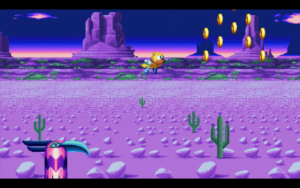 Soaring about the place with Ray never gets old.

Unrealized potential aside however, Sonic Mania Plus is what it is: the best Sonic game ever, plus a little bit more. For veterans of Sonic Mania, this dosage of ‘Plus’ will provide an entertaining afternoon, but don’t expect much more. For newbies to Sonic Mania however, this is abso-bloody-lutely a fundamental purchase. One of the best platformers of all time just got a tad bit better, and turning it down because “Sonic has sucked for years” is utterly ridiculous. If Sonic Mania Plus spells the future for the hot footed pincushion, then get ready for more immaculate games (and decent downloadable content).