In a wood-filled, cedar-smelling booth that took up a good part of the showroom floor at San Francisco’s GDC, Amazon highlighted the power of its new game engine, Amazon Lumberyard, putting the pressure on Nintendo to stay relevant in the rapidly growing indie community. Lumberyard, Amazon’s first serious foray into the game design industry, empowers smaller developers by providing them with the tools needed to quickly create full-fledged titles, allowing them to design higher quality indie games with significantly less effort by streamlining the whole process. That being said, at this stage Lumberyard only allows developers to build games for Windows, Xbox One, and Playstation 4, leaving Nintendo behind to watch as presumably hundreds or thousands of indie opportunities fall through their fingers. 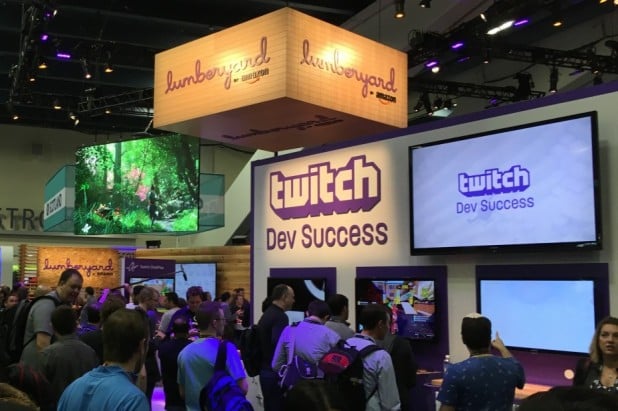 As a whole, Amazon Lumberyard is an all-in-one developer tool, combining the visual power of Crytek’s CryEngine design technology with Amazon’s online infrastructure. CryEngine, which was used in various forms to create the FarCry series, is a 3D game engine that can be used to design titles that are both visually stunning and competitive in the marketplace, allowing indie developers to immediately create characters, worlds, and gameplay that are comparable to the offerings of larger corporate companies. Lumberyard also comes packaged with Amazon’s GameLift, an online support system that provides the structure needed to design, host, and operate a cloud-based multiplayer service that can be scaled up or down depending on the needs of the developer. To top it all off, Lumberyard also includes support for Twitch, the online gaming communication tool, to encourage companies to create games that celebrate the social aspect of the indie community and bring players together both in-game and over the streaming service.

Although this may seem like an expensive creation, Amazon is offering the Lumberyard package, which is currently in beta stages, at no initial cost to the developer, and the full source code is available to download right off of their website completely for free. In fact, there is no actual requirement to share revenue at all, and developers only have to pay a meager $1.50 per 1,000 daily active users to utilize GameLift cloud multiplayer services. Essentially this means that the world of game developers just got a whole lot larger, as anyone with a bit of technical know-how and some free time can begin creating the game of their dreams thanks to Amazon. With all the support systems offered, these companies do not have to outsource design elements or hire external contractors in order to provide back-end services, as Amazon provides these in a cost effective and time efficient package. This allows incredibly small indie developers to put out games that can be as broad in scope as the major players in the industry, delivering fresh new content and ideas straight to PC, Xbox One, and Playstation consoles in significantly less time than was previously needed thanks to the Lumberyard infrastructure. 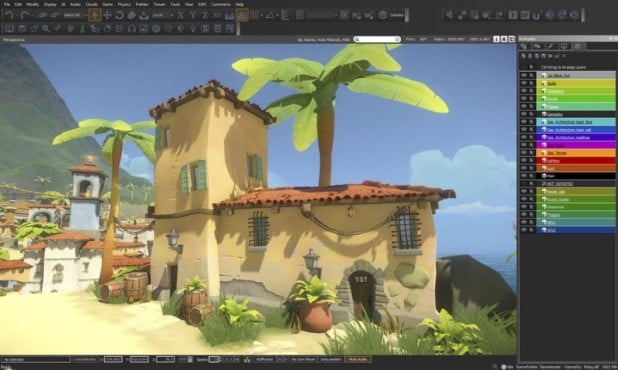 That being said, due to licensing issues and an odd indifference to Western companies, Nintendo is missing out on the Amazon Lumberyard action. As shown by their small presence at GDC, Nintendo remains relatively removed from the indie game developing world, focusing mainly on the 1st party titles that have become a hallmark of their success. Although the most recent Nintendo directs have started turning the camera towards the “Nindies,” the quantity and quality of these titles has been lacking in comparison to modern Xbox and Playstation offerings. As a whole, the video game industry seems to be heading in a direction that favors smaller and less expensive games that can only come from indie developers, and with the help of Amazon Lumberyard these titles are going to be easier than ever to create, host, and market. With Nintendo’s resistance to adopt modern gaming standards, namely Twitch and a more accessible online marketplace, the corporation appears to be out of touch with the way that the video game industry is evolving, forcing players to look for other additional avenues in order to stay relevant in the gaming community.

Although unlikely, Nintendo’s upcoming and heavily speculated NX console could be used as a link between the Japanese giant and the Western indie community, bridging the gap between past console offerings and a more modern, socially-conscious, and developer-friendly system. A partnership with Amazon and an emphasis on indie player interaction could create more longevity for the Nintendo console, making it truly a “hub of living room entertainment” rather than a one-sided Nintendo game machine. Although modern gamers still want the great 1st party titles that come loaded with charm and nostalgia, Wii U owners are craving a more centralized console experience that brings friends together and provides steady amounts of indie content. By incorporating a 3rd party focus that creates a Lumberyard-level of accessibility for developers and opening channels of communication by using Amazon’s GameLift and Twitch services, Nintendo could continue to support their great franchises while competing with Xbox and Playstation. 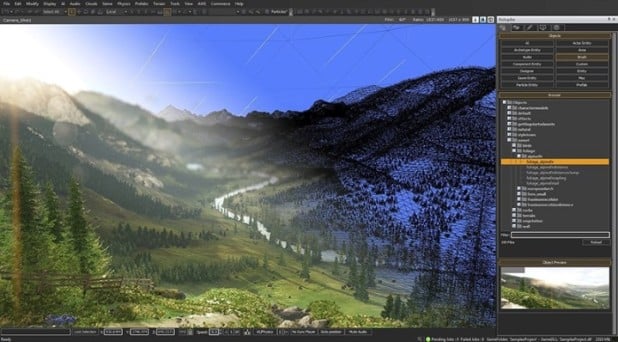 Although it is hard to say if Amazon’s developing package will have a long term effect on the gaming industry, Lumberyard definitely poses a threat to Nintendo and exposes some of the holes within their business model. For a lot of gamers, it is a concern that Nintendo is reluctant to open their doors to developers, as they shut out a lot of great titles that Xbox and Playstation owners get to enjoy. While the Nintendo console certainly excels at being a “Nintendo player,” creating an indie developer focus could give fans some games to enjoy in between the seasonal “droughts” of 1st party Nintendo titles. Although it raises the risk of an increased amount of shovelware, Amazon Lumberyard shows that the industry is ready to empower the indie designers, even if Nintendo is not.