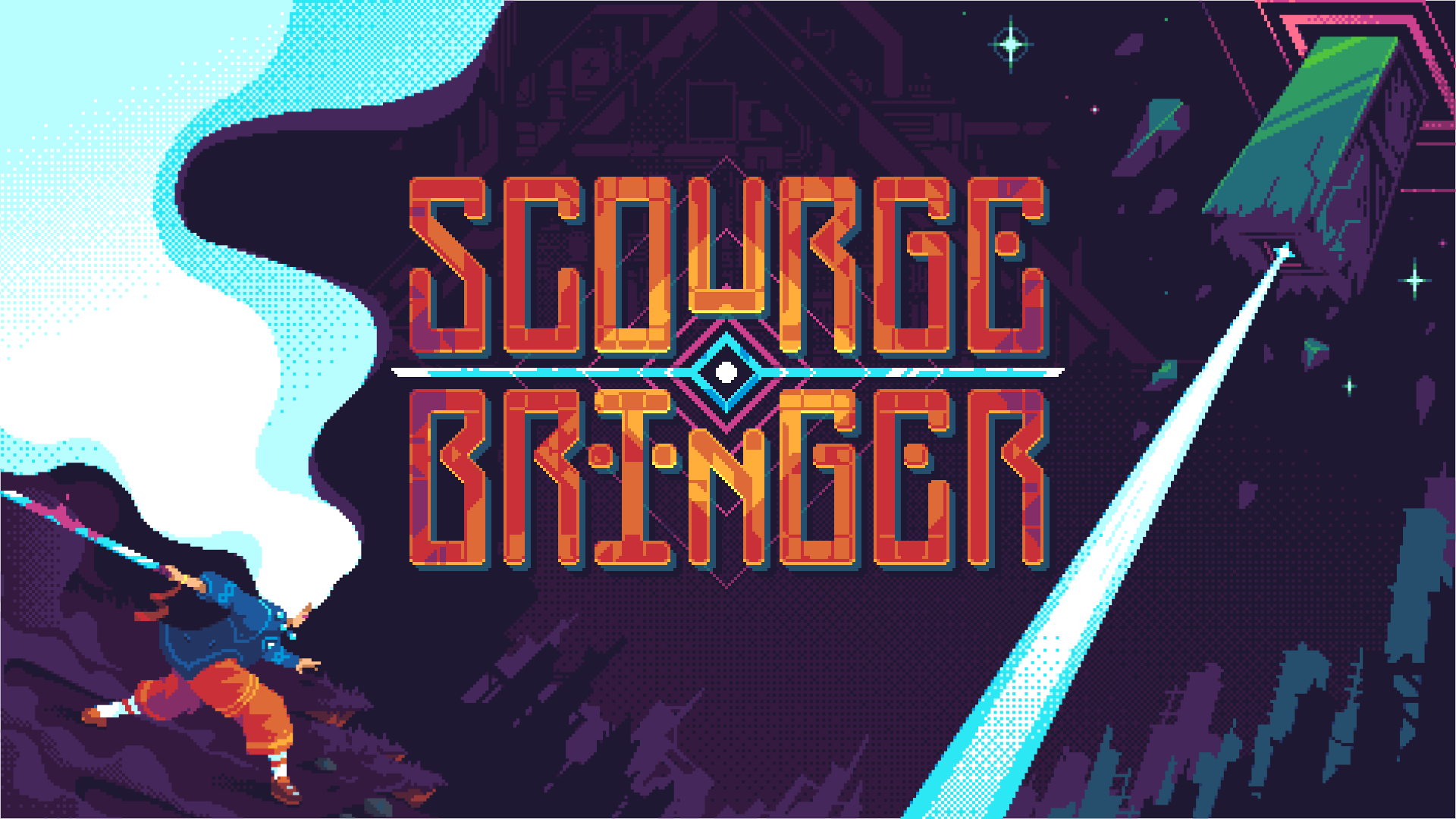 Roguelites are once more on the rise, with success of Hades and Returnal showing that there is a huge appetite for difficult, procedurally-generated games. ScourgeBringer, developed by Flying Oak Games and released last fall, mixes tight platforming with relentless action and emerges as one of the most memorable action games of its type. While it might be overshadowed by big-budget titles, a recent release on the PlayStation Vita shows that good ideas are good anywhere, no matter the platform.

The novelty of playing a new game like ScourgeBringer on a PlayStation Vita in 2021 is undeniably awesome. Sony never gave the system a fair shake, through a series of baffling decisions (Proprietary memory cards! No trigger buttons!) that killed the device before it ever fully lived. Fortunately the decision by Sony to close the PSN stores on the Vita has been reversed, and players have an opportunity to download another great indie title to their library. While ScourgeBringer is available on other platforms, notably Steam and Nintendo Switch, there’s something magical about experiencing high-octane pixelated action on the Vita’s gorgeous screen that hits a little differently. The game looks and sounds great, though Vita players may choose to remap some abilities tied to the rear touchpads to be a little more button-friendly.

ScourgeBringer‘s core gameplay loop might sound familiar at first. A lone, powerful woman traverses through different biomes (including vine-tangled ruins and an icy compound full of robotic constructs), battling aggressive fauna and dodging deadly bullets. She slashes enemies with a sword and blasts them with a big gun, all in a quest to break a cycle of death and rebirth. A difficult roguelite that can only be beaten with stone-cold skill and a little bit of luck, ScourgeBringer draws inspiration from other stalwarts of the genre like Dead Cells but places a greater focus on bite-sized action. At times it even feels like a 2D Hyper Light Drifter in how well the game combines shooting with slashing to create speedy, momentum-filled runs.

The basic mechanics of a ScourgeBringer run will having roguelite fans nodding along instantly. Player character Kyhra drops into the first biome, and moves from room to room, clearing out enemies and searching for powerful loot. Some rooms can be cleared in literal seconds, as Kyhra’s movement speed and sword strikes let her flit from enemy to enemy with ease. Controlling Kyhra feels unbelievably satisfying, thanks to easy-to-execute air dashes and superb wall running. Defeating enemies earns Kyhra blood droplets which can be spent at shops during individual runs, but progression is blocked until Kyhra can take down powerful minibosses. Kill a miniboss, and the door to the main boss of a biome will finally be unlocked. These main bosses have massive health pools and screen-filling attacks, but after learning their movement patterns and attacking aggressively, Kyhra can defeat them and find a portal to even more difficult biomes. Defeating both minibosses and bosses also earns Kyhra valuable currency that she can spend at the Chiming Tree, a literal skill tree that gives her access to even more combat and traversal skills.

Kyhra’s skills in combat are immediately evident. She can get up close and personal with quick slashes, gun down enemies with a constantly changing blaster, and stun her foes with a powerful smash attack. Upgrades eventually let her reflect bullets and even charge up a screen-filling fury attack, which hits every enemy onscreen and eliminates any dangerous projectiles. Every move feels balanced and purposeful. Dashing around to eliminate weaker enemies with a single slash as more powerful foes reel from being smashed into a wall never gets old. There’s a balance to be struck between darting in to slash foes to ribbons and zipping away to finish them off with a barrage of minigun bullets. Learning the quirks of reloading and the limits of the dash take a little time, but practice makes perfect.

Entering a dangerous area, finding great loot, and dying to a stray projectile: it’s a loop that’s been done in other games many times before, but ScourgeBringer feels fresh because of its gorgeous style. Rarely has the 8-bit pixelated aesthetic been used to such bloody, glorious effect. At any given moment, the action feel chaotic and claustrophobic but never overwhelming, thanks to clean visual cues. This isn’t to say that ScourgeBringer isn’t difficult, it absolutely is, but the game never feels unfair. Players can always see what’s about to attack them and where. After a few runs and glances at the bestiary, identifying and avoiding enemy attacks becomes second nature. Dispatching foes quickly and mercilessly grows Kyhra’s combo meter, netting her much more blood droplets per kill and access to a greater variety of weapons and skills. But greed isn’t always good, and there’s a price to be paid by spending too much at the price-gouging shops.

Death is an inevitability in every roguelite, and ScourgeBringer is certainly no exception. After failing, the player sees a detailed list of their accomplishments in the form of a list and returns to the Chiming Tree. But players can dive back into a run quickly and easily and be back to the action in moments. Tearing through a once-difficult biome on the way to newer, more difficult horizons is a staple of the genre and it feels fast and fluid here. The thrash music by Joonas Turner (Broforce, Downwell) rocks and keeps the player hyped for everything to come. This game never feels like it’s letting players coast; instead, every victory feels earned. It’s rewarding, and while the story might not be as epically satisfying as Hades or as hauntingly cryptic as Returnal, the gameplay is as rock-solid as the best that the genre has to offer.

ScourgeBringer is available on PC, Nintendo Switch, Xbox One, PlayStation 4, and of course, the PlayStation Vita.