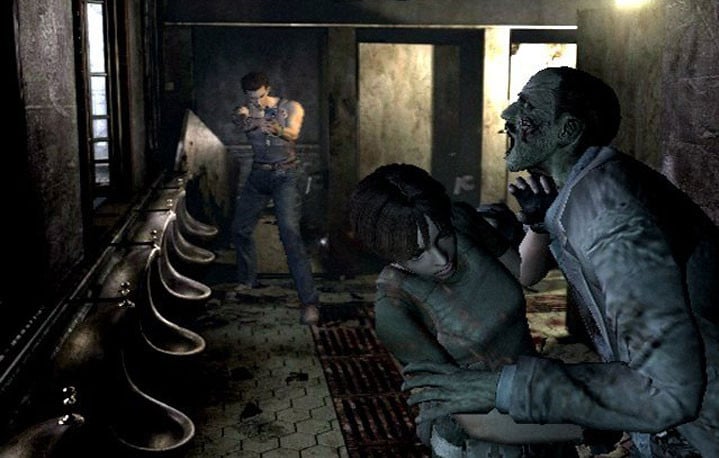 By the time Resident Evil Zero came along, it wasn’t hard to notice that the survival horror craze that it had started was growing stale. There is only so much mileage that can be racked up from mansions and crypts and dilapidated crackpot science labs teeming with monsters, statue puzzles and keys designated by card suits, or window-shattering jump scares. On top of that, despite RE‘s insistence on the use of tank controls instituted during the PS1 era, gameplay in 2002 had reached new levels of sophistication that players were beginning to expect from major releases. Something would have to be done to inject a pulse back into not only the series, but the genre in general, but that game-changer, already long in development, wouldn’t be along for another few years.

Instead gamers got Resident Evil Zero, more of the same, though riding a slight wave of replenished verve due to the goodwill earned from the Gamecube REmake of the original Resident Evil. That game, now seen as the definitive version of its story, was rebuilt from the ground up to take advantage of Nintendo’s more powerful hardware, using 3D models instead of pre-rendered backgrounds and creating gorgeous environments that better exuded the creepy atmosphere the developers strove for, as well as adding gameplay elements like counterattacks and using competent voice actors so as not to overshadow the scary vibes with (too much) cheeseball hilarity. Zero took these improvements and ran with them, but even Capcom must have worried that that it wouldn’t be enough to to make the game stand out from the ever-increasing horde of zombie copycats, and so they did their best to liven things up a bit in an effort to stave off the inevitable flatline. 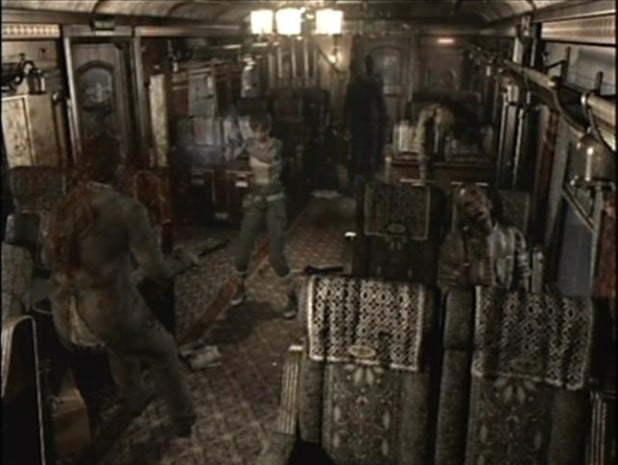 Setting the story prior to the events at the mansion (though it would eventually get there), Resident Evil Zero follows the circumstance around the disappearance of S.T.A.R.S.’ Bravo Team. On a mission to investigate some recent grisly murders in the nearby Arklay Mountains, Bravo Team finds an overturned MP transport and the bodies of two officers. This results in feisty medic Rebecca Chambers setting off on her own and boarding a seemingly abandoned train, where naturally she encounters numerous zombies and other mutant creatures, some background to one of the most insidious and convoluted plots in all of video games, and the escaped convict marine that will become her partner, the buzz-killing Billy Coen. Like most prequels, the story provides answers to questions no one really cared to ask, but there are enough fun moments, and seeing familiar faces that have no idea of the tragedy about to unfold is interesting. Still, there’s nothing overly memorable, and in the end it just might (unbelievably) make things even more confusing.

As for the gameplay, having multiple protagonists was nothing new to the franchise, but Resident Evil Zero truly partnered these two up, making it the first where players could switch back and forth between two characters on the fly. This allowed for exploration of two different locations at the same time, as well as puzzles designed around cooperation between the two unlikely allies, who each had their own strengths and weaknesses. It was a neat idea and a decent system, but ultimately the “partner zapping” feels like more of a novelty than anything meaningful, and the tedium of switching back and forth when attempting to solve some sort of dumbwaiter puzzle that isn’t going right can really kill the momentum. 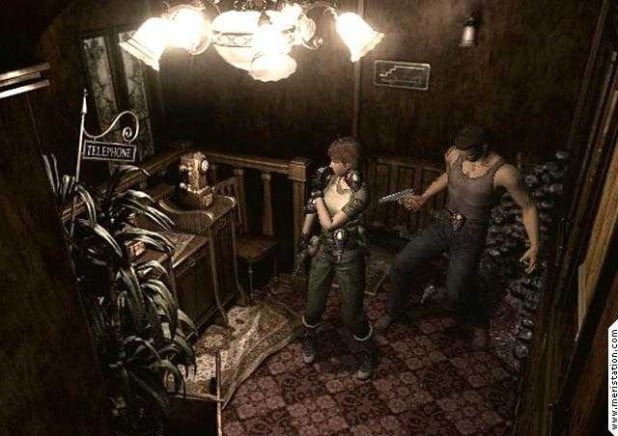 Also new to the series was the exclusion of item boxes. Instead of enjoying a magic system that allows for access to one’s stored objects no matter how far players have traveled since last unloading them, Resident Evil Zero has Rebecca and Billy forced to simply drop onto the floor any items or weapons they don’t have room to carry anymore, where those objects will remain until finally (if ever) reclaimed. While the interaction between Rebecca and Billy was more hyped, it is this small tweak to gameplay that made the most impact, and is something that would be cool to see return to the series. Players were now presented with a more realistic and pressure-inducing choice when acquiring something new, forcing the sacrifice of having to leave a potentially precious asset behind. Whether to take the gun or the medicinal herb was a decision that seemed right in line with and a logical extension of the series’ resource management element of survival horror.

Unfortunately that was about the only thing that felt fresh; most of the rest felt like recycled bits from the previous entries in the series. This wasn’t necessarily a bad thing, as Resident Evil Zero plays as well as those tank controls can offer and looks absolutely gorgeous, with excellent lighting effects and the lavish train cars horrifically decadent like the best RE settings are. For fans of the franchise there is a lot to like and everything feels very comfortable, but like a mutant shark that must keep swimming lest it die, with this entry it was finally apparent that the Resident Evil series was doing its best Weekend at Bernie’s impersonation at keeping the dead alive. 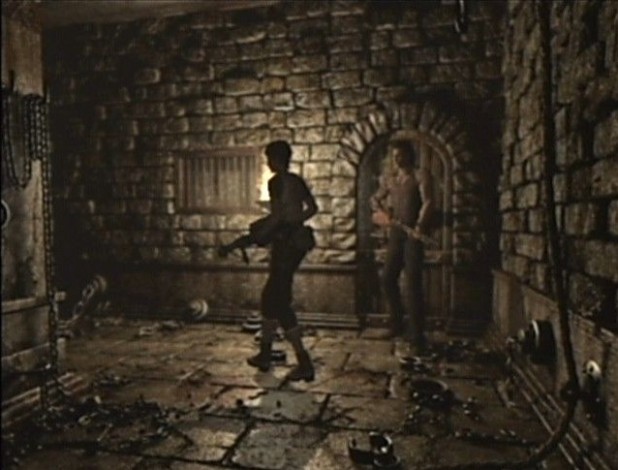 As the last original title in this style, however, it is one to savor. Capcom moved onto more action-oriented gameplay after, with mixed results, and Resident Evil Zero served as a last gasp, both a reminder that the old way of doing horror was nearing its end, yet also a fitting and faithful tribute that attempted to wring whatever life was still left from a dying game design.