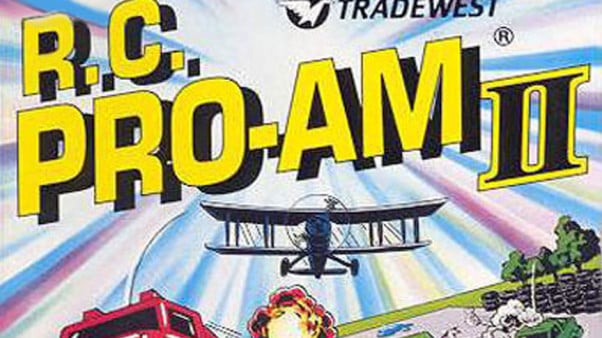 Of the many late NES titles that were released when the Super NES was just starting to roll out, R.C. Pro-Am II is perhaps the most criminally overlooked. As a follow-up to one of the most popular games on the Nintendo Entertainment System, it’s hard to understand why not enough people paid any attention to it, especially since it was named Nintendo Power ‘s Best NES Game of the Year. With RC Pro-Am II, Rare aimed to set the bar high and boy did they succeed.

Everything its predecessor does well, RC Pro-Am II does even better, and everything the original got wrong, the sequel gets right. It features similar gameplay but with a wider variety of tracks, and like the original, it was praised for its unique viewpoint and tight gameplay. But unlike its predecessor, RC Pro-Am II supports multiplayer — and I don’t mean just two players — the 8-bit title allows up to four players to compete against each other simultaneously. Nowadays this might not seem like much, but it was a huge deal back in 1993. There were only a few games released on the NES that could even support a four-player mode, and of those few, RC Pro-Am II was far and away the best. And because there is no split screen, you don’t have to be extremely skilled at the game in order to keep up. If a player begins to lag behind too far, they’ll automatically be bumped right behind everyone else allowing all players to remain in the race until the very end. 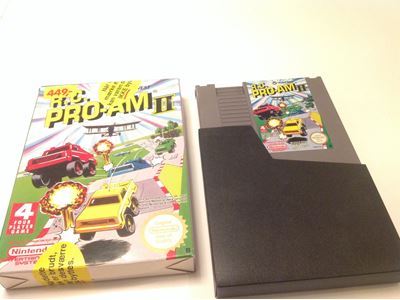 That isn’t to say that RC Pro-AM II isn’t difficult — because it is — and the difficulty level increases with each type of course. Players must navigate around several environments, all of which provide their own unique challenges and various road hazards like patches of water, mud, ice, ridges, oil, and even an aircraft that drops bombs on the track. Utilizing the same isometric perspective you compete in 24 races that now span more varied terrain than the first game. The first eight races are similar to the tracks found in the original, but by the time you get to the ninth track you’ll find yourself racing through a city landscape and eventually you’ll end up competing in a desert and riding up and down dunes of sand. Each environment is distinct, and each comes with a new set of roadblocks to overcome. The objective of each race is to finish in the top three places to receive points and money, which is used to upgrade vehicles and buy weapons. The top three finishers are qualified to participate in the next race but unlike RC Pro-AM, the sequel allows players to continue even if they finish in the last place so long as they collect enough cash to purchase a continue. Perhaps the best aspect of the game is the upgrades which can be obtained in several ways throughout the game. Obviously, the higher you finish, the more points and cash you earn but there is also cash laid out across every track that players can collect by simply driving over it. Collecting money is essential if you want to beat the game, and if you collect enough money you can actually buy extra lives and a ton of upgrades. Upgrades and weapons include motors (increased speed); tires (better steering); and weapons such as missiles, bombs, freeze beams and my personal favourite, buckshots, which allow you to steal your opponents’ cash. Players can also collect letters that spell “PRO AM II” that are scattered across every track and unlock different vehicles which of course are bigger, faster, stronger and just plain cooler. And finally, the game includes two types of bonus stages (tug of war and drag race) that award players with bonus points as well.

RC Pro-Am II is the best racing game released for the Nintendo Entertainment System, and one of the best NES games regardless of the genre. Even today, players will find it extremely enjoyable to play, especially if you take full advantage of the 4-player mode. And honestly, I had just as much fun revisiting RC Pro-Am II as I had when playing Mario Kart 8. This is one of the finest video game sequels ever created and it’s a shame it hasn’t received more credit. Usually when browsing the internet, I notice RC Pro-Am listed as one of the 100 greatest Nintendo games ever made, but I’ve never seen mention of the sequel on any of these lists. 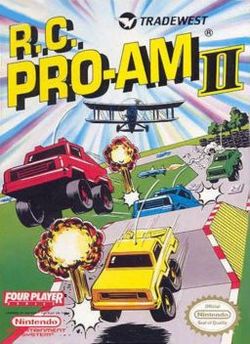