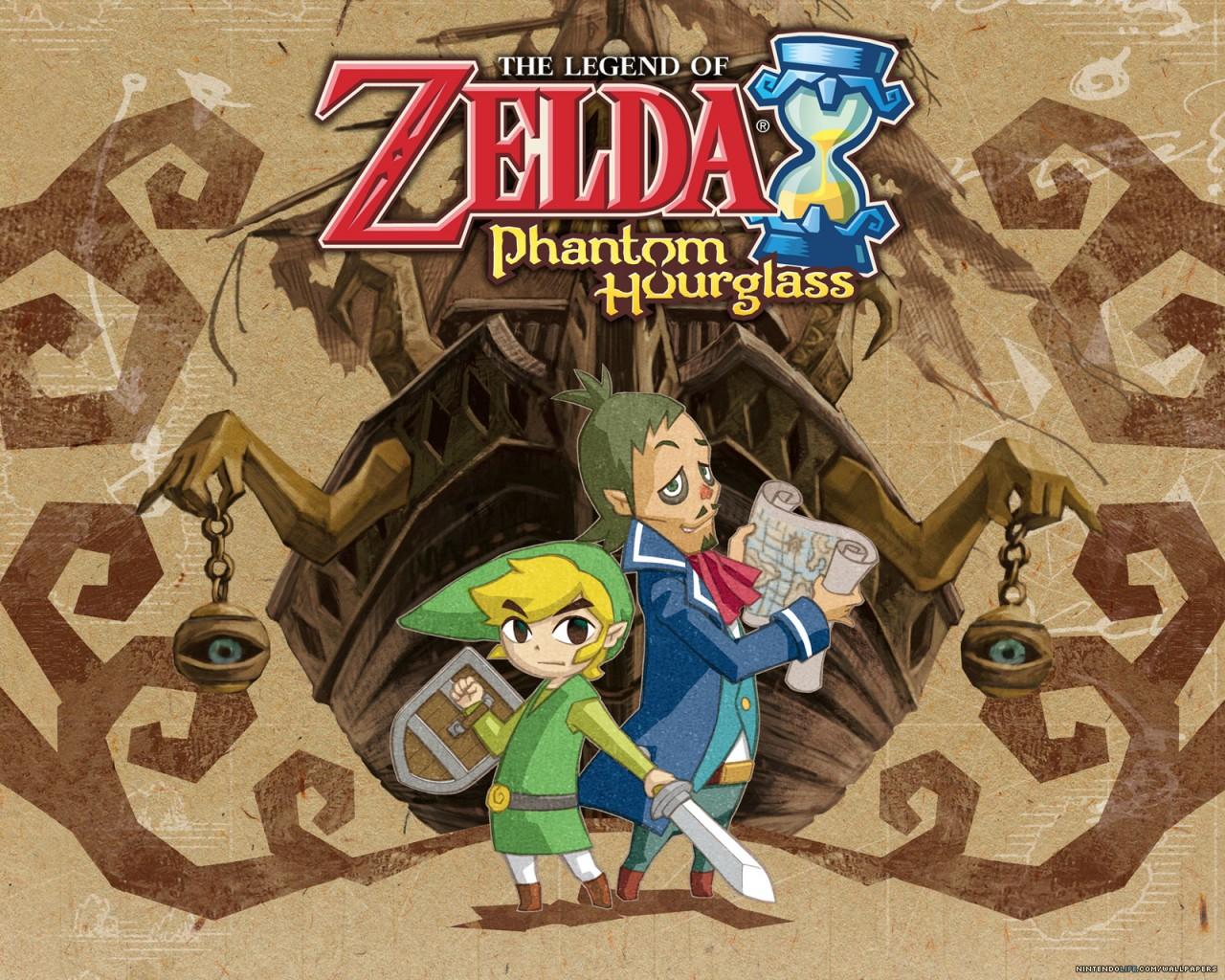 No Legend of Zelda is complete without a game-defining gimmick of their own. A Link to the Past pioneered the dual worlds mechanic; Ocarina of Time heavily features time travel, and The Wind Waker made extensive use of sailing in favor of a more traditional approach to exploration. Just about every entry in the franchise can be linked to one core principle that defines Link’s adventure in said title. As the series progressed, particularly after The Wind Waker, Nintendo’s main gimmicks for the series began to feel more like afterthoughts instead of thought-provoking measures for freshening up the series.

Neither Four Swords or Four Swords Adventures bring out the true potential of its multiplayer angle; The Minish Cap’s shrinking for Link is just the dual worlds mechanic from A Link to the Past; and Link’s wolf form in Twilight Princess fails to influence the core design of the game meaningfully outside of a few specific moments. Perhaps in response to the series’ decreased cohesion in regards to its gimmicks, Phantom Hourglass took a more unified approach, embracing its novelties as earnestly as possible. Unfortunately, if titles like The Minish Cap and Twilight Princess don’t make enough use of their gimmicks, Phantom Hourglass makes too much use of its many.

Which is, in itself, its greatest flaw. Phantom Hourglass does not have just one main gimmick. On top of being played entirely with touch controls, Phantom Hourglass includes a drawing based sailing system, a customizable ship, map focused note-taking, and a central dungeon that Link revisits periodically over the course of his adventure. Each of Phantom Hourglass’ gimmicks is conceptually strong enough to carry a game of its own, but they end up playing against one another when stuffed into the same title.

This isn’t to say any given Legend of Zelda can’t feature multiple gimmicks. After all, Majora’s Mask had masks, a looping three-day cycle, and dynamic 72-hour schedules for its NPCs. The difference between Majora’s Mask and Phantom Hourglass, however, is that the former’s gimmicks are thematically relevant while tying into the core gameplay. There is a cohesion to Majora’s Mask’s design which allows there to be an ebb and flow to its three-game defining gimmicks. The same simply cannot be said for Phantom Hourglass.

Rather than tying each of its gimmicks into the game’s core design, Phantom Hourglass takes a more disjointed approach where its staple mechanics rarely play off each other in any meaningful way. Touch controls are obviously the most prominent feature, playing an active role from start to finish, but how it influences the rest of the game is more so because of the inherent nature of such a system instead of engaging design on Nintendo’s part.

In truth, as polarizing as the DS Zelda’s touch controls are, it isn’t nearly as damaging as Phantom Hourglass’ other contrivances. It, at the very least, demands an abstract approach to dungeon and puzzle design even if Nintendo does ultimately fail to pull out all the potential found within the concept. Had Nintendo stuck solely to touch controls, Phantom Hourglass still likely wouldn’t have found itself in the upper echelon of the franchise, but its legacy would be a bit cleaner, serving as a careful attempt to shake up the foundation on Nintendo’s part. Instead, Phantom Hourglass doubles down on offering as “unique” a Legend of Zelda as possible.

It isn’t enough that Phantom Hourglass should be controlled entirely via the DS’ touch screen, it also “needs” the Temple of the Ocean King, note-taking, and sailing. Of the bunch, note-taking is the least harmful and the only one that directly ties into the title’s core mechanics in a meaningful sense. Of course, in a game where everything is controlled with a stylus, players should be allowed to jot down details on their map for later use. Dungeons even make use of this feature by allowing Link to pay for temporary markers on his map that he can then draw down as physical reminders.

The Temple of the Ocean and sailing don’t play off of Phantom Hourglass’ strengths nearly as well. The former, especially, drags the game’s overall quality down considerably. The idea of a central dungeon that Link revisits multiple times is fine enough conceptually, but the Temple of the Ocean King, coupled with the game’s inherent touch controls, makes for an exhausting visit every time save for the last when players can just brute force their way through the dungeon.

Coupled with touch controls, the Temple of the Ocean King simply adds too much to Phantom Hourglass on a design level. It is influenced by the main gimmick only superficially. The Temple of the Ocean King isn’t designed to make the best use of the control scheme. The dungeon itself feels more in-line with Link’s first visit to the Forsaken Fortress in The Wind Waker, prioritizing stealth and light puzzle solving over a more engaging approach. While fine enough for The Wind Waker’s introduction, such a drawn-out approach that lasts the entire game doesn’t work in Phantom Hourglass’ benefit.

On the subject of The Wind Waker, sailing makes a rather lackluster approach. Like with the Temple of the Ocean King, sailing ties into the core touch control mechanics merely on a surface level. Rather than allowing players to control the trajectory of their ship, Link has to plot a course on his map by drawing. His ship then auto-sails to the desired location with minimal interaction from the player to keep Link alive.

Not only has sailing been watered down from The Wind Waker, but it’s also a gimmick that was already used to its fullest in a previous entry in the series. The only reason Phantom Hourglass brings it back is that it is a direct sequel to The Wind Waker, but that’s hardly justifiable as The Adventure of Link, Link’s Awakening, and Majora’s Mask– the series’ previous direct sequels- all differentiated itself from its predecessors. AoL is a different game entirely; Link’s Awakening has nothing resembling a dual worlds mechanic; and Majora’s Mask trades time travel for an identity of its own.

Although The Minish Cap and Twilight Princess make poor use of their core gimmicks, every other facet of their design still results in two of the stronger entries in the series. They aren’t exempt from criticism and Nintendo was in the right to try to course correct with a more focused approach after Twilight Princess, but the problem is, ultimately, that Phantom Hourglass is only focused in theory. On paper, it’s easy to see how every gimmick ties into the touch mechanic, but the execution leaves quite a bit to be desired.

There is no cohesion to how the touch controls influence the Temple of the Ocean King, note-taking, or sailing. They’re all simply tossed into Phantom Hourglass because they should, theoretically, play well off of each other. Unfortunately, so many gimmicks trying to take center stage results in a wildly inconsistent adventure bogged down by the desire to be unique and reinforce the idea that every Legend of Zelda needs a major gimmick. That isn’t the lesson to take away. Rather, every Legend of Zelda needs a focused identity.

Phantom Hourglass is caught between wanting to be a sequel to The Wind Waker while trying to respond to criticism the post-Oracle side of the series. The core design has too much going on all at once, making PH feel less like an entry in the series and more a spin-off in the same vein as the Four Swords duo. Touch controls with a more focused approach to The Legend of Zelda’s inherent design would have resulted in a game with a strong gimmick. There is no reason why Phantom Hourglass needed the Temple of the Ocean King or sailing. Phantom Hourglass overloads itself with content it doesn’t need, sinking a good game before it can ever float.