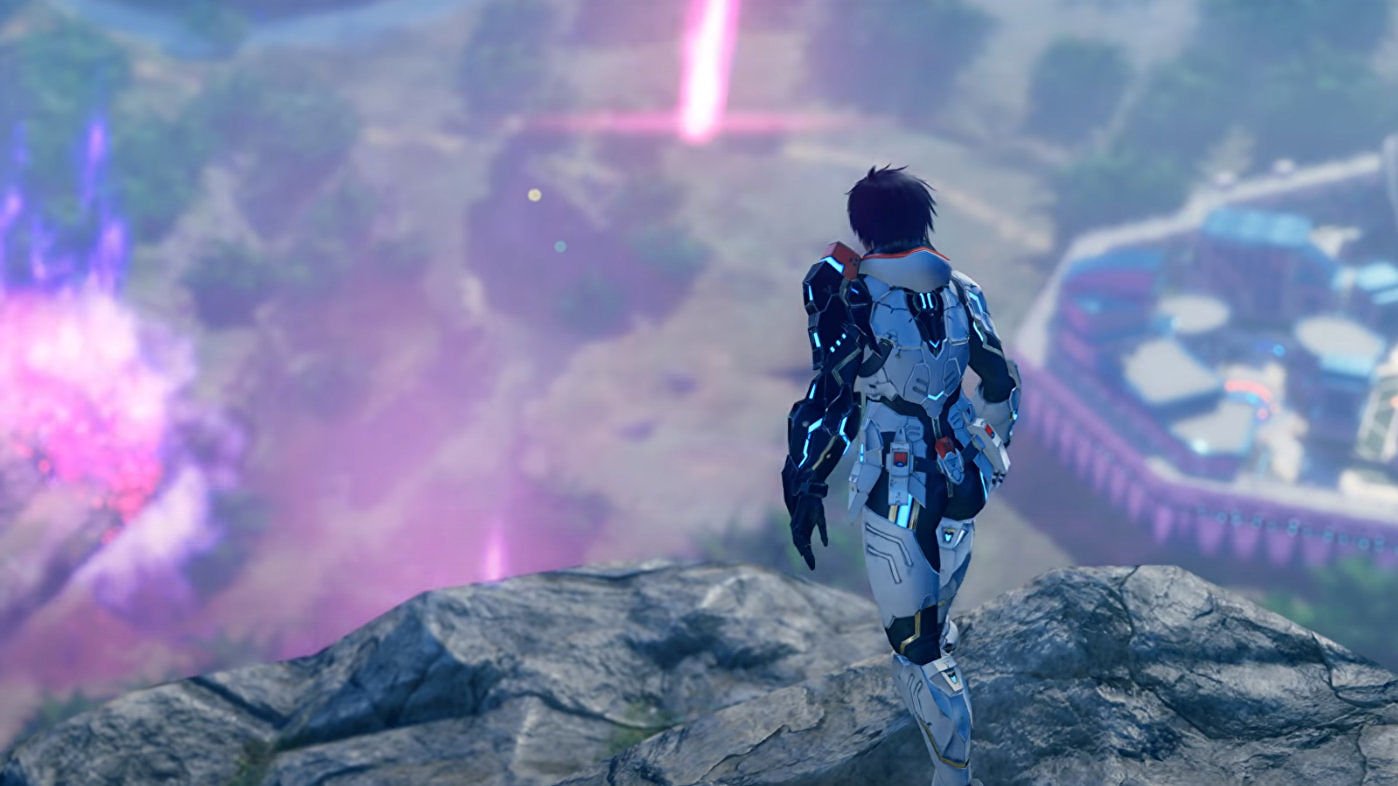 Sega just wrapped up a closed beta test for their upcoming Phantasy Star Online 2 New Genesis MMORPG and we got to join in on the sci-fi fun. The full launch may be right around the corner but here are a few key takeaways from the beta to tide you over in the meantime. Note that this beta included practically zero story content so there won’t be any commentary on that.

It probably goes without saying, but New Genesis has received quite the significant facelift over its nearly decade-old vanilla version. Character models have crisp, new textures that make them look less like the porcelain dolls of old while environments are more densely packed with foliage and come with nifty lighting effects that add to the ambiance. A funny little quirk that’s resulted from New Genesis being attached to Phantasy Star Online 2 is that many of the character creation options from the vanilla version are available here, but they haven’t been touched up in the slightest. This can lead to the comical mismatch of a high-quality model with a hairstyle whose polygons and edges you could cut yourself on.

Truth be told, from a raw fidelity standpoint New Genesis’s visuals are not anything to write home about. Where the new MMO makes up for this, however, is its varied environmental designs.

The beta featured five zones to explore and while some were like the usual grasslands or mountain trappings of JRPGs, others were far more alien in nature such as an area populated with iridescent plants that set an eerie atmosphere. This approach of creating inherently interesting environments to look at to supplement otherwise acceptable graphics works to New Genesis’s advantage and drives the game’s main draw over its predecessor: its open world.

New Genesis features a seamless open-world to explore, the keyword here being “seamless” because there’s not a load screen to be seen after logging in! You can leave the starting city, climb a distant mountain, then jump off the peak and glide right on over the city to the opposite side of the map a la Breath of the Wild without the journey ever coming to an artificial pause.

While this isn’t the first time we’ve seen gliding and a seamless open world, this is one of the first — if not the first — MMO to feature both of these aspects in one package. While flying mounts have been a staple of MMO’s for ages, they’re not quite the same as seeing dozens of other players simply jumping and gliding around on their photon boots in every which direction. While you can’t climb any surface you come across, a super speedy dash, a super high double jump with wall jump, and photon updrafts in particularly vertical zones make sure you’re never left wanting in the mobility department making the simple act of exploration a joy.

And there is fortunately a fair amount of reason to explore too. Cooking ingredients and mining outcrops dot the landscape to utilize for stat boosting meals and crafting of armors and weapons. World bosses stalk the lands waiting for a band of heroes to take down for loot but most importantly are the cocoon structures you will find.

Cocoons are like Shrines from Breath of the Wild; they’re self-contained challenges that can be taken on either solo or in a party. There were six cocoons to find in the beta and even in just that small sampling there was an impressive amount of variety on display. One cocoon put us in a platforming challenge that restricted our gliding ability, which was the greatest showcase of just how good movement in New Genesis can feel. Another cocoon was a time trial of sorts that tasked us with seeking and dispatching fodder enemies in the allotted time. The most involved cocoon was more along the line of a traditional MMO dungeon with small encounters leading up to a final boss fight, but even that one had the optional objective of seeking out the point cubes hidden throughout. Hopefully, that variety hold in the full launch, because completing Cocoons award all-important Skill Points, which you no longer receive simply from leveling up your classes.

Combat has been tweaked from PSO2’s vanilla incarnation. The most obvious change is the omission of perfect attacks, those rhythmic blue circles that you had to nail with every single attack to get the most of your assault. Perfect attacks are meant to keep players engaged in the combat and prevent button mashing, but they do introduce a stiffness to vanilla’s combat.

Kicking perfect attacks to the wayside gives New Genesis’s encounters a satisfying flow. Laying on the hurt with a thousand punches then swiftly dodging and countering as the Fighter was endlessly satisfying and PP management encourages split-second decision making; you don’t necessarily feel the omission of perfect attacks.

The increased mobility of your character also played into combat with behemoth-sized enemies being a common occurrence. Using your high jumps and glides to position yourself around enemies to strike their weak points was pivotal. Some particularly burly enemies — like the titan-esque boss at the end of the dungeon Cocoon — required the use of updrafts to even reach their weak points as a melee class. Once you were in the air you could stay there as long as you were attacking, so the aerial game was huge.

The combat skills available for each class were relatively limited for this beta but even with the limited arsenal combat remained fresh throughout the 72 hour test period. It helped that every Skill Point spent felt like a meaningful upgrade like an extra attack in your normal combo rather than just a modest percent increase in damage. There’s no reason to not believe this variety won’t carry through into the full release as you unlock more skills and begin mixing and matching with subclasses.

We won’t have to wait much longer to find out, as Phantasy Star Online 2 New Genesis is slated to launch on PC and Xbox platforms this coming June.