Project Octopath Traveler is poised to be one of the year’s biggest sleeper hits. This gorgeous new RPG is coming from the team behind the beloved Bravely games on the 3DS, something fans of the series will undoubtedly pick up on. This time around, though, Square Enix is playing things a little differently when it comes to release strategy. Their new take on gathering early player feedback was one of the biggest stories of the fall, and it could pave the way for other major developers to implement similar ideas. Let’s take a look at how Octopath was first introduced and the role that the subsequent demo played into the game’s hype cycle.

Nintendo’s 2017 January Presentation was far from a home run in several respects. The presentation was catered more towards Japanese investors than gamers, and as such Nintendo spent significantly more time on hardware and votes of confidence from cautious third-party publishers than exciting game reveals, trailers and demos (though there were certainly a few of those as well). Project Octopath Traveler’s introduction to the public ended up being somewhat muddled as part of a rather lackluster third-party showcase. What was gleaned from the reveal trailer, however, looked incredibly stylish and reminiscent of classic old-school JRPGs with a modern coat of paint. It was largely this art style that garnered the game attention, and though it failed to make headlines compared to the release date of Breath of the Wild and the announcements of Super Mario Odyssey, Splatoon 2 and ARMS, the seeds were successfully planted.

Fast-forward to September and Nintendo holds their first major Direct since E3. Next to bombshell announcements like DOOM and Wolfenstein 2 coming to the Switch, Octopath was highlighted as one of four spotlight titles that received more in-depth coverage. This was the first time we heard anything about the game since January, and yet by the end of the presentation, it managed to be just as anticipated as games that had been hyped for months. The spotlight showcased everything from enticing character-specific mechanics to the game’s Bravely-inspired battle system, all the while in glorious HD-2D. The game showed well, giving viewers enough of an introduction to two of the eight protagonists (Olberic and Primrose) to get them invested in their stories and abilities. And at the end of such a strong showing, Square Enix made the move that everyone was hoping for: they released a demo right after the Direct.

It speaks to Project Octopath Traveler’s quality that its demo–the demo of a game so early in development that it’s still going by its working title–legitimately stood out in what is arguably one of the best launch years for a console in gaming history. It boldly allowed Switch owners to play the first hours of both Olberic’s and Primrose’s storylines, similar to other recent RPG demos like Monster Hunter Stories and Etrian Odyssey V. This can be a tricky strategy for an RPG demo specifically; if the game doesn’t have a gripping narrative in the opening hours, players might decide against investing in the complete experience. Luckily, Octopath overcomes this in two ways: 1) The opening hours of Primrose’s campaign were dark and genuinely engrossing enough to create a good amount of hype around the game, and 2) The fact that there are six other characters–all with their own backstories, abilities and perspectives–promises to provide enough variety to make the game worth it to players who didn’t enjoy either of the characters in the demo. 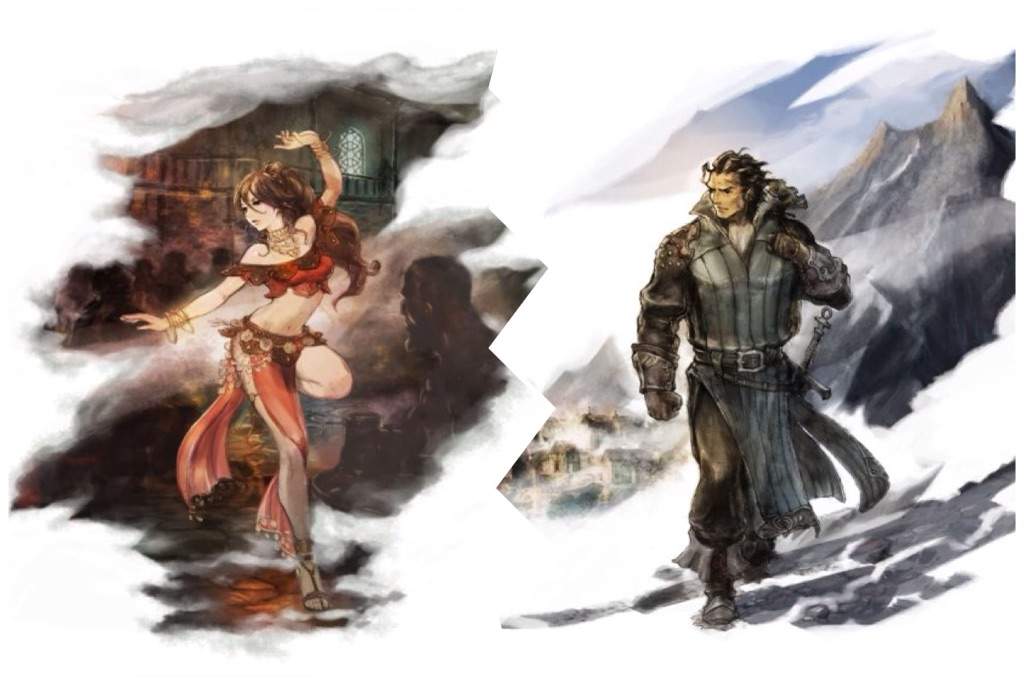 And now we come to where Octopath’s approach to feedback deviated from the norm. Instead of offering a demo as a way to entice players to buy a game, Square Enix put the demo out primarily to gather mass amounts of player feedback. In an unprecedented move, players with a Nintendo account linked to their Switch were sent a survey via email directly from the developer. This survey asked players about their preferred character, what they did and didn’t like about the game so far, and what they would like to see in the full game. It was a rare chance for gamers to actually have their voices heard, and in the end, the survey received 45,500 responses worldwide before it was cut off after six weeks.

At the end of January 2018 (approx. three months after the survey cutoff), Square made an announcement going over the various improvements made to the game based on fan feedback. They addressed major issues like slow character movement, lack of skip travel and unskippable cutscenes, but also fixed smaller grievances from the community such as toning down the bloom effect, streamlining the UI and implementing a radar that helps players notice important objectives. While some of these issues might’ve been ironed out further in development, things like needing to press an extra button to run or the lack of a directional indicator might have stayed in place until release if the developers hadn’t taken the time to reach out and see what the most common complaints were. Players who participated ended up feeling respected, helpful and invested, and even those who didn’t were granted a bit more faith that the game will turn out well because the developers actively addressed player concerns.

Of course, this approach isn’t feasible for every development studio out there. Putting whole early builds of games on platforms like Early Access can be vital for devs who need monetary support to continue development. Likewise, some devs might not have the resources to finely polish the first couple hours of a game many months before release for a demo that conveys the end product as accurately as possible. That said, larger developers and resource-sufficient indie devs could see great benefits from adopting this model as opposed to releasing numerous post-launch patches in response to fan outcry.

Instead of dealing with the negative initial press and poor reviews before making the game better over time, why not release a demo during development and actively seek out player feedback? It’s essentially the ideal Early Access, one wherein developers can get vast amounts of feedback while players don’t have to invest or commit until the game actually comes out. Both indie games and AAA titles could have benefited from this approach (TumbleSeed and Mass Effect: Andromeda come to mind, respectively). With a company as massive as Square Enix leading the charge, there’s hope that this move will set a new standard in the years to come.