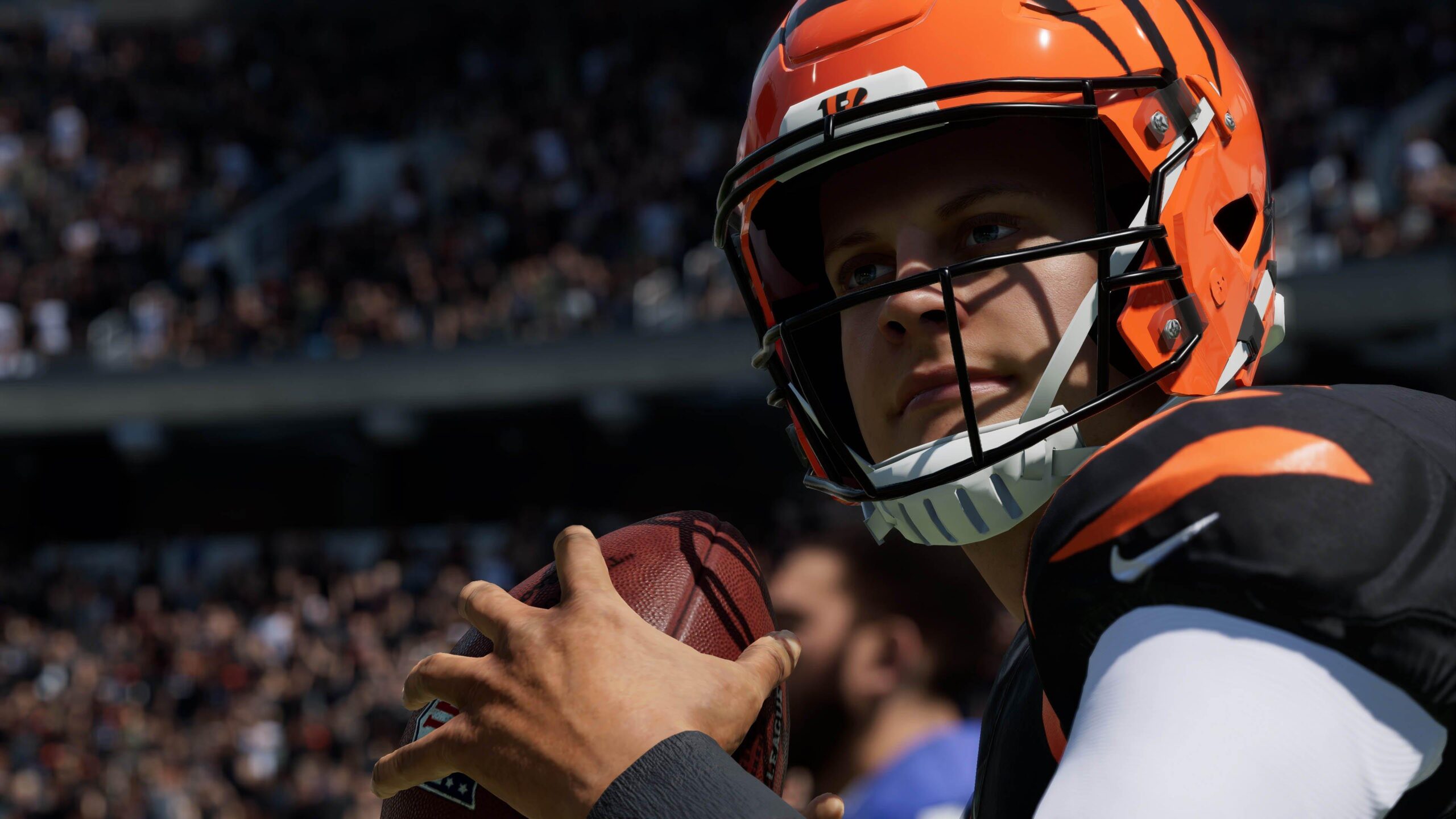 Madden isn’t exactly known for changing a lot between entries. Like most annualized series, the soup can feel like it’s getting thinner every year. After all, with every tweak and change comes the risk that something gets broken that, previously, worked just fine.

Well, I’m happy to report that this year’s Madden avoids that problem, redefining the classic football series in a way that feels both fresh and closer to the on-the-field product than ever before.

One of the ways that Madden NFL 23 innovates on the series’ already strong existing football product is in how it removes some of the “gamier” elements that made Madden NFL 22 a chore. Gone are the insanely-strong QB runs, which allowed quarterbacks like Patrick Mahomes and Lamar Jackson to completely dominate defenses, even with QB contain schemes activated. Now, rolling out with the quarterback, either for extra time to pass the ball or to activate the run, is more dangerous than it was last year, with defense linemen and linebackers reacting more realistically to a quarterback running right past them.

The run game, for everyone but especially running backs, feels more realistic than ever. The addition of a hard pivot button, a button-mashing minigame for making progress when caught up during runs (which comes with its own risk/reward mechanics), and over 3500 new animations make the game feel more like the gridiron than ever before. I discussed it in greater depth in my initial impressions of the game, but, needless to say, running the football feels better than I ever remember in any previous entry.

Airing the ball out has also had a significant rework that feels great in use. Freeform aiming, accomplished by holding down the left trigger and moving a reticle that appears on the ground, adds a nuance to the gameplay that was notably absent in Madden NFL 22. Want to place the football right outside of your wide receiver’s catch radius? You can. Want to thread the needle and pass it ahead of your slot receiver on a slant route? You can. Want to play it safe and toss it to the back of the endzone, hoping your receiver either makes a play or the ball zooms inertly out of bounds? You can. The ways in which you can control the ball now feel much better, an enormous improvement on what the series previously offered.

Nevertheless, there are some issues. There were slight frame drops on my Xbox Series S between plays. Swatting the ball can lead to some hilarious completions, as the various DBs and safeties play volleyball with a pass. Interceptions are still comically easy to get if you have the right timing, at least it was during my testing against a human player on All-Pro difficulty. Defenders, especially elite corners, seem to dive well out of their way to secure interceptions in ways that sometimes look unnatural and strange. It doesn’t feel the worst, but it could use some tweaking.

My Story, not Friday Night Lights

Madden’s story mode has also seen some improvements this year, taking a “more is less” sort of approach. In lieu of something more substantial, this year’s story mode sets your player character up as a veteran with a few years in the league, a refreshing departure from the normal “gifted rookie” stereotype of years prior.

Another bonus is the ability to skip story cutscenes entirely. A lot of sports games (*cough* NBA 2K), confuse telling a full voice-acted story with characters as being the next He Got Game, expecting you to care about characters that aren’t really all that important to the main story instead of just being a wish fulfillment simulator.

In this year’s Madden, they’ve gone full wish-fulfillment simulator. Upgrades come quick to the player character and, thankfully, aren’t as heavily tied to the infuriating microtransactions that define games like NBA 2K. Starting off as a so-so veteran who improves over time is a fun dynamic that isn’t as fully featured as in previous years, but is still a lot of fun.

I won’t pretend to know the ins and outs of the NFL salary cap in Franchise mode as well as other people, so I’ll leave a judgment on Franchise mode up to those with more experience, but the overall look and feel of Franchise are roughly similar to previous years. EA has noted that they’ve improved various aspects of the Franchise mode for this year, with improved free agency amongst other changes, but it’s difficult for someone like me to tell the difference.

Like previous years, “The Yard” is still a bunch of fun, allowing for crazy plays and insane laterals in an online 6 v 6 format. Madden’s engine isn’t necessarily the best for the kind of crazy, off-the-wall angle that they are going with for this, but it works well enough that it’s never a distraction. It does make me miss the days of really creative arcade football titles, a genre that I hope we see a revival of in the future.

Ultimate Team is another longstanding feature. You collect cards, build a team, and work at it over time. It’s never been my thing, but it’s a popular mode that’s back in the same shape it’s been in before. Whether or not you enjoy it will depend on your tolerance for a grind and—well—how much you enjoy playing Madden at the base level.

This year’s game comes with a lot of extra John Madden, given that it’s a celebration of the eponymous coach and broadcaster’s life. It’s a great touch that never feels sappy or cynical but feels like a legitimate celebration of a man who meant a lot to those in the American football community. The Madden Legacy Mode is emblematic of this, a fun extra that replaces the usual Super Bowl matchup upon booting up the game. We’re all sad that Madden is gone and these aspects of Madden NFL 23 do a great job of memorializing him without EA seeming like they’re cashing in on his passing.

I’ll make it simple. This year’s Madden is great. I really enjoy the new passing system, reworked animations, and hard cuts, which all make this year’s product feel better than ever. While there are some issues and a lot of the modes feel cut-and-pasted from last year, this year’s Madden product plays as well as it ever has before.

Whether or not it’s worth the $70 EA is charging for it on next-gen is up to you, but I personally find the upgrades make returning to Madden NFL 22 incomprehensible. The changes and the improvements offered in this year’s Madden make it one of the most interesting and engaging entries in the series to date.