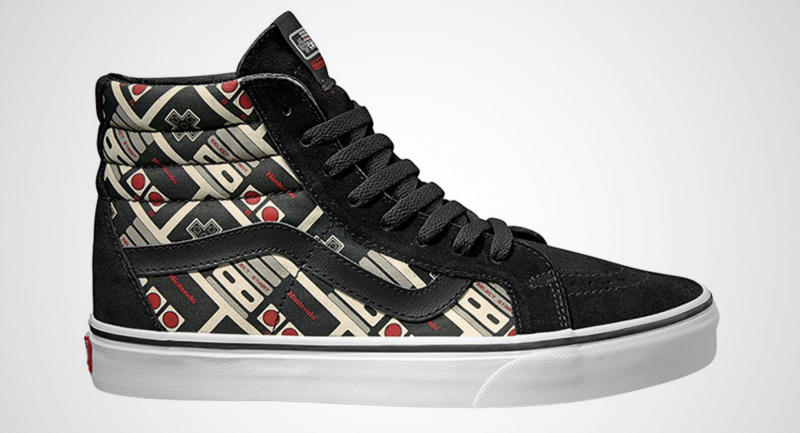 Shoe, apparel, and accessory retailer Vans has designed a line of Nintendo themed footwear, stated to release in June by Europe-based sneaker store 43 Einhalb. This is not the first time that Vans releases popular-culture-themed merchandise. With the release of its Star Wars and Disney collections in 2014 and 2015, respectively, Vans has an established presence with reference-heavy apparel. The current list of designs for this lineup includes images from Super Mario Bros., Legend of Zelda, Donkey Kong, and Duck Hunt and Vans’s Authentic, Sk8-Hi, Old Skool, and Slip-On shoe styles. Fans of Nintendo’s retro era will be excited to see the majority of designs focus on an 8-bit art style, classic character designs, and even the NES controller itself. While the included ten designs prove to be attractive enough for any collector of shoes or Nintendo merchandise, previous collections indicate that this release will be followed by multiple new shoe designs, apparel, and accessories throughout the series’ lifespan.

All images courtesy of Solecollector.