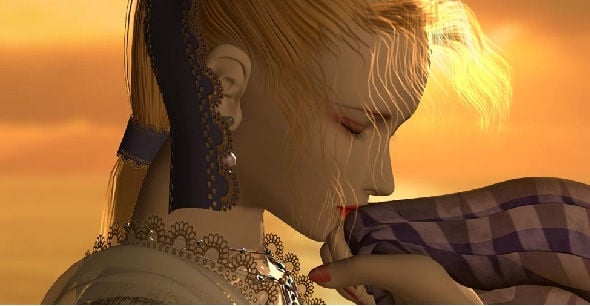 There are an endless myriad of games that have faced the mighty wand of censorship over the years. There’s Final Fantasy VI‘s attempted suicide scene, the blood turned magically into “sweat” in the SNES version of a not-so-Mortal Kombat, the Muslim inspired music and symbology of The Legend of Zelda: The Ocarina of Time, and, of course, the infamous “hot coffee” incident in the coding of Grand Theft Auto: San Andreas.

It’s no surprise really, when you consider the progeny of censored media that came before it. Music, one of the oldest forms of art in existence, has gone through plenty of censorship issues over the course of the last 40 years, particularly in the rap, punk, and metal genres. Comics also struggled with various issues deemed “too offensive” to be dealt with or understood by its perceived youthful culture, and discussion continues to this day of the Motion Picture Production Code, and the various auteurs who attempted to defy it through inference and obfuscation.

As a form of media that is younger than all of the above, video games are still suffering from a sort of stagnation by conservative and republican representatives worldwide, even as they are gradually escaping these attacks through a more liberal, artistic look at the medium. The advent of the indie scene, which allows for the exploration and presentation of more controversial topics without the fear of retribution from policy representatives or a pull of advertising from big business, is further solidifying the place of video games as an artistic front where creators are free to explore the ideas they wish to present in their stories. But again, like other forms of media, there have been a lot of hiccups along the way. There are countless instances over the years of a sort of exploitation movement that is akin to what occurred with film in the 1970s. Titles like Carmageddon, Soldier of Fortune, and dozens of others, appeared to be pushing the envelope just to see how much they could get away with. Rockstar Games was particularly notorious for this, after the controversy of Grand Theft Auto III sparked a firestorm in the media which made them an instant hitmaker, almost overnight. What followed were games like Manhunt, a gruesome example of excess, featuring exaggerated snuff videos that largely served no purpose to the overall narrative.

Even Sony became guilty of this fad. After getting away with the nudity, casual misogyny, and brutal violence of God of War, the company increasingly pushed its God of War titles to become more titillating and excessive as the years went by. The Gears of War series (note the similarities in the title), financed by Microsoft, seemed to follow a similar pattern, after getting away with a barrage of expletives and a chainsaw-mounted assault rifle in the original title.

With video games being largely legitimized after the failure of several major lawsuits against developers and publishers, usually instigated by politicians seeking hot button issues, what was the gaming industry to do about such examples of absurdly overbearing excess in the industry? The answer, invariably, was nothing. Like the other aforementioned forms of media, if we were ever to finally free ourselves from the threat of censorship, we had to allow these self-styled mavericks to pave the way in some regards. There was no use in gaining the extra mileage in artistic license, only to give it back after certain developers misused it. In that regard, we would have to allow the consumer the choice as to what might be deemed “too far” or “too much”. Largely this strategy has been effective, with games like Manhunt, which offered little more than grotesquerie for it’s own sake, being gradually curbed by a lack of sales after the “shock” factor had worn off.

Currently, we find ourselves in an untold age of pure, creative freedom for video games, with the advent of Steam and Kickstarter allowing us to go further down the rabbit hole than we ever imagined. While this will arguably, and invariably, lead to excesses of its own, at least, and at last, we finally have the opportunity to decide these issues for ourselves with impunity.