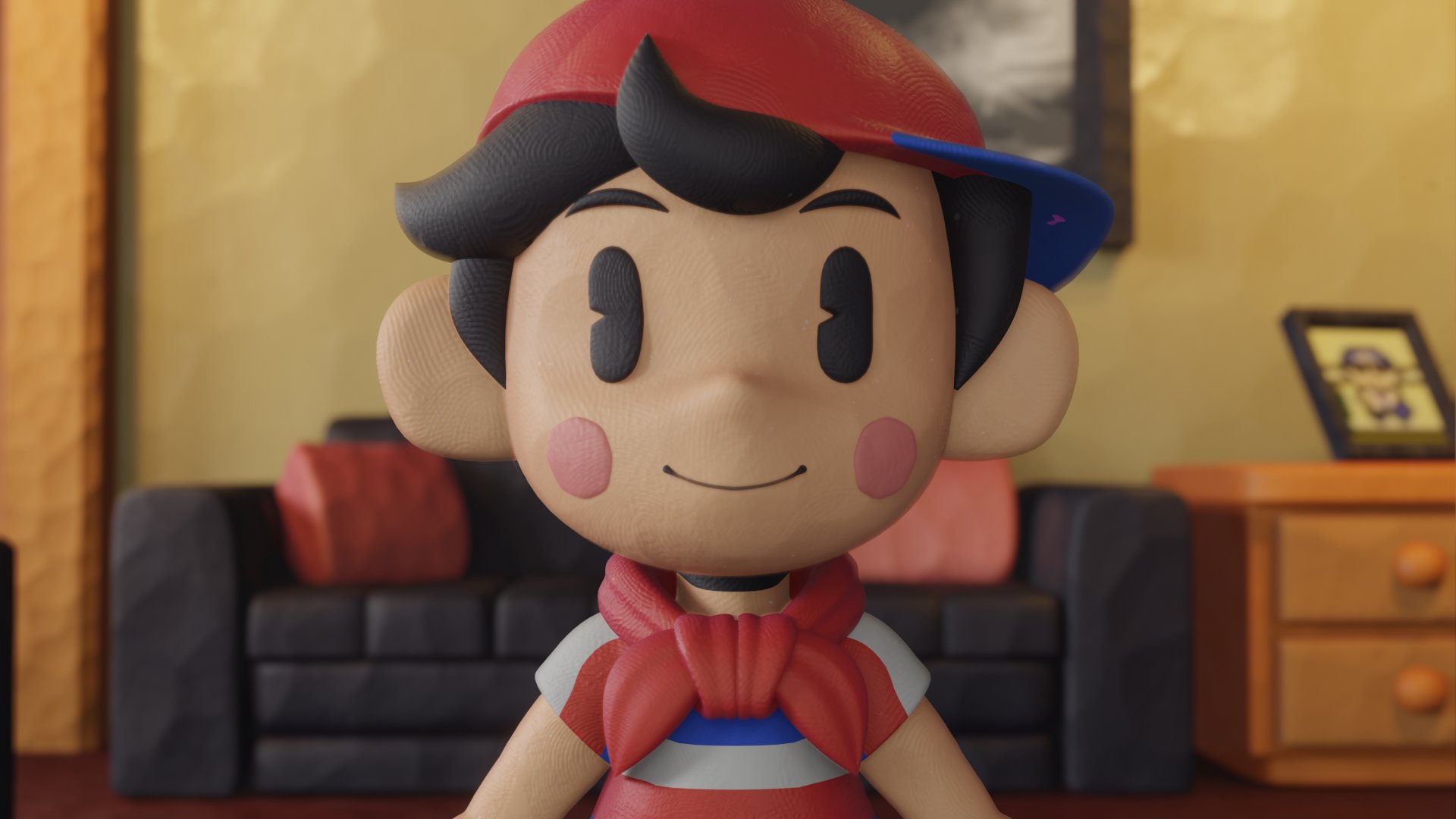 MOTHER/Earthbound is one of Nintendo’s most well known franchises, with fans from all over the world coming together to enjoy the Japanese game series which started way back in 1989. The game came to Japan first in 1989- released for the NES (which was then called the Famicom before it was remodelled to a NES) worldwide in 2003- on the GameBoy Advance. As you can imagine, the game had simple graphics due to the time it was released, but one dedicated fan decided to recreate some images of the game using 3D art to show what it might look like if it were released today.

The artist in question is a game developer and 2D and 3D artist by the name of Ezequiel on Twitter (he also has his own studio called Pizia Studios where he has worked on a game called Master of Wills) and his art is absolutely fantastic. Ezequiel is clearly a huge fan of MOTHER as his art perfectly brings the game series into the 21st century whilst maintaining a familiarity with his chosen art style. It seems to be replicating stop motion animation as the textures of the characters look like clay when you look at the characters up close. You can even see little imprints of fingerprints on them. Now that is the kind of attention to detail that I am here for. My favourite element of his artwork is the character designs. He could have easily made Ness look like his Super Smash Brothers 3D model but instead he gave him a unique and adorable style that fits the all of the Earthbound characters well. Paula and Jeff are also well redesigned, particularly Paula who sports a super cute pink outfit.

I love when artists create their own interpretations of well-known franchises- be it video games, films or television shows- and Ezequiel’s work is no exception. It is clearly a labour of love for a franchise that they care deeply about. Make sure to check out Ezequiel on Twitter here and Pizia Studios at the link above.