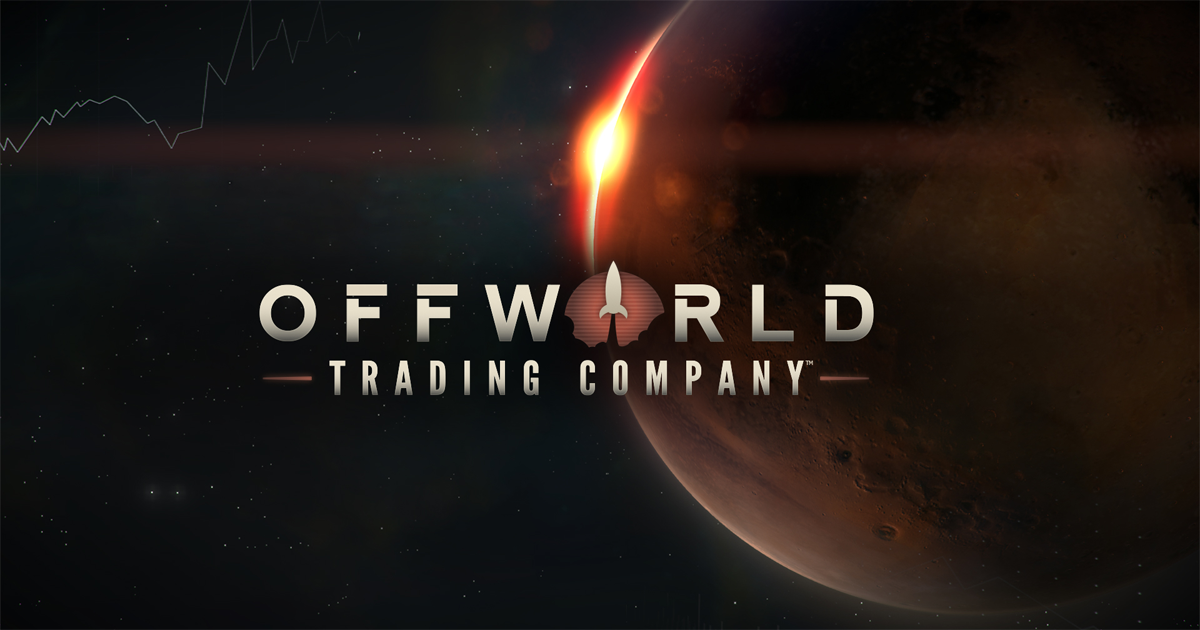 When you think of space and sci-fi adventures, chances are you’re probably imagining yourself as Han Solo or Samus Aran, flying around the cosmos jumping from one bounty to the next, staying one step ahead of anyone trying to put a blaster round through your skull. Offworld Trading Company, on the other hand, puts you in the pants of an interstellar entrepreneur trying to profit from the new expanse of the Red Planet. Is this your chance to be the next Warren Buffet, or does it come off more like Donald Trump?

There’s virtually no plot to speak of in OTC, rather short snippets of backstory for the various companies that you can take control of. There are four different colonies each with a specialization that slightly alters how they play. There’s a science colony that allows you to build refineries on their base resource to cut out the middle man, the expansive colony that gives you extra land claims to place more buildings, the robotic colony that operates without life support allowing you to freely sell all food and oxygen harvested, and a scavenger colony that uses alternate building supplies and faster use of their criminal contacts. Each change up gameplay just enough to feel distinctive, and it’s worth it to try them all out before settling on a favourite. 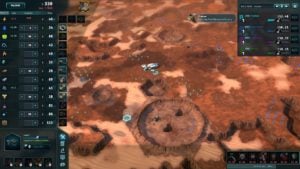 Much of the game is spent looking at menus, with the action on screen being a secondary focus.

Gameplay starts with you scouting a location for your base, based on local resource deposits and the terrain around you. Once your base is placed you’ll need to start gathering resources like power, water, food, and building supplies to expand your base. The trick is you only have so many land claims, doled out by the UN, so you can’t go wild placing facilities. You’ll need to upgrade your base to earn more claims, which you’ll need to generate resources to keep your base running or sell for cash. Eventually you’ll either reach the end of the mission or buy out all of you’re opponents, provided you don’t go to far into debt that they buy you for a song.

Money is everything in OTC, and everything feeds back into making or losing money. You’ll have your profits that you can spend on upgrades and black market actions to slow down the competition, but you’ll also accrue debt by spending to much at auctions or not having the right supplies to keep your base operational. As your debt goes up your stock price goes down, and if your stock becomes too cheap you’ll likely be bought out by the competition. The same goes for them of course, and playing smart with your money and paying attention to the market is key to victory.

There are three singleplayer modes: skirmish, campaign, and a daily challenge. Skirmish and daily challenge place you on a random or pre-made map against AI for a single game, while the campaign has you completing objectives based on the map to drive your company’s profits up. Both are OK, but the AI can quickly become predictable and exploitable, and don’t have the reactivity to make them interesting past a few levels. It’s also worth mentioning the exhaustive tutorials, which do a fantastic job of explaining the various gameplay mechanics over the course of several missions.

To that end, multiplayer is really the lifeblood of OTC, and playing against beings capable of actual thought is both more challenging and more enjoyable. You’ll need to constantly be on your toes watching your supply chains and the markets to know when to sell, and it makes manipulating the market and using sabotage much more satisfying. Multiplayer games are easy enough to start, and generally stable throughout the whole experience.

Graphically OTC is decent enough, but there’s just no real way to make Mars look exciting. Most of the game is plastered in browns and reds of the Red Planet, and it makes every map look exactly the same. Except for their HQ building, all the factions look the same too, and while it’s nice to watch your supply carriers as they move along their routes, there’s really nothing spectacular to look at. The upside is OTC isn’t a system hog at all and it shouldn’t be any trouble to get a decent framerate and take full advantage of the game’s graphics. 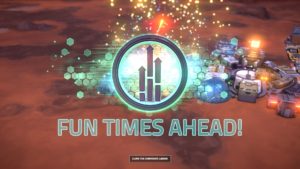 Beating a mission shows brief glances of the game’s great sense of humour.

The worst offender is the UI. OTC might have one of the most oppressive and overbearing UIs I’ve seen in a long time. It’s massive, easily taking up more then half the screen with various charts and buttons. It’s not unnecessary; there’s a lot of info to be shown here, but it can be bothersome and much of the game is zooming in and out or moving around the map because your visual range is so small.

The audio side fares better, if only due to the fantastic musical score by the Grammy award-winning composer of Civilization 4, Christopher Tin. The music is fantastic, building an air of unease with the promise of glory as your base expands, a rising crescendo that gets more and more grand with each expansion. Unfortunately that’s about it, since sound effects are kept to an overall minimum, mostly just flavor sounds for your buildings or alerts to changes in the market. Voice acting isn’t exactly top notch, coming off as a little robotic, but it’s nothing more then a passing annoyance and is mostly drowned out by the fantastic soundtrack.

It’s hard to make an exciting game about selling commodities and playing the stock market, but by placing the action against a backdrop of sci-fi colonialism, OTC almost makes it work. It’s not an overly exciting game, but it is one that demands calculation and determination to make it through. If you’ve ever wanted to feel what it’d be like to exploit a planet for fun and profit, then Offworld Trading Company is probably just what you’ve been waiting for.