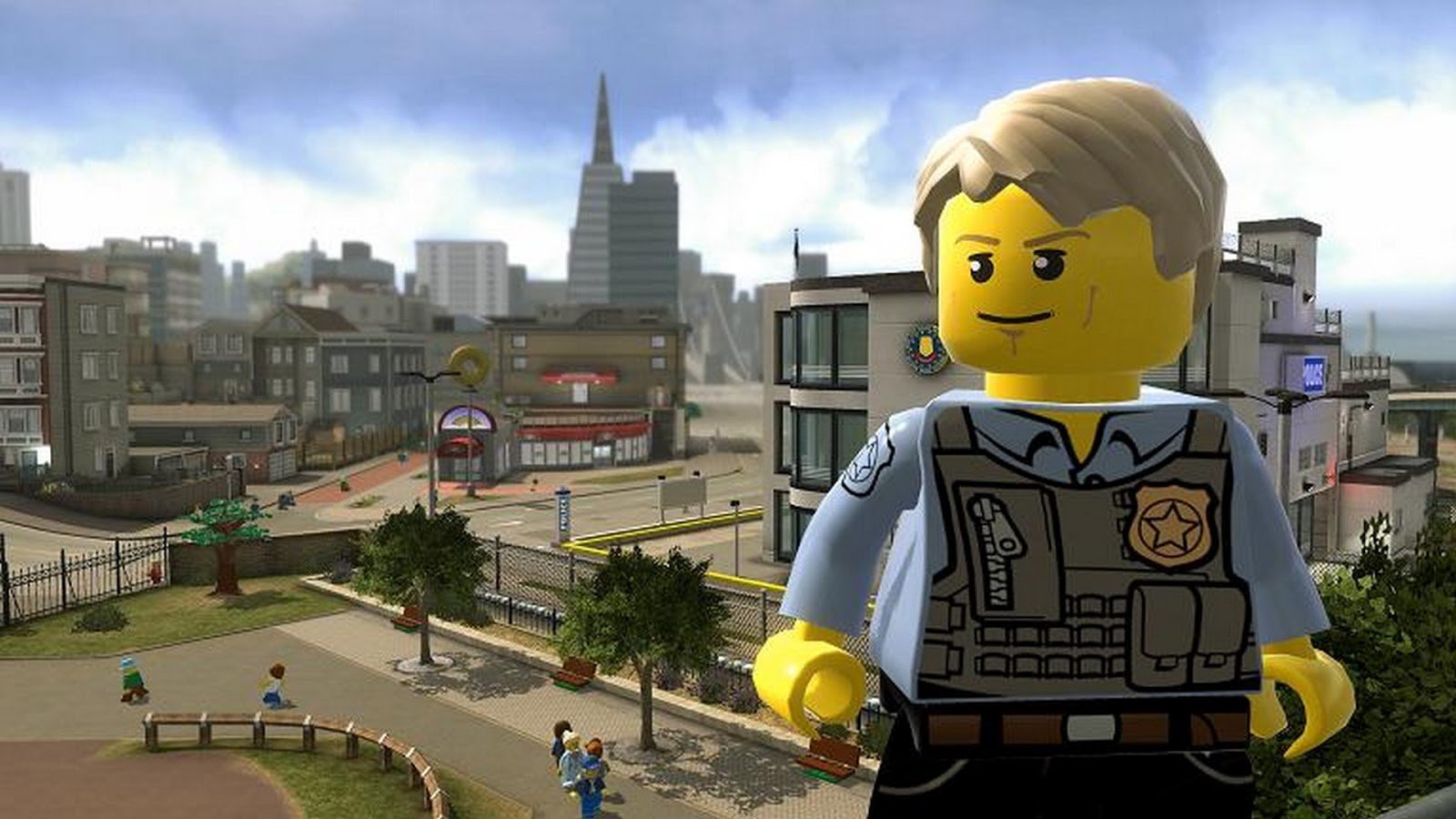 Chase McCain deserves more. As a loyal and comical public servant to the citizens of Lego City and star of a fantastic video game chronicling such, McCain has proven his worth to society. And since there’s only one way to gain notoriety these days if you’re on the Nintendo force, after twice playing through the Nintendo-published Lego City: Undercover, I’ve come to the conclusion that not only is it one of the forgotten gems of the Wii U, but also that I’d be willing to abandon my Amiibo-buying principles to prove it.

In Lego City: Undercover, a Grand Theft Auto-style open-world game, the only way to restore law to the land is to break it. Might as well break the land too. And buildings. And cars. And trees, lamp posts, and swing sets. Actually, just break everything. As supercop Chase McCain, you’re asked to go undercover in order to locate your arch nemesis, the tractor-mower driving Rex Fury. This requires joining up with the various gangs across town and earning their trust by pulling jobs for them, from grand theft auto (naturally) and bank heists to prison breaks and maybe a little B & E. That’s Breaking and Entering to you. It also requires you to dash, smash, and crash your way through the brick-based world, wreaking destruction wherever construction has taken place. Along the way you’ll meet a bizarre cast of characters, including an ego buffoon for a chief, and the obviously mentally handicapped lieutenant Frank Honey. Pop culture references to Dirty Harry, Goodfellas, and a host of other movies abound, both subtle and hit-over-the-head obvious. Clever writing keeps the jokes coming fast, but be warned: if puns are not your thing, you may want to turn the sound down. Developer TT Fusion is definitely in on the corny joke, emphasis on corny. A construction worker who speaks in Arnold Schwarzenegger movie titles is particularly hilarious, as well as a prisoner whose last name, to avoid litigation, definitely isn’t Freeman…

The city is an amazing playground that begs to be destroyed.

The story is good, but Lego games have always had a knack for both witticisms and skillful slapstick. The problem for me in the past has always been the gameplay. I’ve never been able to get into the Lego games too much, be it Star Wars or Marvel, as while some have been more okay than others, it’s ultimately the multiplayer focus that hasn’t really resonated with me. The action is the repetitive beat-’em-up kind that’s more entertaining when working in concert with the person next to you on the couch, and with the combat-heavy focus, it can get a little old for the loner. The puzzles do offer some variety, but they also have a philosophy that also assumes cooperation. I tackle these things on my own, so when a level is designed to have Iron Man, Spiderman, and Hulk splitting up, it can get a little tedious switching back and forth to hit switches that are far enough apart to require splitscreen, juggling A.I. allies that are every so often prone to glitching out and falling to their deaths on endless loops, necessitating a frustrating restart. Most Lego games are meant to be played with a human friend, and it shows.

Lego City: Undercover refreshingly ditches that and creates a fantastic single-player experience in a massive open-world, with a focus on exploration and environmental navigation; you’ll spend more time figuring out how to get from point A to point Z here than mindlessly spamming the punch button, and for my money that’s a much more engaging way to spend my time. No longer are you tethered to drones for their abilities; one man is all it takes, and simply switching costumes with the push of a button allows you to go from pig-wranglin’ farmer to axe-wielding fireman. No time is spent herding; it’s all right there, all the time. This keeps more of a flow going throughout the missions, and means a play session is spent working on the easy but fun puzzles instead of running around doing nothing. Identities are discovered by doing missions, and as usual, there’s plenty of reason to go back and replay old levels once new abilities have been acquired to unlock more characters, vehicles, and those precious gold and red bricks. On the outside, the gamepad is of course used for a handy map where you can plot a course or see points of interest, but it also becomes a police communicator using the built-in microphone, something I’d like to see more of. Some objectives will have you holding it up to scan the surrounding area and pick up conversations, other times you’ll be asked to snap a picture. These are obvious uses for the gamepad, but it was nice to include these interactions that feel less shoehorned in than in other games, and help to immerse the player into this charming world.

A Pacific Northwest setting is a breath of fresh, blocky air.

And what a world! Lego City is a treat to wander in, with little surprises and hidden secrets around every corner. Colorful Japanese gardens, Venetian-style canals, an island prison, and the forests of the Pacific Northwest are all blended together into a rich, seamless open world built mostly out of plastic. Commandeer citizens’ cars, hijack a helicopter, beach a speedboat; there are plenty of ways to get around, and plenty of places to go to. The center of yellow-headed civilization is rendered beautifully, and thankfully there is a ton of stuff to do as well. Much of it finally available after completing the story, and checking each task off the list is something that can easily become addicting. Put out fires, clean up neighborhood gangs, parkour your way up a skyscraper, and capture runaway green aliens before any of the panicked, screaming citizens are harmed. The amount of post-game content is enough to fill many, many hours, and while some of it may seem like busywork, there is challenge in simply tracking each event down, with the added bonus of running across something special, like the hidden Nintendo references Lego-ized and scattered about. Lego City is a place brimming with life, a fully-realized environment at your disposal for crashing into as much as possible.

Some nagging issues do mar the experience a bit, like a framerate that doesn’t always run the smoothest, but the worst offenders are the occasional freezing up during a mission, which can only be fixed by a manual system restart (a rarity, but happened at least once per playthrough at different moments), and the insanely long loading times. There really is no good excuse for what can literally be a two-minute load just to go from a mission back to the main city, and this is by far the biggest detractor, but once I went back into gameplay again the annoyance was quickly forgotten.

Areas evoking Alcatraz, Chinatown, and even the canals of Venice give the game tremendous variety.

The Wii U is home to some of the most overlooked games of this young generation, and Lego City: Undercover has to be considered among the best of them. Never once did I wish I could play with a friend; rogue cops never have a partner, at least not for long. Despite those loading flaws, it’s the Lego game I’ve enjoyed the most, offering an amazing urban playground to explore and tinker within, a coherent story comprised of a variety of humorous missions that elicit genuine laughs, and a plethora of collectibles and secrets to search out via actions that are actually compellingly addictive. Do your gamepad a favor and help Chase McCain save the world by totally destroying it.