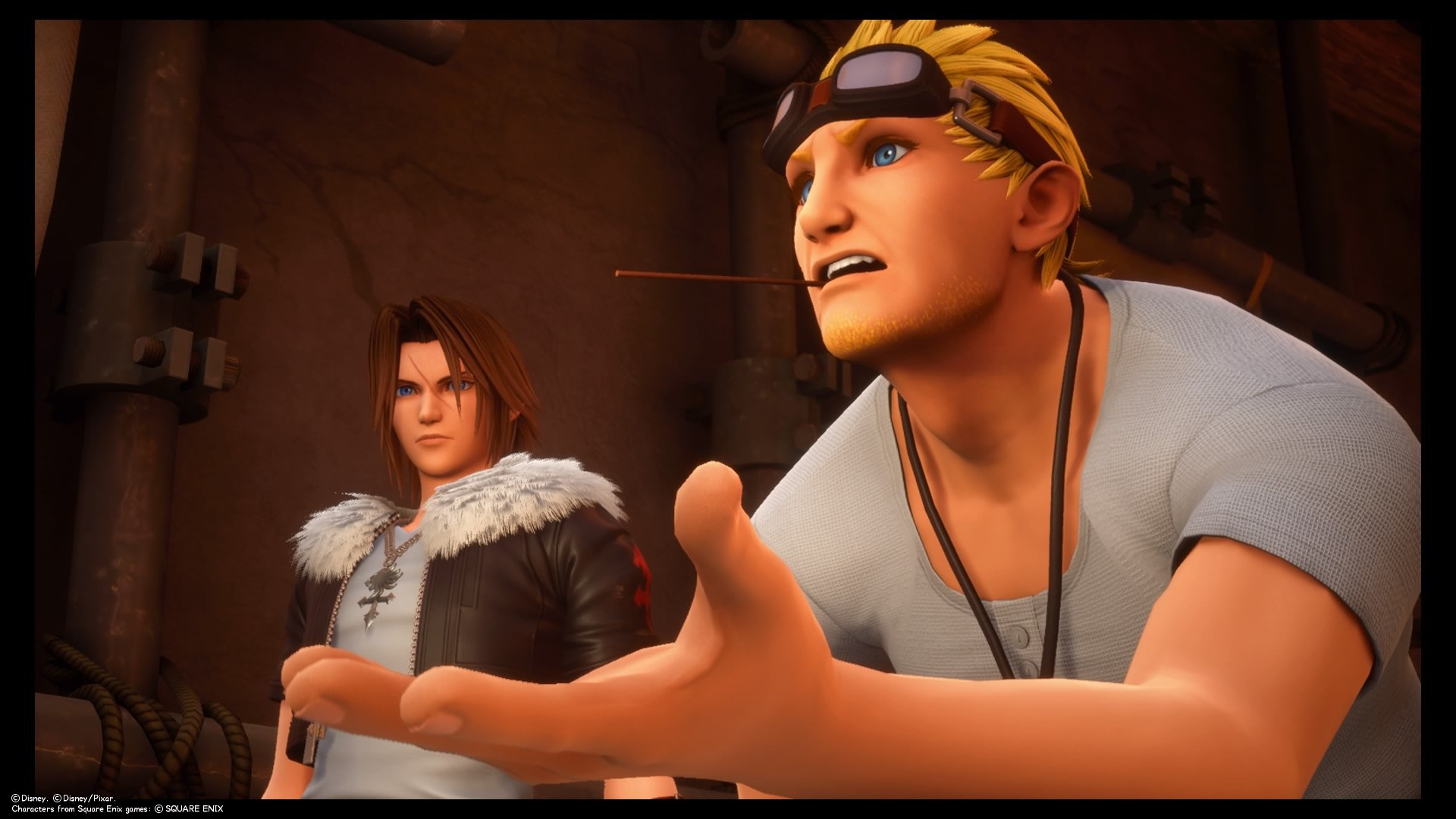 In the 15-year-long history of DLC, we have seen some really shameless displays. The notorious horse armor incident of 2006 and a notable day one DLC for the ending game of a trilogy notwithstanding, few companies have had the utter audacity to offer so little content for such a high price point. Enter Kingdom Hearts III: Re:Mind.

Coming in at a $40 price point (!!!) Kingdom Hearts III: Re:Mind offers an 80% recycled campaign, a boss rush mode, and some social media nonsense for people who really hate themselves. That’s really it, that’s what you get. Honestly, Square-Enix should be utterly embarrassed by this DLC.

Yes, Kingdom Hearts III: Re:Mind, really is that cynical. I’m not kidding when I tell you that the game literally starts with an exact cut scene from the base game, and a cut scene that happens to be available from the theater mode of the main game that you’ve already bought if you’re playing this DLC. Yes, the introduction to this new content is… content you’ve already seen.

In fact, that’s kind of the sticking point here: most of what you get for your hard-earned cash is footage you’ve already seen, and battles you’ve already fought, and story you’ve already experienced, just with slight alterations for context. Remember back in the 2000s, when we were super obsessed with prequels? This is like that, except even more egregious.

Generally, I’m not so unforgiving as to call a company out for a forthright cash grab, but that’s absolutely what Kingdom Hearts III: Re:Mind is. There’s just no other way to put it. You might find someone in the marketing department for Square-Enix who would disagree, but being a company that has faced just these sorts of allegations for their last two major releases, Square-Enix either doesn’t read the news, or doesn’t care what people think of their products.

Square-Enix was roundly accused of shipping unfinished products in the case of both Final Fantasy XV and Kingdom Hearts III — their two most high-profile releases of the last decade. I personally gave mostly positive reviews of both games for this very website but if you want ammo to suggest that this company is deliberately trading on the nostalgia and passion of its fan base in order to make financial headway, there are few examples you could draw from that are as obvious as this DLC.

Hey, I’m not judging… hell, I bought this DLC for $40 same as anyone else. I oughta be honest that I’m not reviewing Kingdom Hearts III: Re:Mind as some holier than thou critic, talking down to you from my position of privilege. No, I’m an angry consumer in this particular case. I’m a person who spent enough to replace a flat tire on my car or buy my family dinner, on a game that is clearly playing off of my love for a franchise, and using it to bilk me out of money in a method that is so clear, and so concise, that those involved in the entire endeavor should be totally embarrassed for their part in the creation, marketing, pricing, and distribution of this expansion.

Yes, fans had their complaints about Kingdom Hearts III. “Where are the hardcore boss battles? Where are the Final Fantasy characters? Where are the secret areas? Where are the hidden plot developments?” Still, to address these particular complaints by hammering a few minutes or seconds here and there into already existing content is truly like spitting in the faces of the people who have built the house you’re living in.

I haven’t sat in the board rooms at Square-Enix and I haven’t been in email chains about the planning of projects at their company but what I can say is that there is something rotten in Denmark if this is what passes for a satisfying piece of content for the wildly devoted fans of a hugely popular franchise in 2020. Kingdom Hearts III: Re:Mind is literally, truthfully, and succinctly, the worst piece of DLC I’ve ever purchased.