Telling compelling narratives in video games is no easy feat. Taking a heavily story-focused approach to design typically either results in more of an interactive movie or, in trying to balance both, nails storytelling at the expense of a top-quality gameplay experience. Every now and then, though, a game manages to nail the formula in a way that never feels intrusive or unnecessary. Katana ZERO is one of those games.

A Story Shrouded in Secrets

Katana ZERO is incredibly secretive with its premise, and for good reason. The player takes on the role of a young man who’s seemingly an assassin for hire. He takes assignments during the day and returns to his rundown apartment building in a less than desirable part of town at night. Every day he visits his psychiatrist to talk through his experiences and get a dose of a mysterious drug that allows him to manipulate time (something that has pivotal story and combat implications).

Though it starts out fairly straightforward, the story takes several turns quickly. The writing here is sharp, and the narrative runs the gauntlet of emotions from thrilling to comforting to horrifying all in the game’s short five to six-hour runtime. I dare not spoil even a bit of the deeper narrative here, but Katana ZERO’s unique dialogue system forces players to make quick decisions that directly impact how the game plays out, making it worth playing through multiple times in to try other routes.

This system lets you choose between two to three dialogue options before a short timer runs out. Each of these moves the conversation in different directions, with there often being favorable, unfavorable, and wild card choices. The real interesting twist, however, is that players can also interrupt NPCs before they finish talking. This is often accompanied by a rude response (e.g. “Yeah, yeah. What’re you getting at?”) and can lead the NPC to grow frustrated and eventually angry. This can be handy when trying to purposefully rile someone up, but the tradeoff of losing out on a lot of potential stories will keep all but the most impatient players from abusing it.

At its core, Katana ZERO is an unrelenting action platformer that isn’t afraid to make players work to reach the next level. The game is split into levels spanning a multitude of locales around its seedy city backdrop. Similarly to Celeste, each level is broken into small segments that, upon death, can be restarted almost instantaneously. This design decision is a smart one seeing as both enemies and the assassin go down in one hit.

As a result, every room almost feels like a puzzle that needs to be solved to near-perfection to finish and they’re designed in such a way that it’s always clear what players need to do to beat them. You’ll come to know the handful of enemy types well and exactly which kind of maneuvers are best suited for taking each out. On the action side of things, Akiisoft has kept combat and movement options simple yet wonderfully fine-tuned with players only ever armed with a single throwing item and a sword that can be slashed in any direction and parry bullets and melee weapons.

It’s a slim toolset that nonetheless controls incredibly well and is only made better by the assassin’s drug-enabled slow motion ability. Though time-constrained in its usage, it’s the only mechanic available that softens the Katana ZERO’s tough but doable difficulty threshold. Having to make a “flawless” run can still be frustrating at times (specifically, after the 10th or 20th time), but the game is balanced and generous enough with checkpoints that it never feels unfair or punishing.

Katana ZERO is a concise, mysterious and rather somber game.

Katana ZERO is masterful at creating an intoxicating, thrilling atmosphere that only ramps up as the story unfolds. That said, though the visual effects throughout are quite well done, the game itself isn’t much of a looker. The character animations are smooth and distinct enough, but the environmental detail is a bit lacking and generic on the whole, resulting in very few memorable locations save for a couple of standouts like the night club level pictured above.

Quite on the other end of the scale is the absolutely stellar sound design and 80s synth-pop soundtrack. The ringing sound in your ears every time you get a new dose of “medicine” never stops feeling unnerving, and even the measured use of silence is done to great effect. There’s a great mix of energetic and somber tracks, and I came to grow rather fond of the quaint piano keys that played during the more mellow scenes. Also worth noting is that the names of songs and composers appear at the start of each mission shown on-screen as the samurai switches the track on his walkman.

Katana ZERO is a concise, mysterious and rather somber game. The way it tells its intimate story is engaging as some of the best thrillers out there, though whether or not the story itself lives up to the delivery is debatable. Nonetheless, this is an action game first and foremost, and to that end, it passes with flying colors. Expect to die and get frustrated a lot, but also look forward to a deep sense of satisfaction after banging your head against a particularly tough boss or enemy sequence. There’s a lot of fun to have here and, with the choices you make having a significant impact on how the narrative plays out, it pays to run through the game a second time and see try other options. 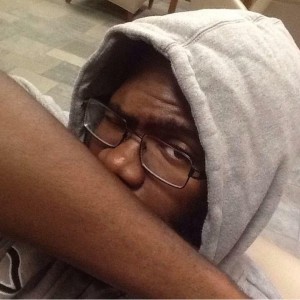 A Memoir Blue Offers a Tranquil and Mundane Hour

Super Metroid Was Released 25 Years Ago In North America