And so reads the tagline for Joggernauts, the colourful couch co-op puzzle platformer from Space Mace, a Minneapolis-based independent game studio made up of industry veterans who believe in creating multiplayer games that family and friends can enjoy together. Published by Grafitti Games, Joggernauts follows a group of elite alien athletes who after crash landing are sent into an unknown sector of space. In order to rebuild their ship and have any hope of returning home, this group must work as a team in order to get through various enemies and dangerous obstacles that stand in their way.

Anyone who is a fan of Runbow will find themselves right at home with Joggernauts. The game has players taking control of a team of space cats and other alien athletes who must switch places at precisely the right moment in order to get past the color-coded, obstacle-filled platforming levels, and ultimately survive. Featuring room for one-to-four-player action, this 2D side-scrolling challenge may look easy, but if you wait even a half-second too long before swapping out which character takes the lead, it could cost you your life. Needless to say, local cooperation is key, especially since all players share the same number of lives, and will win and lose depending on each other’s progress.

The concept of Joggernauts makes for one of the best party games on the Nintendo Switch — not just because it demands fast reflexes and precise timing, but because it also includes head-scratching puzzles that must be solved at a breakneck speed. Trying to organize when to swap the order of the characters and when to jump with a group of friends can be an exercise in sensory overload, but it’s also an incredibly fun way to spend time with your loved ones. Thankfully, swapping between characters is easy, not to mention it also comes with a nifty tutorial that does a great job of explaining the mechanics. 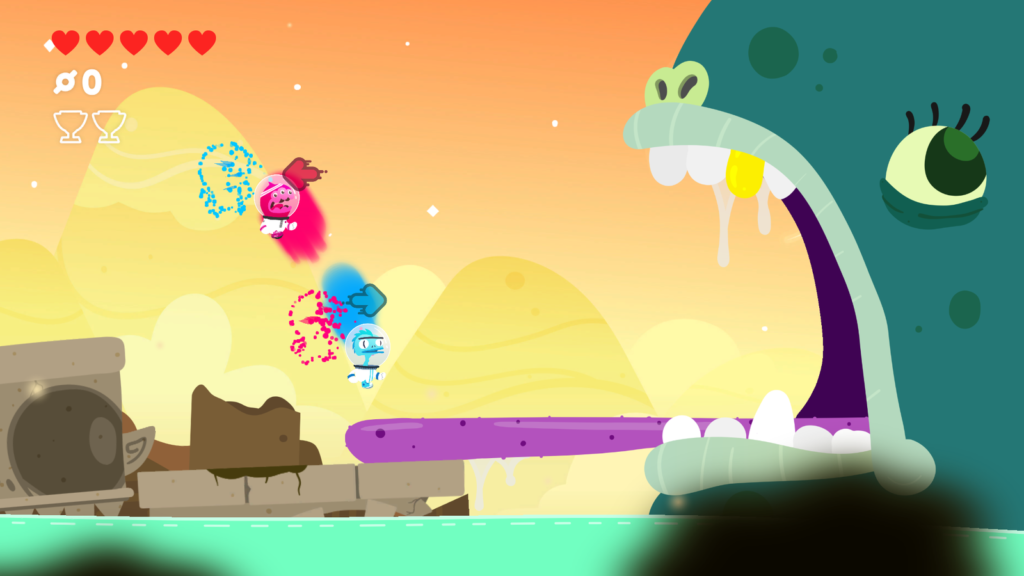 Joggernauts features six default characters and an additional three unlockable protagonists to take control of. In addition, the game also features an upbeat soundtrack and three distinct environments, each with their own fluorescent color palette. Unlike Runbow, the color-coded challenges go beyond just running past obstacles, since just about everything is locked behind some sort of color which requires some careful and quick planning in a very short period of time. If you choose the wrong player to tackle a problem, you’ll be forced to start all over again. Meanwhile, an assortment of collectible orbs are scattered across each level, and the challenge of beating a high score does provide a decent amount of replay value. While the level count is nothing to write home about, each stage at least offers fresh ideas and puzzles to keep players busy.

Unfortunately, Joggernauts isn’t nearly as enjoyable when playing alone. The single-player mode puts one player in control of two characters (similar to the multiplayer), and while it can be a challenge, the experience playing solo lacks the charm of playing with others. 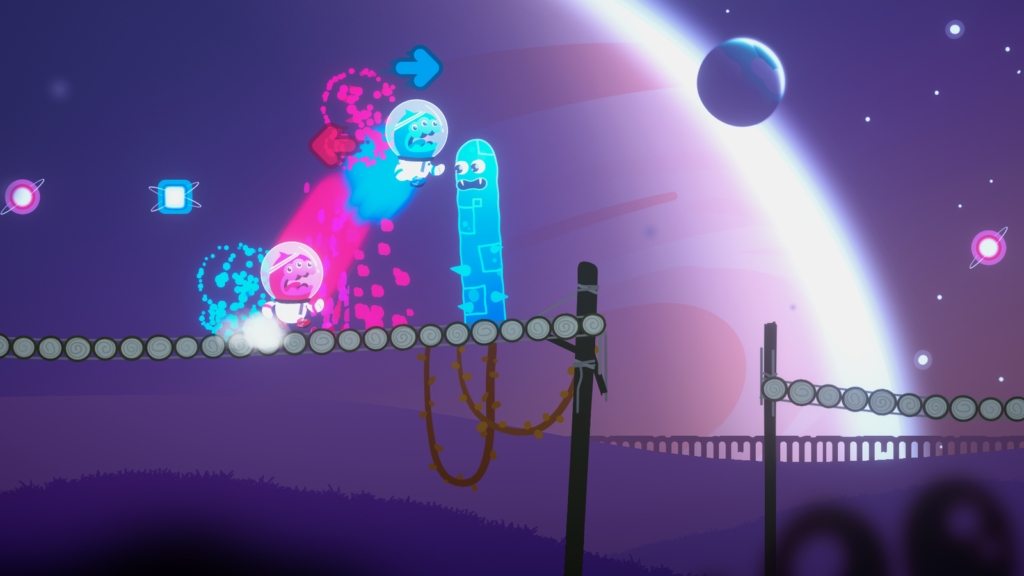 Nevertheless, Joggernauts is an above average party game given that its two-button controls make it accessible to just about everyone, regardless of their video game skills. More importantly, given the short amount of time it takes to complete the game, Joggernauts never overstays its welcome. In an overcrowded, oversaturated market, Joggernauts provides just enough fun to warrant the purchase. Play it in between your triple-A titles — or better yet, when you invite guests over.