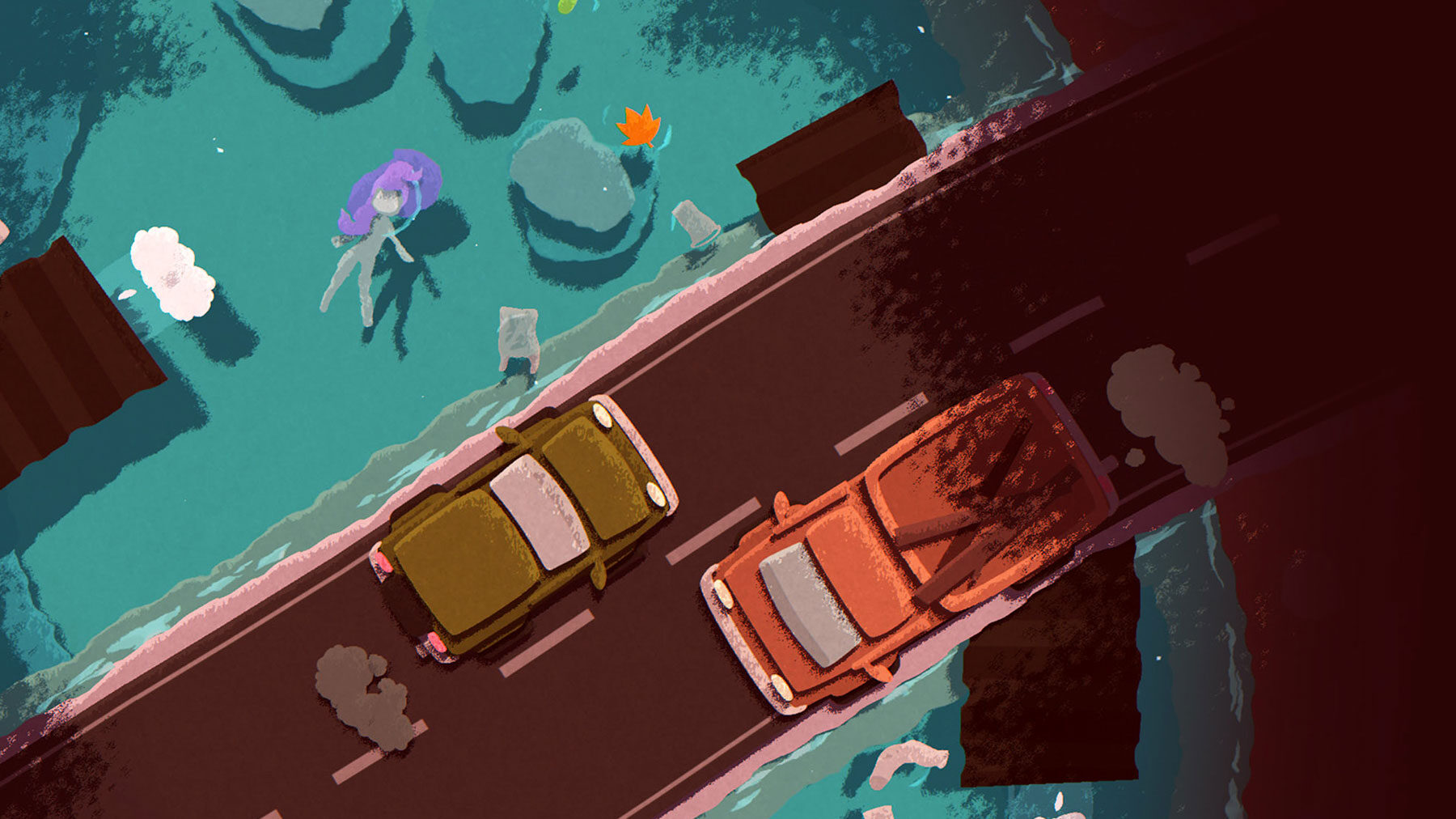 Indie Games Spotlight is Goomba Stomp’s biweekly column where we highlight some of the most exciting new and upcoming independent games. We’re entering the home stretch of the year, but indie news certainly isn’t slowing down, especially with recent events like the Wholesome Snack Indie Games Showcase delivering plenty of enticing updates. This week’s spotlight features a few highpoints from that presentation, as well as some other titles that deserve just as much attention. Without further delay, let’s dive in!

Combine purgatory with the zaniness of a Japanese game show, and you’ll end up with something like Pain Party. Your fate in the afterlife boils down to a competition in this surrealist romp developed by Icehelm, where winners move on to an eternity of paradise while losers get condemned to the worst fate of all–they’re forced to “spend an eternity moderating online forums without any kind of monetary compensation.”

Pain Party is all about multiplayer madness with support for up to 16 players to duke it out in free-for-all combat set in an absurdist world where people wear traffic cones on their heads. The game blends madcap action with Souls-like combat and precision platforming, and with a robust single-player campaign alongside its co-op mayhem, there’s room for all your buddies to share the pain. Pain Party is due for a full release early next year, but in the meantime, it’s currently available in Early Access on Steam.

Live Life as a NAIAD

In classical mythology, a naiad is a cross between a human and a fish, inhabiting the fresh water lakes and rivers to protect the flora and fauna within them. NAIAD, an atmospheric exploration game developed by the one-man-team at HiWarp, lets players control one of these mythical creatures and discover a world that blends fantasy with reality, where busy highways bump up against lakes populated by otherworldly beings.

NAIAD is immediately stunning with its serene aesthetic and painterly washed-out visuals. Its website promises to keep things slow but sweet with a roughly three-hour runtime, offering sixteen chapters of handcrafted environments. NAIAD already looks poised to be an unforgettably therapeutic journey to the sea, so it’s worth keeping an eye on ahead of its release next year on PC.

Take a Trip to Paradise Marsh

Feel like you just need to get away from it all? Paradise Marsh is just for you. All the stars in the night sky have plummeted down to the earth, so it’s up to you to explore the wide-open marsh with your trusty bug net in hand to recover them all. It appears to be a relaxed journey, with its procedurally generated wetlands packed with evocative scenery, memorable characters, and secrets to uncover around every corner.

Paradise Marsh’s polygonal 3D visuals demand attention with their striking minimalism, and a soundtrack by the one and only Disasterpeace (of FEZ and Hyper Light Drifter fame) promises to boost that ambiance ever higher. This atmospheric experience begins February 3 on PC and Mac.

Make a Heist with the Midnight Girl

Your name is Monique, and you’ve eked out a good life for yourself as a cat burglar in Paris–until a heist gone wrong sends you behind bars. In Midnight Girl, a classic point-and-click adventure game, you’ll put your wits to the test, team up with a mysterious fellow thief, and bust out of prison to try your hand at your grandest job yet: a diamond heist that will send you to every corner of Parisian society, from metro stations to ancient catacombs.

Midnight Girl looks to follow in the legacy of the iconic adventure games before it, and finds its inspiration in the legendary heist films of the 1960s. Thanks to its cinematic 2D style, Midnight Girl already looks like a captivating comic that’s sprung to life with cinematic flare–and its atmospheric environments are sure to brim with beguiling puzzles and rewarding secrets. The heist starts next year, when Midnight Girl launches for PC, console, and mobile devices.

Find Inner Peace in Aka

Aka is a quaint, compact open-world adventure where players control a red panda with one goal in mind: find inner peace. That objective isn’t always easy in a world torn by war and ravaged by tragedies of the past. But with exploration and engagement with the community, it might just be possible to put history behind you and move on.

Set in a series of “carefully handcrafted” islands, Aka offers a laid-back world to uncover packed with characters to meet, recipes to craft, crops to grow, and buildings to furnish. Behind all these soothing activities, though, your plucky panda protagonist will eventually have to reconcile with the demons of the bygone war and make peace with the past through occasional quests. There’s still some time for the quest to truly kick off, as it releases on PC next year.