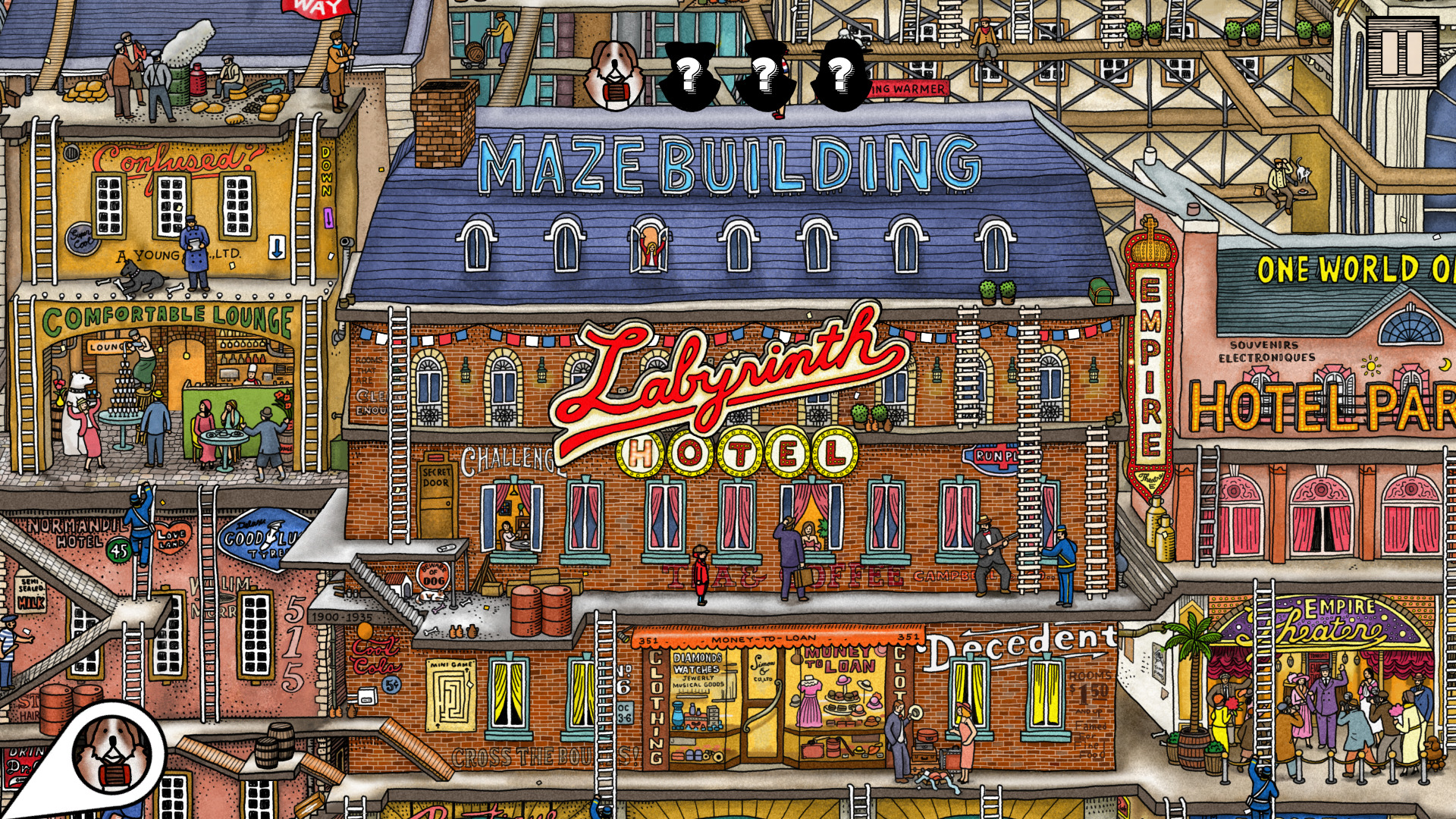 Indie Games Spotlight is Goomba Stomp’s biweekly column where we highlight some of the most exciting new and upcoming indies. We’re in the thick of a flurry of news this week as E3 season is already well underway, but even as the major players of the industry start dropping major news left and right, there’s still plenty of indie news to keep track of amidst all the big-budget buzz. Whether you want to dig into a mystery or scratch your head at a devious puzzle, there’s lots to love as always in this week’s spotlight. Let’s dig into it!

Which member of the animal kingdom would make the best fit for a detective? If Backbone is to be believed, perhaps it’s the humble raccoon. Backbone bills itself as a “post-noir roleplaying detective adventure,” following a raccoon private investigator named Howard who just wants to solve enough mysteries to pay rent and get by. It’s a mundane beginning, but it grounds the story in harsh realities and sets the stage for an elaborate conspiracy to unfold.

Backbone’s gameplay represents a refinement of the classic point-and-click formula, featuring stunningly realized pixelated environments rife with secrets to discover as Howard explores an alternate version of Vancouver, BC. The writing also promises to bring the world to life, letting players interact with characters from all walks of life (and all kinds of species, too) in candid conversations and subplots. Anticipation has been running high for this mystery for a while now, so thankfully, there’s not long to wait as Backbone will make its debut on PC on June 8.

Games don’t always need to revolutionize their genre’s conventions just to grab attention. Perhaps there’s no better example than the recently-announced Berserk Boy, a platformer by the aptly-named BerserkBoy Games that seems to adhere to plenty of genre archetypes on the surface but is nonetheless generating buzz as a blend of several popular platforming franchises.

Drawing from platformer series as diverse as Sonic, Gunvolt, and Mega Man, Berserk Boy positions itself as a uniquely comprehensive retro platformer that prioritizes action combos and fast-paced movement. It promises to give players plenty of ways to, fittingly enough, go berserk on their surroundings by taking advantage of “Berserk Force Orbs” to learn new abilities and push forward through dynamic levels. With nostalgic graphics and a soundtrack composed by none other than Sonic Mania’s Tee Lopes, there looks to be plenty of promise for Berserk boy ahead of its planned launch on all major platforms next year.

Find Your Way in Labyrinth City

It’s not uncommon for games to blur the line between interactive media and visual art, but Labyrinth City takes that concept a step further. As an adaptation of the popular children’s picture book series Pierre the Maze Detective, Labyrinth City takes the inherent tedium of getting lost in mazes and transforms it into a beautiful new kind of puzzle game all about exploration and discovery in an artisanal world. After an evil being called Mr. X transforms the entire world into a vast maze, it’s up to players to guide the fearless detective Pierre throughout the newly labyrinthine landscape to set things right.

Visually, Labyrinth City looks immediately stunning. It mirrors the artistic design of the large and colorful pages of its physical source material, but it makes those illustrations spring to life with hundreds of unique character and item interactions hidden away in its many levels. Labyrinth City seems set to provide a wonderful change of pace to slow down, relax, and explore all its gorgeous world has to offer in its warm colors and dense designs. It won’t be long before players get to dive into this fairytale on their own with its release on June 22 on PC, with Switch and mobile versions following later this summer.

Enjoy a Perfect Day in Sumire

Sumire is all about making the most of the time you have. Set in an idyllic Japanese town, Sumire gives players one day to help a young girl achieve her deepest wish: to see her departed grandmother just one more time. To that end, players will have to guide her through a series of errands and quests throughout the village, interacting with bizarre neighbors human and spiritual alike.

Sumire strongly emphasizes player choice, as individual decisions you make throughout the day can have a major impact on how the story unfolds. You may encounter different narrative outcomes depending on the quests you accept or deny, leading to multiple endings to discover by the time the day ends. Presented with a striking hand-painted aesthetic, Sumire offers a poignant storyline with a welcoming atmosphere that encourages multiple playthroughs. You do not have to wait long for the perfect day, as Sumire is already available now on Switch and PC.

Take a Trip to The Amazing American Circus

Does it get any more American than baseball, apple pie, and of course, the classic circus? The Amazing American Circus looks to tap into that nostalgic heritage of wondrous performances, feats of strength, and exotic spectacles in the form of a narrative-driven card game. After blowing past its funding goals on Kickstarter, The Amazing American Circus is shaping up to deliver a lovingly crafted strategic experience in the next few months.

Set during the heyday of circus performances in the late nineteenth century, The Amazing American Circus will see players taking over a ramshackle troupe and fixing them up to attract audiences and challenge the most popular performers of the day, encountering historic figures like Nikola Tesla, Susan B. Anthony, P.T. Barnum himself along the way. Boasting a versatile upgrade system, over a hundred hand-drawn cards, and dozens of cities to visit, this latest title by developer Juggler Games (of My Memory of Us fame) looks to provide a robust gameplay loop as well. We’ll have to see whether this show turns out to be a crowd-pleaser when it launches this August on PC and consoles.

Biomutant’s Open World and Inspirations Are Its Ultimate Downfall