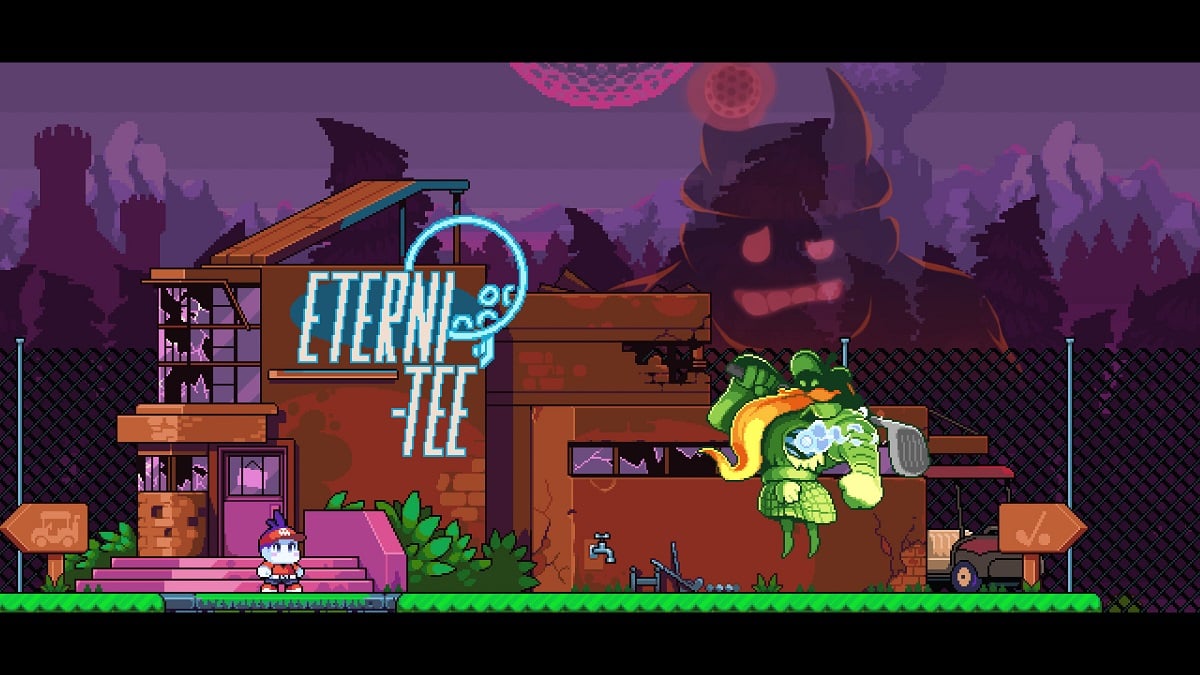 Indie Games Spotlight is Goomba Stomp’s biweekly column where we highlight some of the most exciting new and upcoming independent games. As summer peters out it’s become more apparent that we’re in the middle of one of the greatest avalanches of indie releases in years (with many of them landing straight into Xbox Game Pass). Nonetheless, this week we’ve compiled another list of imaginative experiences worth your attention as we move into the fall. Let’s get into it!

With Watch Dogs Legion releasing to middling reviews and Grand Theft Auto 6 beings years away, there’s a distinct lack of quality open-world crime games. The recent announcement of a new Saints Row reboot is looking to fix that in February on the AAA scale, but the indie space has its own answer: Rustler, a top-down action game that’s paying homage to old school GTA while flipping the script by taking place in medieval times. Be it by horse, sword, or crossbow, the world is open to explore and terrorize as you see fit.

Everything’s here that players fond of GTA miss: satire, pop culture references, pimp-that-horse shops, you name it. Traditional missions and quests bring structure to the sandbox, but they can be easily avoided in favor of stealing horses, going on rampages, and burning heaps of weed just to see what happens to those in the vicinity. Despite wearing its inspirations on its sleeve, Rustler should do well to tide anyone over who’s hungry for GTA-style gameplay and doesn’t mind it coming in an indie-sized package. Thankfully, it just came out of early access and is available now on PC.

Venture Through the Sands of Aura

Soulslikes are more abundant than ever, but that doesn’t make Sands of Aura look any less gorgeous or ambitious of a project. A horrible cataclysm unleashed by a god has flung the world of Talamhel into perpetual night and created a land of violent soldiers, doomsday cultists, and fallen kings, and it’s up to players to track down the god and destroy it.

Boasting an open world and varying levels of difficulty for those who want to test their mettle, Sands of Aura promises depth for those who fall in love with it. Hundreds of weapon components and seven distinct fighting styles mean that every player should be able to find a playstyle that suits them. Even more impressive is the option to improve and manage the town of Starspire in what seems to be a city-building component separate from the main narrative. Players won’t have to wait long to delve into the darkness; Sands of Aura launches into Steam Early Access on October 21.

Island exploration games have been quite plentiful in recent years, but Trading Time has a twist: you’ve been shipwrecked on a strange island and need to make friends and do favors for the necessary materials to get your boat back in the water. However, between solving puzzles, searching for hidden treasure, and learning from the frog-like inhabitants of the island, it seems like the task might be a bit more involved than it initially appears.

Trading Time has a undeniable charm to it that’s in large part due to its vibrant, cartoony aesthetic. Leveraging the skills taught by the frogs (such a frog-hopping on lily pads) seems delightful, and the environmental puzzle-solving looks to be a treat with worthwhile rewards for those who can crack the code. We’ll all get to set out across the island when Trading Time hits Stream soon.

All Aboard the Midnight Fight Express

We don’t often feature beat ’em ups in this column simply because the genre, indie or AAA, is rather sparse. Midnight Fight Express won hearts at Opening Night Live this year and for good reason; it looks as wild as it seems fun to play. The premise of fighting your way through a city full of gang members and bad guys is classic brawler fare, but it’s the variety of environments and over-the-top combat that gives it a personality all its own.

The trailer for Midnight Fight Express feels like a playable action movie. Motion-captured combat lends a fluid realism to every fight, and the ridiculous levels of customization shown off via unlockable cosmetics should help make every bout that much more entertaining. Prepare to fight your way out of some truly thrilling situations when Midnight Fight Express hits all platforms next summer.

Learn Why You’re Cursed to Golf

Of all the options out there, it’s golf that’s somehow become the perfect vehicle for creativity in the sports genre. Between What the Golf and Golf Story, the indie scene has been blessed with some of the most entertaining titles of the last five years. Cursed to Golf plans to carry on this trend with a brand new angle: after being struck by lightning moments before winning a golf tournament, players will have to complete 18 holes in Golf Purgatory to make their way back to the surface.

Cursed to Golf describes itself as a “golf-like” where players are sent back to the beginning of the course if they don’t make par. Like all great roguelikes, however, there’ll be items littered around the map to prolong the run and alter it in unique ways. Ace Cards (taken right from the saying “I’ve got an ace up my sleeve”) will let players manipulate time, hit multiple golf balls at once, control balls in mid-air and much more as they navigate dangerous hazards ranging from TNT boxes to spikes and high-powered fans. Get ready to shoot for the leaderboards when Cursed to Golf releases for Switch and PC next year.