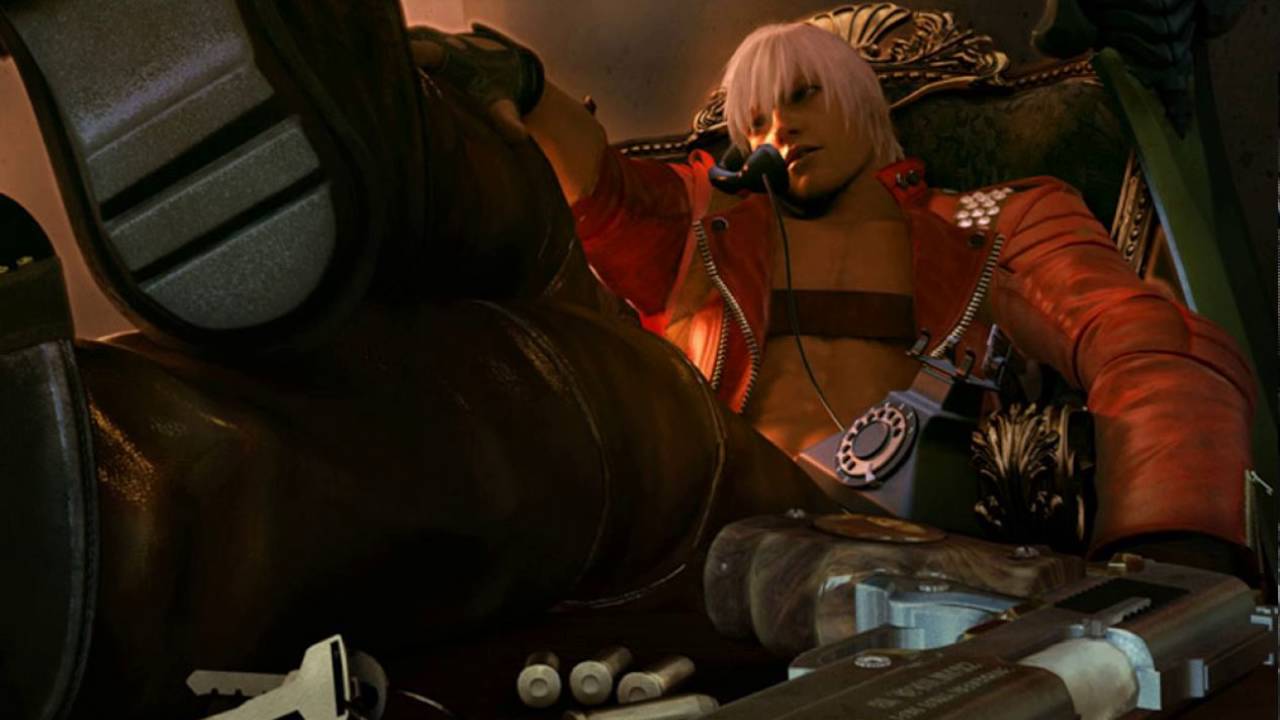 Dante Must Die has always been, and will always be, the ultimate way Devil May Cry challenges its player base. Regardless of the game, the franchise thrives on the idea that, at the end of it all, players will muster up the courage and skill to take on one final game mode designed around forcing mastery. This is a philosophy the original Devil May Cry very much uses to its advantage, utilizing both Normal and Hard as a means of prepping players for Dante Must Die. Naturally, both Devil May Cry 2 and Devil May Cry 3 brought Dante Must Die back as their grand finale, but something had always been missing from the picture: catharsis.

While the first game was clever enough to reward players with an overpowered costume that had infinite Devil Trigger, appropriately titled Super Dante, there wasn’t much to do after completing Dante Must Die. After all, why would there be? Dante Must Die was the game’s final challenge in every respect. A super costume is a nice reward, but it doesn’t exactly relieve any stress that might have been built up during Dante Must Die’s more intense moments. The super costume, at its core, was just a final push to get players to replay the game one final time.

Along with including Dante Must Die as their last game mode, both Devil May Cry 2 and Devil May Cry 3 follow up a completion with super costumes. Three games in and a rhythm set in, it seemed as though Devil May Cry was content with its approach to an endgame. All things considered, it is a genuinely solid approach on paper. Encourage players to master the game through multiple game modes, offer one final challenge, and reward them with an overpowered goodie. A video game has to end eventually and Dante Must Die makes for as fitting an ending as any. Something fundamentally changed with the release of Devil May Cry 3: Special Edition, however.

Rather than simply unlocking a super costume upon clearing Dante Must Die, the third game’s Special Edition offered players an entirely new game mode: Heaven or Hell. Instead of escalating the difficulty even further or making the game a complete cakewalk, Heaven or Hell created an even playing field where both Dante and enemies would die in a single hit. Although there is a degree of challenge to be gleaned, theoretically, by everything dying in one hit, Dante’s guns make quick use of both enemies and bosses. As a result, one has to question why Heaven or Hell was even included in the first place.

Devil May Cry is a franchise that prides itself on its difficulty, to the point where one could argue that any given game in the series isn’t over until Dante Must Die is cleared in full. While the series has never strayed away from catering to a more casual player base, offering an Easy mode as early as the first game, DMC has never catered to said audience. The escalation of a challenge is the appeal of the series, which Heaven or Hell deliberately flies in the face of. Upon completing the single hardest difficulty in the game, players aren’t rewarded with yet another tier in their gauntlet, but an incredibly easy mode that can be cleared by simply spamming the square button.

Which is actually quite brilliant, all things considered. Rather than closing the curtains with Dante Must Die, Devil May Cry 3: Special Edition crafted a scenario where players were granted a victory lap of sorts. After all, was said and done, players could get an emotional release from burning through missions and bosses that previously gave them a considerable amount of trouble. Defeating a difficult boss with a single bullet is inherently satisfying, even more so when taking into consideration the journey a player has to go through in order to unlock Heaven or Hell.

If Heaven or Hell were unlocked any earlier in the game, it wouldn’t be nearly as satisfying an unlockable. While the mode would still be charming in its own right, it loses its cathartic nature by sheer virtue of preceding Dante Must Die. Heaven or Hell is the reward, a proof of a player’s mastery. Only upon conquering the hardest challenge is a player allowed a chance to decompress. Even though Very Hard very much lives up to its title, the mere fact it isn’t the pinnacle of Devil May Cry 3’s difficulty means that Heaven or Hell would be out of place coming between it and Dante Must Die.

Given its context in the Devil May Cry franchise, it can be easy to take Heaven or Hell for granted.

More importantly, Heaven or Hell coming any earlier would break the natural progression of the game. There is a clear, gradual build up from Normal mode to Dante Must Die. From as early as the first game, each difficulty was used as a means of improving one’s skills. In the context of Devil May Cry 3, the journey from Normal, to Hard, to Very Hard, to Dante Must Die is one that ensures each new mode teaches players how to properly utilize the game’s mechanics to their advantage. Dante Must Die will always be difficult, but not nearly as brutal as it would be otherwise if players somehow managed to skip Very Hard altogether.

This same principle applies to a scenario where, after Very Hard, players take a break with a mode intentionally designed to be easier. By the time Dante Must Die occurs, it’s entirely possible that one’s skills would have deteriorated to some extent. Heaven or Hell’s very nature means that it is impossible to practice combos or develop strategies against bosses. Which is perfectly fine after Dante Must Die, but potentially disastrous before it. A particularly skilled player may not see any downside to tackling Heaven or Hell before Dante Must Die, granted, but the fact of the matter is that the game’s progression would nonetheless be broken.

When it comes down to it, what catharsis is there to be gained when the greatest challenge lies in wait? A victory lap should celebrate a player’s skills and Heaven or Hell does just that. It’s more than just a nice, extra mode, however. Heaven or Hell does something that can only be down in the gaming medium. Capcom hands the reigns to the player and says “well done, you’ve earned it.” Heaven or Hell’s very nature is one that elicits an emotional response from the player, if only to just relax them after hours of challenging gameplay. Catharsis can be felt in any medium, all things considered, but only the gaming medium can force catharsis on the player.

Given its context in the Devil May Cry franchise, it can be easy to take Heaven or Hell for granted. As is the case with any mode in DMC, Heaven or Hell is more than just another mode. It is deliberate not just in its design, but in its placement, in the context of the games, it appears in. Heaven or Hell may not be as expertly crafted in terms of enemy placement or pure enemy design, but it isn’t the kind of mode that needs to be. Heaven or Hell seeks to elicit a positive, emotional response from the player, and it pulls it off with that elegant, Devil May Cry touch.