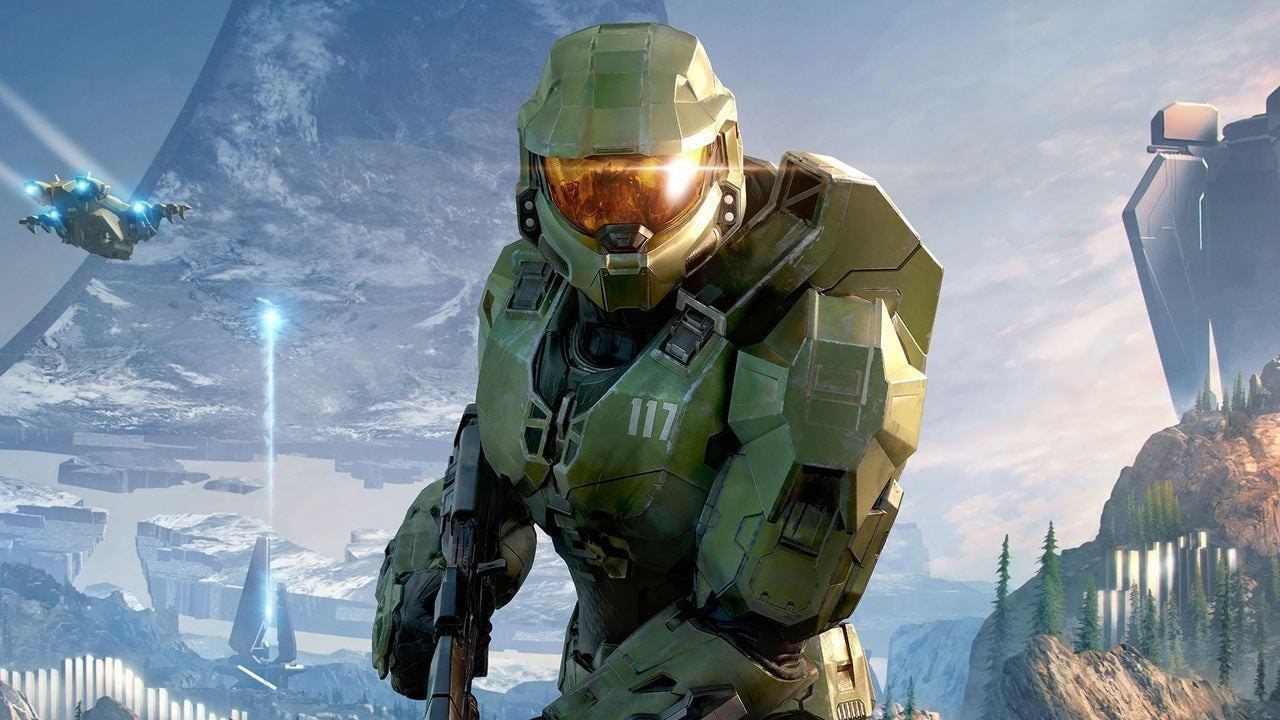 Halo Infinite’s holiday 2020 release marks the biggest gap of time between mainline Halo releases in the series’ history, and given the amount of promotion it was given in the weeks leading up to its gameplay reveal, there was unsurprisingly a lot riding on this initial gameplay demonstration during the recent Xbox Games Showcase. But what was shown wasn’t a breathtaking return-to-form for a franchise that has lost its way over the past couple of entries, nor a strong redemption for 343 Industries who have failed to capitalize on the franchises potential: what we saw was nearly nine minutes of something that felt completely unremarkable and directionless.

Prior to this gameplay, it seemed that 343 was aiming to recapture the magic of Bungie’s original Halo titles. This was apparent from the very first teaser trailer shown all the way back at Microsoft’s E3 2018 press conference. From Chief’s classic armour design seen in Halo 2 and 3, to a warthog travelling through the expanses of a Halo ring akin to the second mission of the original Halo: Combat Evolved, 343 were clearly trying to spark the enthusiasm of the original Halo audience. This went a step further when just one day prior to the gameplay demonstration, Infinite’s box-art was revealed, looking like an almost direct update of the iconic Combat Evolved box-art. The intent to try and recapture the spirit of the original Halo games couldn’t have been more apparent, but the connections are tenuous. Halo Infinite as a game looks nothing like the classic Halo games, instead, seeming like a progression of the gameplay seen in 343’s Halo titles.

This starts with the big open-world elephant in the room: Halo Infinite’s structure. As many speculated, Halo Infinite will feature an open-world, or at the very least, something closer to a typical open-world than what we’ve previously seen from the franchise. Some way into the demo, the map was shown alongside a few different objectives, with the player being able to travel to them freely in any order. What’s concerning is that these objectives didn’t seem particularly interesting – they all revolved around shutting down gun turrets, aside from one marker which wasn’t elaborated on – and the way the map appears to segment each of the areas isn’t reassuring either.

It appears that different parts of the Halo ring are restricted to small sandboxes via canyons that separate them, indicating that the player will be travelling between the sandboxes in a specific order, completing objectives, and exploring the different environments, before being moved onto the next area. This isn’t an interesting open-world design; it feels like a tacked-on concession between open-world and linearity, and it means that there will probably be a lot of slogging through empty spaces to get to the different objectives.

What’s most frustrating is that Halo already nailed this in the original entry. Combat Evolved was a linear game, but it used large sandboxes to sell the scope, atmosphere, and isolation of the Halo ring, while each mission’s different environments made it feel like you were exploring the ring. It managed to accomplish this without resorting to generic open-world tropes, such as repetitive, mundane objectives. This larger scale also means that the flexible-yet-tight combat encounters that the Halo campaigns are known for will almost certainly take a hit.

In the original titles, each combat encounter was carefully curated to allow for a plethora of different approaches and options, while also nudging the player towards the intended approach. This might have been through leaving a rocket launcher around to deal with a Wraith, while also giving the player the option to try and sneak up on the Wraith from behind, and stealthily mount it to plant explosives. Can an open-world game realistically provide a string of memorable encounters, given the number of skirmishes that will be necessary to accompany a game of such a scale? Something tells me that feels like a pipe dream, given that open-world games are typically known for eventually hitting a wall of repetition.

The contentious ‘enhanced mobility’ of recent titles is also making its return in this latest entry if there needs to be any more convincing that 343 doesn’t understand the appeal of the original Halo games. Even if sprint makes more sense within the context of an open-world game (although I fail to see the problem of just increasing Chief’s base movement speed to accommodate the larger environments and vehicles will be used for the bulk of long-range traversal anyway), it’s still likely to have the same negative impact on multiplayer that it’s had in the past two entries.

With the ability to sprint, positioning becomes less important as the player is able to get away from enemy gunfights more easily, lowering the skill ceiling and the importance of learning the maps. Sprint has also made vehicles less integral as a whole, with the increased speed of a vehicle being less valuable when the player is able to sprint at any time. Unless Infinite goes down the Battlefield route of more players in a match alongside significantly larger maps, don’t expect that issue to be resolved.

We also see Chief donning some kind of grappling hook, à la this year’s Doom Eternal. Only unlike in Doom Eternal, it lacks the kind of frenetic speed and kinetic bite that makes the Doom Slayer’s new tool an exhilarating combat addition. This isn’t even accounting for the fact that Halo’s gameplay is much less breakneck and visceral than Doom Eternal’s, meaning that, given the constant access to sprint, quickly darting out of the way of enemy gunfire or yanking items towards Chief is unlikely to be as much of a lifesaving game-changer as 343 probably intends. In summary, the grappling hook looks like a pretty underwhelming addition, feeling indicative of Halo 5: Guardians’ half-baked squad command mechanic.

As we all know, in the grander scheme of things the Halo campaigns are only a small slice of the whole experience. It’s always been the multiplayer that’s kept fans returning, and the discs spinning in systems for months on end. That too has major red flags, however. Even ignoring the fact that the multiplayer components of 343’s installments’ failed to have nearly the same kind of longevity as Bungie’s outings, 343 industries’ head Chris Lee has already discussed the idea of Halo Infinite being a constantly evolving game with a 10-year plan. If we look at other multiplayer focussed titles with similar ambitions – such as 2014’s Destiny – as an omen of things to come, this is far from a reassuring statement. In fact, it reads like a huge warning sign that Infinite’s multiplayer offerings will be far from substantial at launch, and – if the console launch of the Master Chief Collection is anything to go by – it may even be a technical disaster as well. Maybe it’s harsh to start criticizing a game that currently has less than 10 minutes of viewable gameplay, but Halo Infinite would be far from 343’s first misstep with the franchise. In fact, 343 have so far failed to land any true home runs that live up to the strong legacy of the franchise. This gameplay reveal was the opportunity to prove all of the naysayers wrong, and re-ignite hope for the once-revered goliath that single-handedly made the Xbox brand relevant. But it wasn’t that, and it didn’t even come close. Some may be willing to brush aside that lackluster reveal, having faith that the next few months will bring a much more promising future for the franchise. But after eight years of mediocrity, has Halo earned that kind of faith?