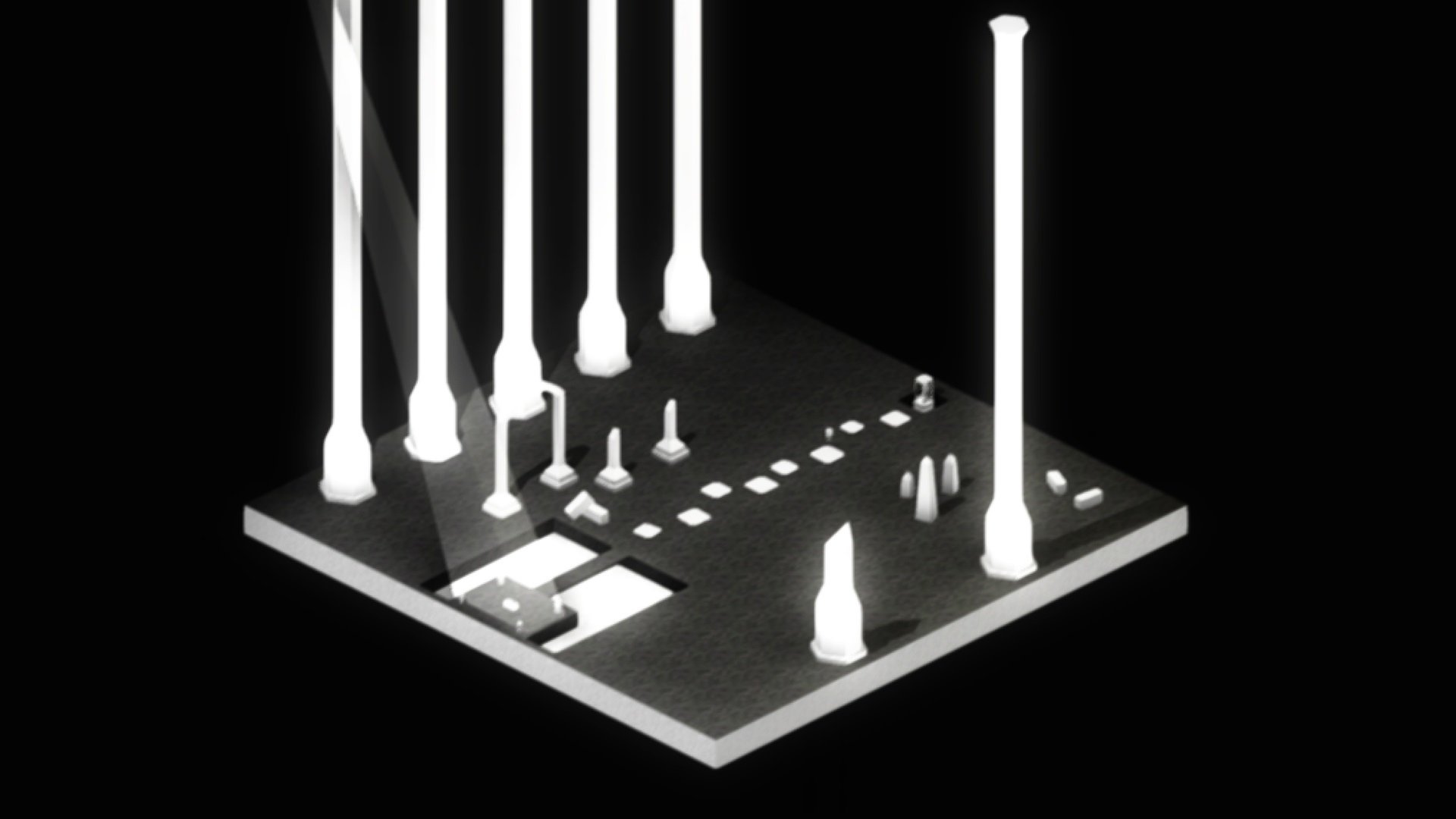 Grimsfield is short, bleak, and to the point. Developed solely by animator Adam Wells, Grimsfield is a point-and-click adventure game set in the dreary north of England. Grimsfield takes the player on a Dickensian journey of society. It’s about fitting in, and standing out. The player navigates throughout the small town of Grimsfield as a detective turned poet just trying to get on stage to do an open mic night. Once entering the club, the player is informed that they can’t perform poetry without the proper equipment: booze, berets, and a spoken word license. The player must then overturn bureaucracy and make their moment as a proper beatnik at open mic night. 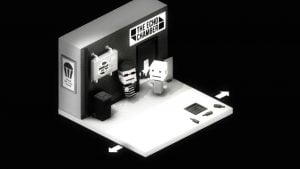 What makes Grimsfield so interesting is that it’s designed and written by an animator, and it’s his first attempt at a video game. Developer Adam Wells even wrote an article about his experiences making Grimsfield and the difficulties of working from an artist’s perspective (rather than a technical design perspective). Grimsfield is a lovely little example of gaming as art. It’s a really well thought out game that has a strong and familiar universe while carrying a message that can be applied to a lot of other things in life. This animator is ultimately an artist, telling his stories through line, shape, and movement. Surprisingly, watching what Adam Wells has animated in the past gives more insight into what Grimsfield is and represents. His animated short “Brave New Old” even gives backstory to the main playable character. Wells’s other animations all look like they could be playable games mixed with stylistic visuals that one could find in a museum of modern art. Sadly, however, Wells begins his article by stating that Grimsfield is probably the only game he’ll ever make. 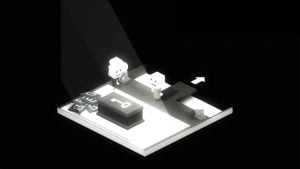 Grimsfield is a game comparable to World of Goo or Human Resource Machine. The game carries the anti-establishment undertones that are similar to games developed by Tomorrow Corporation: that recurring theme of oversaturated bureaucracy, Big Brother, and the little guy trying desperately to fight the established systems. Grimsfield really boils down to a comment on task-based gaming. What makes the game good is the overall development of the atmosphere. It’s a dark, mysterious, and shady universe that carries themes that are easy to connect to. Everything in the game seems to relate and piece together well. It also runs very smoothly, and never glitched out, missed a frame of movement, or became burdened with control issues. It’s an experience that feels good to watch, listen to, and play.

The only part of Grimsfield that doesn’t seem to fit is its dialogue. It’s too wordy and makes references to things that wouldn’t exist within the universe that the developer has created. For example, Grimsfield is set in an imaginary world full of beatnik poets trying to make a living, yet they make references to LinkedIn. Another problem with Grimsfield is that it’s too short. The game takes about 40 minutes to complete, and there’s a strong feeling by the end of it that there’s so much more explore. When reaching the ending, it’s surprising to find that it is actually the ending, leaving the feeling that one was just scratching the surface of exploring the world presented. Potential storylines or character plots never really came to a conclusion, but rather trailed off, leaving a strong incomplete feeling.

Overall, Grimsfield is more of an exploration of art and gaming than anything. It’s worth a play because of how short and inexpensive it is. It’s a game that is built with no particular audience in mind but is charming for those who enjoy dreary dark things like poets, all-powerful corporations, or gloomy Northern England. What makes this game a good play is its atmosphere and creative use of lines and space. Where the game runs into trouble is its clunky and sometimes wordy dialogue. Working within its own technical means starting as an animator, Adam Wells did a pretty solid job at making his first game—short, bleak, and to the point.