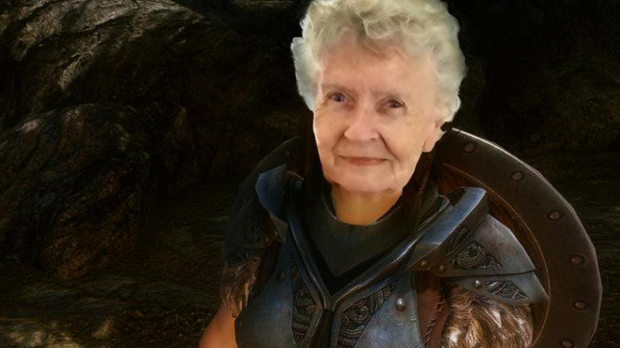 In recent years, YouTube has been dominated by Let’s Play videos that show people playing video games and adding their own commentary track. What might have once seemed like a complete waste of time has taken over the network. Many of the most popular channels have followings in the hundreds of thousands – and some channels have even amassed millions of fans worldwide. The trend isn’t going away anytime soon, and so long as there is a glimmer of hope that you can make money from creating video content for YouTube, the internet will be swarming with millions of Let’s Players trying to cash in. For some, it’s a hobby and a chance to hone their video production skills, and for others, it’s their desperate attempt at fame. Not too long ago, an episode of South Park featuring Swedish YouTube sensation Felix Kjellberg (a.k.a. PewDiePie) did a wonderful job at poking fun of the development. But it’s not all fun and games. For some, it’s a business and their primary source of income. YouTube, which is owned by Google, runs a Partner Program which means that the owner of a video channel can earn a share of the money made from video ads displayed on the site. Anyone can do it, no matter where you live, no matter what language you speak, and no matter how old you are. Take, for instance, Grandma Shirley Curry, a 79-year-old Virginia native with a passion for gaming and her own YouTube channel to go along with it.

Shirley started her YouTube channel in 2011 and it didn’t take long before some of her videos hit nearly 800,000 views. Her subscriber count has skyrocketed to over 100,000 followers and counting, which is double the population of the small town she calls home. In an interview with Mariko McDonald for Remeshed.com, Shirley said that her love for gaming was sparked in the mid-90s when her son installed her first computer, along with a copy of seminal strategy game Civilization II. Eventually she discovered Skyrim, which brought her passion for gaming to a whole new level and introduced her to YouTube. Fame doesn’t come overnight. It takes months and sometimes years to gain a huge following, and sometimes it just takes one person to promote your work. Shirley’s story of stumbling into overnight fame by pursuing a niche hobby is rare, but thanks to Reddit user Jacobthebro, her videos went viral in less than 24 hours.

While she spends most of her time streaming Skyrim videos, she’s also tried her hand at other games, such as Fallout 4. For a woman who was born long before Pong was ever a thing, she’s schooling about 99% of other Let’s Players and showing them how to do it right. Obviously, much of Curry’s online visibility could be attributed to her age, but I would argue her approach to making her Let’s Play videos is the secret to her success. Shirley could have been just another arrogant, vulgar and annoying YouTuber screaming into the mic with no concept of audio levels. She could have been just another person looking to make outrageous amounts of money by cashing in on the one thing that makes her obviously stand out from the crowd – her age. But that isn’t why so many people have fallen in love with the old-timer. Grandma Shirley produces videos that are actually easy to listen to and interesting to watch. She’s critical but respectful, and speaks in a calm tone. Her videos won’t give you a headache and you’ll never need to adjust your volume settings while watching them. She has a positive view on everything, even when being critical, and more importantly, she actually plays games she enjoys (I never understood the appeal in watching people play games they hate). Shirley’s enthusiasm comes across in every frame, even if she speaks mostly in hush tones. Her goal is not to get laughs, or even to be competitive, and from what I’ve read she hasn’t yet cashed in a single check from Google, having only monetized her channel early this year.

Shirley is without a doubt an important addition to the YouTube ecosystem, if only because she’s creating content for seniors, an almost invisible demographic on YouTube. Let’s face it: one day we will all be just like her, and chances are if you are reading this post you’re a gamer and you’ll also be playing video games well into your golden years. Shirley’s videos can inspire other seniors to share their passions online and/or not secretly hide in shame.

The internet reminds me of high school, and many Let’s Players remind me of that one kid we all know who tried too hard to fit in. Instead of being himself, he acted like everyone else, which made him awkward and annoying to be around. Perhaps nobody would state the obvious, but it was clear he was a total phony and had low self-esteem. The most common critical thought people have toward themselves is that they are not like other people. Human beings are a social species, and yet every one of us feels, on some level, like we just don’t fit in. Shirley is comfortable in her own skin and I would say she is brave for putting herself out there in the public eye. Don’t think that just because Shirley is a sweet little old lady that she doesn’t have any haters. Simply browse through the comment section of her YouTube page and you’ll see examples of the lowest form of humanity.

The number one advice given by most LPers is to be you, and I couldn’t agree more. The world doesn’t need another one hundred kids trying to be James Rolfe. Behind the celebrity facade, Shirley is another gamer, no different than you and I and she’s not trying to be someone she’s not. Hopefully, more people will follow in her example.