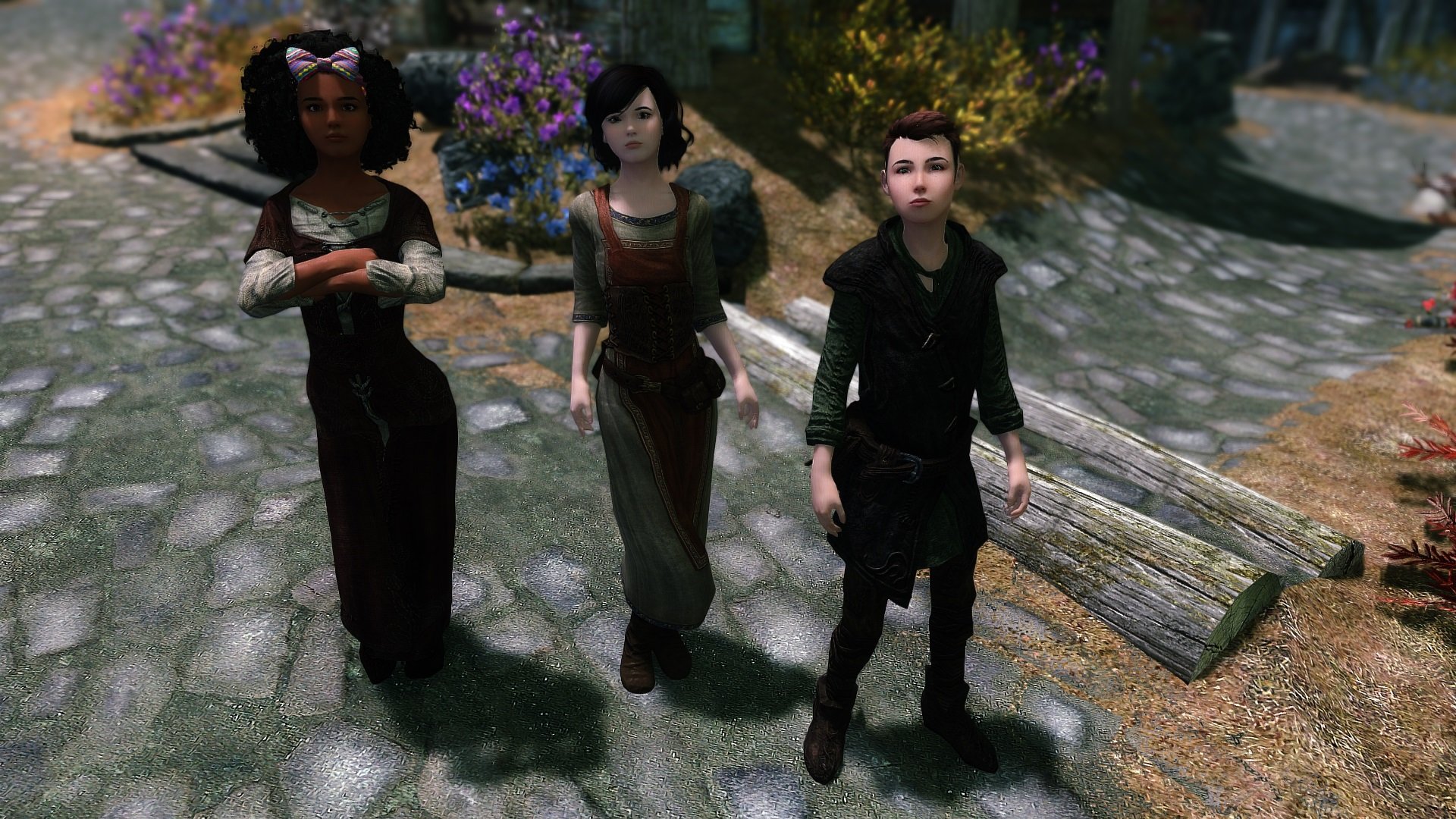 The Elder Scrolls V: Skyrim has got to have one of the biggest and most dedicated modding communities out there, despite the game now being almost a decade old (damn, I still remember seeing the first trailer for it and getting pumped by the “Dovakiin” theme song. I feel ancient). From silly yet hysterical mods such as converting the dragons in-game to giant trains from Thomas the Tank Engine to glorious, sprawling mods that add tons of extra content like the Enderal mod which is technically a whole new game in itself. The sky has always been the limit with Skyrim mods- pun certainly intended- and there are still creators out there bringing changes and additional content to the game, including the mod I’m going to discuss today.

The Kids Are Alright mod was created by Nexus Mods user triptherift and it has recently had a complete overhaul. As the title suggests, the mod focuses on the models of children within Skyrim. It gives them a variety of different styles and looks- including actual facial features (let’s be honest, they looked a bit like sentient potatoes in the original game), skin tones, hair, unique tailored outfits even muscle definition. Definitely an upgrade from that whole potato look. There is also the addition of children of different races such as the Khajiit and the Argonians. The mod was recently revamped by triptherift after a chain of events occurred, spurred on by the accidental deletion of the original mod due to a mistake from a staff member. Ouch. Well, at least this error led to a brand new take on the already highly impressive mod. The work gone into restoring the mod by triptherift and those involved is very clear and so I would definitely recommend trying giving the mod a go if you are a fan of Skyrim.

Check out The Kids Are Alright mod over on Nexus Mods here.