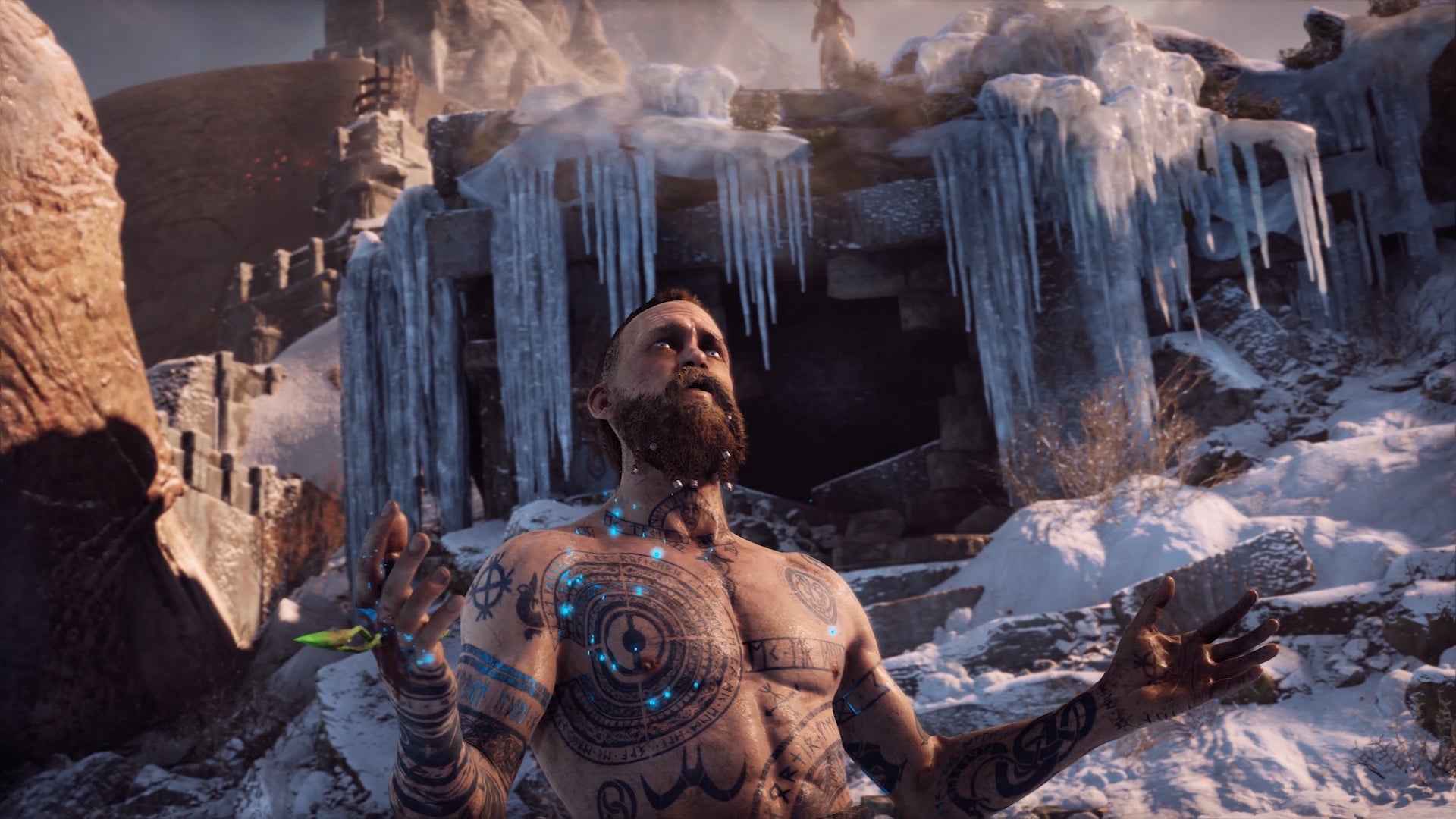 Let’s breakdown the ending of God of War

*******SPOILER WARNING! The following article contains heavy spoilers for the end of God of War. It is highly recommended you play the game through to completion before reading on.*******

It’s no small secret that God of War is one of the most impactful video games to release for the medium in some years. From its combat to its visuals, to its audio, and especially to its revolutionary long-cut storytelling technique, the reboot of the storied franchise has managed to hit all the right notes while respecting the original material.

This brilliance follows through all the way to the game’s ending that is simultaneously thought-provoking, adrenaline-pumping, and gut-wrenching. Even so, the ending is not quite perfect as the slugfest of emotions comes at the price of the gameplay itself taking a hit.

Now put those pitchforks down! Before you go rushing to the comments box let’s reiterate that God of War is a gem among gems, but even a flawless diamond isn’t truly without the minutest of blemishes. Before getting into those blemishes, though, let’s take a look at the elements that made the game’s ending shine so brightly in the first place.

Brilliant Manipulation of the Player

The entire supporting cast of God of War is a hallmark example of stellar characterization and meaningful involvement, and Freya is no exception. Throughout Kratos and Atreus’s entire journey she was their friend and compatriot. She saved Atreus’s life, guided Kratos when his path was lost, and most importantly she showed genuine motherly concern for her wayward son when he needed it.

Freya’s pivotal role in the duo’s adventure underscores just how much the final encounter with Baldur hurts for all parties involved. Atreus was hurting, Freya was hurting, Baldur was hurting, and even Kratos was hurting somewhere deep down. The fact that Freya indirectly interferes with the fight, never bringing harm to either side even if she isn’t capable of it, constantly drives home the desire to somehow, against all odds, end this in a peaceful fashion: to reach a conclusion where no one would suffer.

But suffer they do, and Freya’s parting words to Kratos and his son are some of the most haunting lines to ever be delivered in a video game. Especially as they are aimed just as much at Atreus as they are Kratos.

Beyond the final encounter is the game’s earth-shattering twist that Atreus is actually the God of Mischief, Loki. We could go into all the nitty-gritty details of how hints of Atreus’s true identity are sprinkled throughout the game but that would be an entire article of its own.

The aspect of note, however, is how the twist is presented, how Atreus states it so matter-of-factly and Kratos confirms it equally so. There’s no swelling of the orchestra, no fancy camera tricks, or anything of the like that draws attention to this line. The revelation is simply floated out there and it’s up to the player to latch on to it and come to the realization of what it means and why it’s important. This ends up being way more impactful than any external elements could ever provide.

Along the same lines of player involvement is God of War‘s “true” ending. There’s no waymarker or anything of the like that tells you to go home after returning from the Realm of the Giants. Sure Atreus may have said he was looking forward to going home and finally resting, but he also said he’d be just as satisfied staying out and exploring.

It’s up to the player to decide, “Y’know what? These two have literally been through Hell and back. I think they’ve earned a well-deserved break.” It just seems like the natural thing to do rather than what you have to do because you’ve grown so attuned to the weary Ghost of Sparta over the course of this epic adventure. To be rewarded for that sort of role-playing with a secret scene that so perfectly sets the stage for the sequel isn’t just gratifying, it’s downright empowering.

It’s because these story beats are so strong, though, that they highlight the imperfections in the other aspect that makes up a game. That is the gameplay itself.

The Necessity for a Sense of Finality

Take a moment to consider what makes a “final boss”. Yes, part of the answer is in the name itself but there’s more to it than just being the boss at the finale of a sequence of bosses. It’s meant to be the culmination of events and not just an inevitability. It should be a clash that feels different to play than anything else up to that point. Unfortunately, when you remove phenomenal storytelling and view the final encounter with Baldur in a vacuum purely from a mechanics standpoint, it falls flat on both of these fronts.

Kratos and Atreus more or less stumble upon their fight with Baldur when they are spewed from the World Serpent’s mouth. There is no lead-up to it much like the Magni & Modi fight before that, and the Hraezlyr dragon fight before that. This was just an inevitable confrontation that could’ve happened at any point of the game and did happen multiple times already. As such Baldur’s fight is presented like he’s any other boss encounter in the game.

This feeling was only emphasized by the fact that this “grand” clash is almost identical to Kratos’s previous scuffles with the antagonistic god. Freya’s attempts at peaceful intervention may have profound effects on the impact of the story, but it adds virtually nothing in terms of the gameplay itself besides an occasional quick-time event here and a scene transition there.

Meanwhile, Baldur himself fights with the same moves he used in previous fights with the exception of a new dive bomb attack and the fact he can change his element between fire and ice. The dive-bomb is highly telegraphed and easily dodgeable and the elements just require a simple switch between weapons to counteract.

Nothing about the fight from a mechanics perspective signals to the player that this is the vaunted final showdown of the game. In fact, I didn’t even realize that it was until the credits rolled and gave me a definitive answer. Until then I half-expected Odin to show up in Jotunheim to ruin the emotional payoff of the father and son’s mourning, which I am very glad they didn’t. Having Thor show up in the second ending does wonders for hyping up the next game but it is also salt in the wounds for being denied that epic, unique final encounter.

Let’s reiterate that the Baldur fight is by no means a bad fight. Like the rest of God of War prior it’s bombastic, over-the-top, and gratuitously vicious, and the amount of meaningful story-telling that happens during it is astounding. It’s because the fight itself is “like the rest of the game prior”, though, that it is lacking as a final encounter and as a result feels not necessarily half-baked, but like 95% baked. The fight needs that last little “oomph” to really distinguish itself and push it over the edge into legendary territory. Considering where the series is going from here, however, I imagine that “oomph” is going to be given many times over in future installments, and then some.