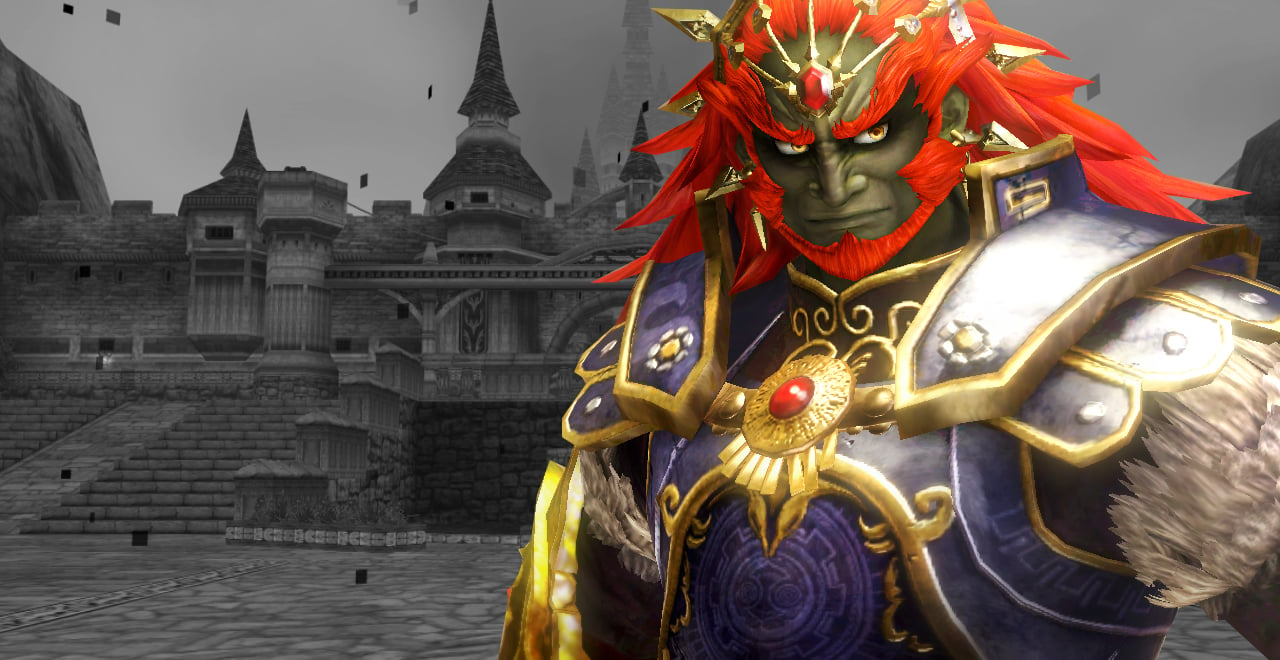 Despite the horrible decisions people may make, there is almost always a shred of light that lies deep within them. We have learned to love to hate many villains in video games, but perhaps this animosity is often unjustified. Sure, several are one-dimensional and show nothing but hate and destruction, but this is not always the case, especially with one of the most well-known Nintendo characters.

Let’s take a look at the King of Darkness himself, Ganondorf. At first glance, this man may seem like nothing more than a power-hungry monster that will not let anything stop him from achieving his devious goals; Ganondorf knows what he wants, and will do whatever it takes to obtain it. However, through his madness we have been able to get a glimpse of his humane and caring nature. In Ocarina of Time he is the ruler of the Gerudo people. Being the only man in the colony, he is forced to do everything he can to provide for the women that raised and cared for him.

The Hylians have lived in their beautiful and lush homeland for centuries; the Gorons reside in the best possible location of Death Mountain, allowing for the enjoyment of warm climate and an abundance of rock snacks; the elegant Zoras live peacefully in their aquatic and thriving sanctuary. Yet, the Gerudos are left to fend for themselves in the dry, arid, lonely desert. It is clear that all the other races loved their homeland, except the Gerudos. They had to endure numerous hardships, making survival an arduous task.

This displeasure at their homeland is confirmed in the final moments of Wind Waker, when Ganondorf states, “My country lay within a vast desert. When the sun rose into the sky, a burning wind punished my lands, searing the world. And when the moon climbed into the dark of night, a frigid gale pierced our homes. No matter when it came, the wind carried the same thing… Death. But the winds that blew across the green fields of Hyrule brought something other than suffering and ruin. I coveted that wind, I suppose.” They were punished in their homes, day and night. They did not have appropriate means for agriculture, and most likely had problems obtaining necessary food products.

What kind of leader would Ganondorf be if he just let his people live in this poverty stricken and desolate home forever? Yes, the Gerudo consist of a large tribe of thieves, but perhaps their occupational situation is a direct result of the opportunities they have been given. How can the rest of Hyrule expect these single women to rise above their poverty and improve their stark living conditions? It’s unfair and unjust to turn their backs on an entire society living in the harsh desert.

In Ocarina of Time it is stated that Ganondorf and the King of Hyrule have an allegiance. Despite the King’s fantastic living conditions, there was clearly never any significant support or resources offered to the Gerudo people. If the King of Hyrule couldn’t help him, who could? He was never given any compassion, support, or appreciation by anyone besides his own people. Ganondorf saw an opportunity in Ocarina and took it. With the help of some of his people, he betrayed and killed the King of Hyrule. Here he began to gain more power and resources.

Perhaps this led him down a slippery slope and eventually allowed him to lose his focus. He wanted to obtain all pieces of the Triforce to improve the life of his people, but something happened during his quest to gain power. While it is not stated what changed his motives, it is clear that certain events altered the relationship between the Gerudo people and their leader during the seven-year time gap when Link is not present. The Gerudo people no longer respected or followed him, so he abandoned his tribe and found a new home. Can you blame him, though? He gave all he had, broke an allegiance, and murdered a king. He risked his morality and ruined his reputation for a shot at finally being a proper provider for his friends and family, but in the end they only despised him. In the end he lost those that he was originally fighting for, and all he had left was the power he had obtained and the quest he set out on.

Maybe Ganondorf did not set out to be an all-powerful killer, but the people of Hyrule created him. They left a man with so much power and influence in the darkest corner of Hyrule. They gave him the worst land, resources, and support. They left him with no options and pushed him into a corner. Once he pushed back, everyone called him a monster and learned to hate him.

Despite whatever may have occurred between Ganondorf and his people, it is clear that his intentions were once meaningful and loving. After being fostered by two witches and constantly being surrounded by women, it is clear that Ganondorf had some affection for the female gender and children, who may be responsible for the only time he ever has shown any compassion throughout the whole series. In Wind Waker he reassures the player that he is not a monster that wants to murder Link or Zelda stating, “Do not fear. I will not kill you… I merely have need of the power that dwells within you”. By this point, Ganondorf had already killed countless people, but after murdering kings, sages, and helpless innocents, he still had a bit of humanity in his heart, refusing to kill the princess and his biggest enemy.

The man is simply not as he seems. A path that was once redemption turned into revenge. He lost his mind, people, and most of his morals. There is no debating that Ganondorf eventually turned into a devious and power-hungry ruler, but there is certainly some depth to his character. We have seen the story of Link and Zelda several times now, and it is always a fun an interesting tale. However, there is so much Nintendo can explore with a side story or coming-of-age tale for someone like Ganondorf. A spin-off like this could explore how he learned to fight, what he had to go through to become a king at such a young age, and how he adapted to living in a community that was strictly filled with women.

What other Zelda spin-offs would you like to see Nintendo explore? Let us know in the comments!