The annual period of Gabe Newell memes, aka credit card-ocalypse, aka Steam Summer Sale is upon us and we all know what that means! It’s time to fill our carts with a metric shit ton of games that we may or may not ever actually play for the simple reason that they were less than five dollars! 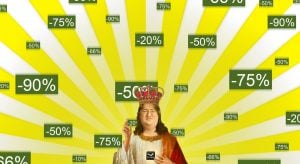 Why should having a large backlog be a mark of shame? Who cares if I’ve only played about 15% of the 238 games in my Steam library for longer than an hour? The presence of your backlog shouldn’t be a source of anxiety, but a source of comfort instead.

In today’s world of modernity we have innumerable sources of entertainment vying for our attention at any given moment. Streaming services such as Netflix and Hulu alone provide a virtually endless source of movies and TV shows accessible at your fingertips, while tablets allow you to carry your own personal library of books in your purse or backpack. This isn’t even touching on all the monthly gaming services that throw titles at your face such as PlayStation Plus, Xbox Game Pass, and Humble Monthly. There’s only so much time in the day and even less so available to do what we actually want so we must pick and choose how to spend it. Why, then, would having a backlog help alleviate this problem when on the surface it does just the opposite?

The answer is one part economics, one part psychology, and two parts human irrationality and it all boils down to personal satisfaction. Humans are illogical creatures and we often have moods and whimsies that can’t be explained. You can be going through a game, completely engrossed by it, and then one day just simply not feel like playing it. Not because the game suddenly got bad or anything, you just feel like doing or playing something else and that’s okay. 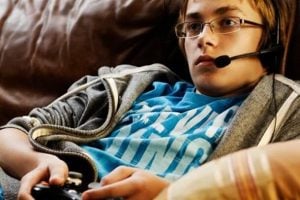 These moods are often fleeting and flutter away before the day is over, so should you just ignore it and continue playing what you have been? Of course not! For one reason or another your brain is telling you it wants to play something else, even if you can’t explain why, and it’s important to latch onto those feelings while you can. There’s too little time in the day to not be the happiest you can be while playing games, and you deserve to be happy.

This is where the backlog comes into play. By browsing through it during one of these episodes you’ll probably find a game that fits your fancy and from there it’s as simple as installing and being off on your merry way. It’s this instant fulfillment of a craving that maximizes your personal satisfaction at that moment. Any sort of barrier in the way, such as not having the game readily available or, even worse, having to buy it first drastically lowers the chances of you actually following through with your urge. Having a list of games that will, more or less in Steam’s case, always be there for you to come back to for any of your whims is something to take comfort in, not anxiety.

This certainly does not mean you should feel compelled to make it through your entire backlog, though. The notion that we must play the games we buy is a flawed one, especially with games bought digitally on Steam or almost any digital storefront. The money you spent on that game is gone and you won’t be getting it back except under some very strict and stringent circumstances. The term for this is the “sunk-cost fallacy,” and it’s something every intro economics student learns within their first week of class. 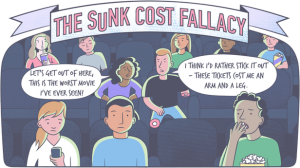 There’s nothing wrong with letting a game you bought rot in your library if the chance to play it just never comes up; it’s not something to feel bad about. Forcing yourself to play a game simply because you bought it at some point in the past can feel like a chore or, worse yet, cause you to not appreciate a game where under the proper circumstances you could have truly enjoyed it.

A recent example for myself would be VA-11 Hall-A (pronounced “Valhalla”). I was looking for a calm, relaxing game one night and it seemed to fit the bill. I ended up falling in love with it and VA-11 Hall-A ended up quickly shooting up to near the top of my list in terms of character-driven games. Due to its nature, however, I can’t say that would’ve been the case if I wasn’t in the mood for a game of its type at the time. 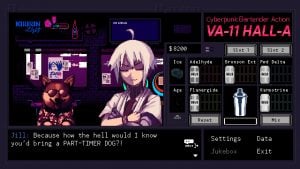 Did I mention how amazing this game is?

This kind of unrestricted freedom is allowed by the presence of a backlog and events like the current Steam Summer Sale are prime opportunities to expand it. Don’t get the wrong idea, though. I’m not saying you should start dipping into your retirement funds to cash in on those sweet bits and bytes. If you don’t want to buy a game for one financial reason or another that’s perfectly reasonable and is called being responsible. However, if you’re hesitating on purchasing a game marked down by 80% only because you think you should play the games you own before buying more or you’re embarrassed by the size of your backlog, don’t be. The larger your backlog the more ease of mind you can have that there will always be something for you to play and as gamers, does it get any better than that?