I remember when Watch Dogs 2 was announced; I distinctly remember rolling my eyes at the hipster culture it seemed desperate to represent. Absolute rubbish I thought, a desperate clawing for relevancy after the abysmal original, which was the definition of disappointing. Soon enough the game came about, quietly, as if Ubisoft was poised not to make the same marketing hype the first game stumbled on. Imagine my surprise when I started it up and found myself still playing it obsessively several hours later; was my drink spiked, was I delusional, had Ubisoft sent a bag of money in the mail? No, no those are rhetorical questions, please don’t answer them, definitely, don’t check under my pillow. What follows is a list of things that Watch Dogs 2 gets right that the first game did not, because everyone loves short and simple (don’t scroll down) list features, especially the ones that feel like they’ve been written by a super advanced AI with all the emotion of a dead frog (with the exception of our site’s brilliantly written list articles of course). List feature exe startup:

Can you remember the protagonist of the first game? It’s perfectly understandable if you can’t. After all, Aiden Pearce had all the personality of a baked potato. A truly detestable character whose motives were as trite as getting revenge, who spoke to other characters like they were dirt, and whose charm was nonexistent. What a complete turnaround the sequel has made, with a richly diverse cast of endearing characters. Ok fine, they might not be for everyone. In fact, I’m sure lots of people (especially of a certain age) will be determined to hate them before even playing the game. As original as the ‘how do you do fellow kids’ meme is when every person on the internet is tweeting it, feeling like they’re the cleverest person alive; the characters are actually all well written this time. Yes, they’re young and they act like it, but it’s fresh to see a game tackling characters in their early 20’s without just being stereotypes and managing to give depth to their personalities.

The main protagonist is Marcus; yes, he’s a person of colour in the lead role, and no, let’s not get into an SJW discussion. I bring this up because the game acknowledges some current issues that still centre on race with his character. Marcus is immediately more likable than Aiden; he’s funny, charismatic, and just has oodles of energy about him. The game surrounds him with a supporting cast that plays off him with great humour and witty back and forth banter. Overall there’s a great sense of camaraderie, there are scenes where they fanboy over movie trailers and argue about Alien vs Predator. One of the group is on the spectrum, and although I’m not an expert on Aspies, the representation is respectful, and there’s even a transgender character.

A member of the hacker group (Deadsec) named Wrench is perhaps the standout. You’ll recognise him by the punk, spike-covered jacket and the mask that displays emoticons. He’s also the character that people eyed with suspicion during the game’s marketing (myself included, while I secretly liked his design) and looked like the most cringe-worthy conception in the gaming universe. Can’t looks be deceiving, eh? Turns out he’s actually a really interesting and relatable character for people who have social anxiety of some kind, plus he’s just really entertaining, and cool and cute and, and…..disclosure time! So I might have had a minor, huge infatuation with his character (don’t judge me), to the point where I took my mysterious new-found wealth and bought one of those figures/statues/dolls I tease other people for buying – you know, those cheap pieces of tat that fill your closets and make you look at yourself in the mirror and wonder ‘who have I become’.

Be still my beating heart.

A mention has to go towards the fantastic animations for Marcus in the way he moves and fights; the parkour just makes you feel giddy inside. They help inform and add more personality to these people. This has been a long point, however, I feel like this is the biggest improvement the sequel has made. Finally, Ubisoft have created ‘iconic’ characters.

Following on from the upbeat and energetic writing is the big shift in tone from the original. Watch Dogs is silly; you can hack cars to swerve off road, you can snoop at people’s phones to see they have a foot fetish, you can knock people out with what looks like a dog toy, and best of all you can set the police on random pedestrians. The problem was the first game hid away from the ridiculousness of the game’s premise like it was ashamed of the fact it was a video game, because it actually was a video game. The plot and tone had this big po-faced veneer to it, in the same way, David Cage pretended that the internet coming to life was an intelligent piece of social commentary while two characters had a Matrix-style fight in the background. Watch Dogs 2 turns this on its head completely, now offering a huge sunny disposition surrounding everything in the game. The villains are these completely outlandish yet entertaining entities that fully embrace how ludicrous the whole plot is.

The game pokes fun at itself and isn’t ashamed to have fun at the expense of believability. In reality, the characters are all absolutely vile in regards to their actions, but it doesn’t matter because the game doesn’t paint itself seriously, unlike the original. At the same time, it makes sure to ground its rules, and does at several points in the plot present some serious situations and emotive turns. This way you still care about what happens. The best comparison is Saints Row 2 – before that series took the dive into the incomprehensible bilge it became later on (sorry). In fact, you can draw quite a few comparisons to Saints Row 2 in regard to the characters, jokes, and tone. It’s not a bad thing to be associated with. In addition – again like Saints Row – the clothing and customisation options in Watch Dogs 2 add a huge amount of personality to the world, and I found myself constantly changing my outfit.

I swear this article isn’t just an excuse to gush about Wrench.

3: A vibrant and colourful setting

San Francisco is a nice place to be. Well, I’m sure that’s probably not true in real life, but as a game setting, it’s a perfect choice. Following on from the shift in tone (sounds as if I planned all these points to segue into each other, but I didn’t), the setting is so much brighter, vibrant, diverse and interesting than the dull and grey city of Chicago from the last game. It’s so satisfying to see more and more games taking up a colourful art design, right down to the LBGTQ flags that adorn several streets and roads in one affable section of the city. The lighting engine is the real star, offering breathtaking sights and life-like looking sunsets.

In the year of 2016, satire is hard to come by. We all currently seem to be living in a satirical version of the real world already (that’s excluding the brutal satire I’ve directed towards list features). In gaming, though, satire is a risky proposition; can you rely on your audience to ‘get it’? It’s not merely underestimating your audience when you see people missing the point of obvious jokes everyday. Watch Dogs 2 tries to negate that by placing its satire directly on the nose (somehow people will still miss the point). It’s a mixed bag in several instances; some commentary it delivers in a humorous and relevant way, such as the pretentiousness of Google, and elsewhere it feels like a time capsule that dates the game squarely in this year. In fact, several ‘gags’ were outdated before release, such as digs at a Trump-like election candidate and a reference to Obama.

I really do swear it’s not.

The satire is in no way timeless, but yet you can’t help smiling and nodding along to many of the game’s jabs at pop culture and the current social and economic climate. It also risks ‘upsetting’ certain groups of political beliefs, and I’m sure others will gracefully point out the irony of how these people often complain about others being offended. ‘Keep politics out of video games’ translated to ‘keep politics that I don’t agree with out of my precious games’. That political rant out of the way, though it’s not the games strongest creative decision, it does make for some entertaining levels while you sneak around a humorous take on Google headquarters (called Nudle in game).

Ubisoft has a problem, one that’s been true of most of its recent open world games, and it’s a big one: all the missions are repetitive and dull. It’s been true of the last two Assassins Creed games and even Far Cry. In both you rarely found yourself doing anything unique or bespoke during the mission design. The game will ask you to travel to some random space on the map, kill/chase/collect something and then travel back, all the while throwing the thinnest of narrative context for doing it. While Watch Dogs 2 doesn’t completely get it perfect, it does always provide character motives for tasks, and manages to create bespoke interiors with proper level design to stealth through. More surprising was how side missions have been tackled. They aren’t just mind numbing repeats of the same activity disguised as different content. Each side mission has story content, and simply hearing more dialogue and jokes from the gang is incentive enough to play through them.

Oh wait, we’ve come to the end, I’m sure you’re as relieved as I am. Let’s not break the rules of the sacred list feature scripture; 6 items in a list is just crazy talk. Watch Dogs 2 is good and let’s be happy that Ubisoft took this second chance to listen to feedback and make a much more interesting and entertaining experience, and extra thanks to the inclusion of a certain character. Or maybe that’s just me? 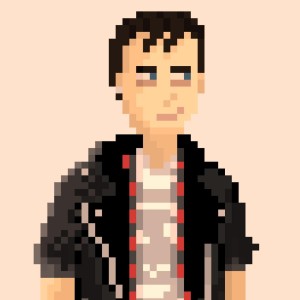 Boasting robust influences from two of the most challenging and exciting genres in gaming, Rainbow Six Extraction feels fresh and fun.…

While it doesn't manage to live up to its immense potential, Riders Republic is still a beautiful and content-rich extreme sports medley.…