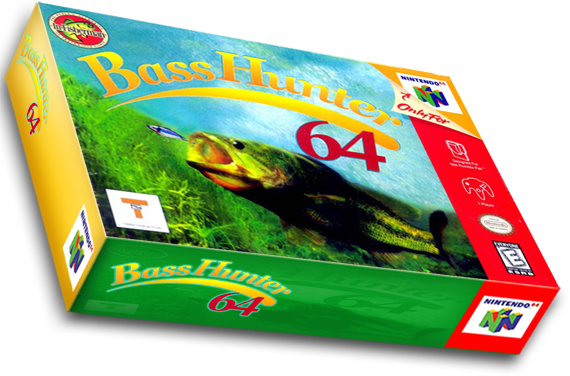 It’s a damp, cold morning; still dark, and your boots are filling with mud, grime, and whatever else the wilderness can cram in there. You’re sleep deprived, wondering why you dragged yourself up at 4am in the morning to sit by a dreary lake with little but starvation on your mind. A fish leaps out of the water near your hook, and your sat wondering why she hasn’t taken to your bait, only to find out some time later she already did and you weren’t aware. This miserable situation doesn’t happen to an armchair angler. All the highs and the lows in the comfort of your home, which leads to the bold claim that fishing games are better than the real thing (not the soul group).

Bass Hunter 64 was released to our hearts on June 30, 1999. The game looked terrible, felt terrible, and probably is terrible, but it had you hooked (pun intended). It was ahead of its time in many ways since you had the option to choose between a male and a female character, something almost unheard of in the 90s. Rowing your boat on the lake; chilling out, maxing, relaxing all cool, and throwing some F-hooks into the pool; good times were had without really doing anything. The variety was as strong as any nightclub on a Friday night, small bass, large bass, medium bass; but every now and then you could snag a salmon or wrestle a pike. And if you came to realise you weren’t the fishing maestro you thought you were, you could slam a rumble pack in the back of your controller and you’ll be trawling that lake bare like any commercial fishing ship. Just in case you were concerned about the world ending at the turn of the millennium, Bass Masters 2000 was released on December 31, 1999. Spend your final moments fishing comfortably in your home.

If you’re looking for no nonsense, prolific fishing, then Cat Goes Fishing offers such a recipe. It’s simple, catch the fish, sell the fish, buy better equipment, catch bigger fish, repeat. The cat is utterly adorable, and if you require more quirky sass in the game, catch a hat and the cat will look utterly fabulous. Now watch out for the grumpers. Sometimes a game that’s just solid fishing can be too much, and this is when a game with just some fishing on the side is required. Subnautica has the option of fishing with your bare hands, and it’s also alien fish so that’s twice as exciting. The only problem is you’re not the apex predator in this situation, you’re an over confident seal being picked off by an orca. The Sea Emperor lurks around in some areas of the map and it’s always hungry and it’s looking for something different from its usual breakfast. Well, that will be you. For something more laid back, the Harvest Moon series have always had something of a fishing experience. Lots of recipes to collect for your crucian needs, or just eat it raw (there’s always an old man in the game that loves some raw fish). Your farm might suffer some neglect as you waste your days and nights fishing, there’s only so many times you can water the strawberries and realise they need to learn to fend for themselves. At least the fish aren’t as pointless as the goat in Harvest Moon: A Wonderful Life. 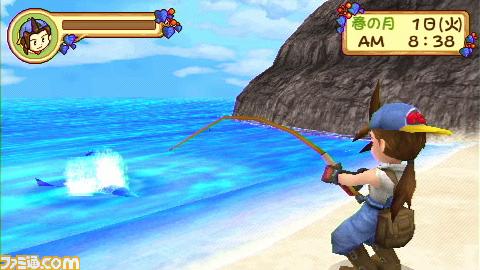 But for ultimate Nintendo fishing experiences, Animal Crossing has provides a situation where our dreams can be met. Once you’re relieved from Kapp’n and his terrible singing, you’ll enjoy a fabulous island of exotic bugs and a diverse selection of fish. What makes the island so fascinating is the ability to be able to catch a whale shark (a filter-feeding fish) with a rod. Somehow, around the island, nature is completely ignored; the very function of a whale shark can be dismissed. The ultimate peril of the whale shark is the kind of old rod you’d find magikarp falling to. While Pokemon provides us with the ability to catch a shellder with a good rod, its the magical old rod of Tortimer that real life can only dream about. The mission for anglers out there is to catch a whale shark with a mere fishing rod. If such a feat is achieved, then the real thing might just be better.