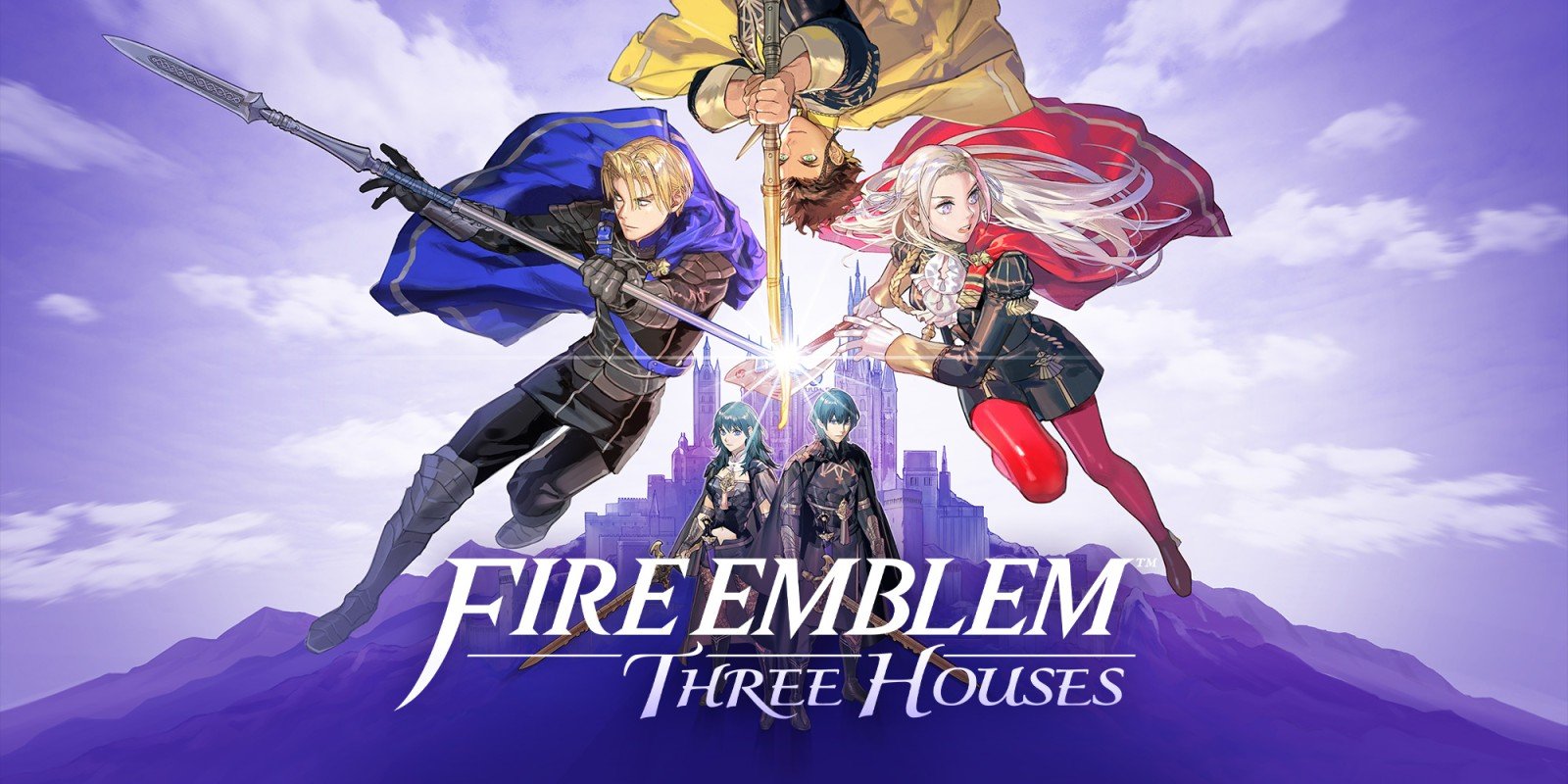 Considering how long Nintendo has kept quiet on Intelligent Systems’ next core Fire Emblem title, it was only a matter of time before fans got a glimpse at the Switch’ Fire Emblem. With after opportunity after opportunity to announce the game passing by, E3 2018 was shaping up to be the perfect playing field to formally reveal Fire Emblem: Three Houses for the current generation. As expected, Nintendo’s E3 Direct presented audiences with a title, trailer, and tentative release period: Spring 2019.

Fire Emblem: Three Houses’ delay from 2018 to 2019 is certainly bound to disappoint some, but it’s not particularly hard to see why Intelligent Systems would choose to spend more time on the title upon watching the trailer. Rather than building off the foundation the 3DS era established with Awakening, Fates, and Shadows of Valentia, Three Houses seems to be following in the footsteps of the Tellius duology: Path of Radiance and Radiant Dawn. Character models are proportioned a bit more realistically like in the Gamecube/Wii era, and the maps shown off feel more at home with Radiant Dawn than they do with any game released after.

Narratively, the trailer reveals relatively little in regards to Three Houses’ plot, but there are bits of information peppered throughout. For starters, the action takes place on an entirely new continent: Fódlan. With the first few seconds of the trailer dedicated to lore revolving around an unnamed Goddess, the Mother of All Life, Fódlan almost comes off matriarchal in nature, if only from a mythological standpoint. Regardless, should this not end up being the case, Intelligent Systems seems to be putting an added emphasis on female characters with who appears to be the series’ first fixed, solo female Lord.

In previous games, female Lords have always shared the spotlight with male counterparts. Celica had Alm; Lyn had Eliwood and Hector; Eirika had Ephraim; and Micaiah had Ike. It is worth noting that Corrin can be made a woman in Fates: Revelations making the two leads, her alongside Azura, both female, but there’s enough subtext in Corrin and Azura’s relationship to imply that the former is intended to be male. There’s also simply the fact that custom Lords are in a category of their own more or less. Three Houses’ Edelgard appears to, unquestionably, be the game’s main Lord in the same way Chrom was Awakening’s.

It seems a bit odd to make a distinction like that, but it needs to be made as it does appear Avatars are returning. Alongside Edelgard, the character with the most amount of relevance in the trailer is the teal haired Byleth. Considering Byleth appears to be the character players will be controlling in the hub world, a feature that appears to be a mix of Fates’ My Castle concept and Shadows of Valentia’s dungeoneering segments, it’s easy to see him as the protagonist. Taking into account, however, that Byleth never once speaks, is referred to with gender neutral pronouns by Edelgard (teacher,) and has dialogue options, it’s more than likely his name, appearance, and gender will be fully customizable. The fact he remains silent throughout the entire trailer also seems to imply he’s more reminiscent of Blazing Sword’s Mark than Awakening’s Robin or Fates’ Corin. Byleth comes off more a supporting protagonist with Edelgard as the clearcut main character.

The aforementioned hub is especially worthy of note as it can bring consequences with it for the story. Fates worked around any narrative issues that would stem off My Castle by playing it in a separate realm from the rest of the game, but Three Houses’ castle town appears to be the legitimate article. It could simply mean Edelgard and her party will encounter many hubs along the way throughout the course of the game, or it could mean the story will be centralized in one key location with any venturing being done within a single chapter. Of course, it’s also entirely possible the hub will be totally separate from the story at large and simply be a location players can return to at their leisure without any impact on the plot.

Visually, while the series has been leaning more into a heavy anime aesthetic for a few games now, Three Houses’ seems to embracing it head on with an art style that’s more tonally in-line with Tokyo Mirage Sessions FE or Persona than traditional Fire Emblem. This isn’t an inherently bad change, and the models and portraits shown off within the trailer do look fairly nice, the former especially, but it’s a distinction that warrants mentioning considering the identity the series has been slowly embracing in recent years.

As far as mechanics go, Three Houses seems to be taking a victory lap approach to its in-game concepts. Weapon durability is back in full, adding in a much needed layer of strategy Fates removed. Combat Arts and Magic as a separate entity return from Shadows of Valentia, giving battles more depth if only on a surface level. It’s excellent to see Intelligent Systems retaining mechanics from previous games rather than removing them, especially when they naturally lend themselves to Fire Emblem’s style of gameplay.

Three Houses is not without additions to the battle system, however. Most notably, Edelgard’s pre-attack menu features an option called “Formation.” Throughout the trailer, units are shown leading minor soldiers with them when entering battle scenes. As Pair Ups appear to be gone, it’s entirely possible the Formation function will take their place, allowing units to buff or debuff themselves depending on what their personal army’s formation is. Of course, this is all speculation and should be taken with a grain of salt since the trailer did not linger on or show off the mechanic.

Although also not lingered on, the trailer did show off a few interesting details in regards to the gameplay: the weapon triangle returns, albeit without a clear indicator it’s in place; skills make a return, displayed in the top left corner of the screen when getting ready to attack; archers can counterattack from 1 space away, either through a skill or naturally; and Edelgard is an axe Lord, the first since Hector in Blazing Sword. Along with that, it appears that Byleth can actually teach Edelgard sword and axe skills in the main hub. Whether or not this will be exclusive to Edelgard has yet to be seen, but it’s likely it won’t be considering previous Avatars’ roles in the series. Also worth mentioning, grids can be turned off on the overworld maps, allowing for a more seamless transition into battles. It’s a minor one, and it does add a minimap on the side of the screen so players can keep track of how many spaces their units can move, but it’s an interesting addition that could help with immersion.

Whether or not Fire Emblem: Three Houses will match the franchise’s previous heights has yet to be seen, but, as far as the reveal trailer goes, there isn’t much cause for concern. The narration alludes to a dark, more mature story; the battle system has been given some added depth; and the Avatar presumably taking a definite backseat to a fixed main character is refreshing after New Mystery, Awakening, and Fates. When all is said and done, Three Houses seems intent on combining the best aspects of the series up to this point.