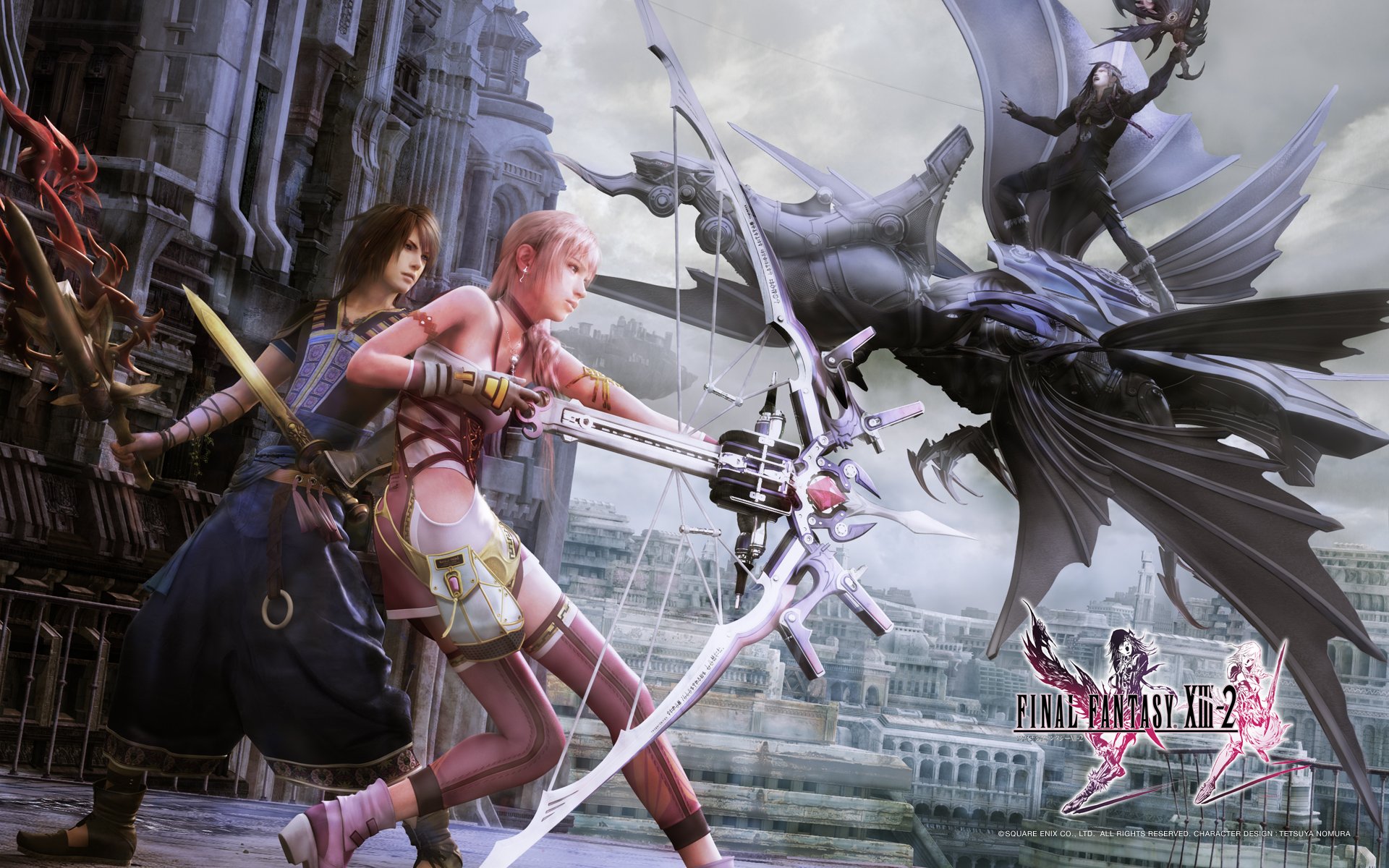 One of the most common requests that has long reverberated among the RPG community has been the desire for a true Chrono Trigger successor. What fans have spent years pining for was the dream of a modern game that featured all of the great ideas which made CT the instant classic that it was: time-travel, vastly different timelines, paradoxes, and choices that showed consequences over the course of thousands of years. What very few people realize is that this highly anticipated ideal of a game has already come and gone under a different title: Final Fantasy XIII-2.

Final Fantasy XIII, the game that preceded XIII-2, remains a bit of a paradox in and of itself. Though it sold very well, and, for the most part, was well-received critically, the majority of the series’ fanbase was left cold by the introduction to the Fabula Nova Crystallis project. The biggest criticisms for the title were in relation to the gameplay and pacing of the adventure. Exploration, one of the Final Fantasy series’ key features had been jettisoned almost entirely in favor of what amounted to basically an on-rails adventure tale with scripted events in the interim. In fact, players would have to endure 20-30 hours of this gameplay style before they were even given a single choice on how to play the game, and by this point most of them had already tapped out. Unfortunately this legacy is what led primarily to the downfall of FF XIII-2. With most fans dissatisfied, and the FFXIII name sullied, there was not a lot of fanfare for a sequel to a game that had so much negativity associated with it, and that many purchasers had neglected to even finish in the first place. The reason this remains such a tragic turn of events, though, is because XIII-2 is not just one of the greatest RPG titles of the previous generation, but maybe one of the all time great RPGs.

That statement might be a bit hard to swallow, but just give us a moment to convince you. For starters, Final Fantasy XIII-2 is one of only 22 games to ever be bequeathed with the legendary perfect score of 40/40 from Japan’s preeminent gaming magazine, Famitsu. What this game amounts to is basically the best parts of what worked in Chrono Trigger, and all of the best iterations of the Pokemon and Final Fantasy franchises. From Chrono Trigger it borrows the wildly inventive time travel mechanic, and turns it up to 11. Utilizing an almost daunting timeline system, FF XIII-2 has a plot which is often directly related to how you play the game, and even incorporates your choices (and your level of dedication) into how these various eras and places will develop over time. Going even further, XIII-2 actually has multiple timelines, some of which end in a paradox, as seen in the games opening moments, where Lightning, the protagonist of the first game, disappears into an oblivion of never-ending war.

Pokemon lends XIII-2 its monster-catching gameplay, in what amounts to one of the most important decisions players can make for any given situation: the third member of your party. While the two primary roles of the battle system, which returns the highly tactical Paradigm design from FF XIII, are taken by the protagonists, Serah and Noel, the third position is reserved for whichever monster you believe can best assist you in your given situation. With the allowance to create and stack several decks of different monsters under different roles, and swap out your heroes with those same roles, Final Fantasy XIII-2 brings back everything that worked for Final Fantasy XIII, just as it tosses out everything that didn’t. You see, Square-Enix had heard the criticisms that everyone leveled at it over Final Fantasy XIII, it’s just that no one took the time to check in with them afterward. All of the key problems with the title are directly addressed, and a ton of new ideas are introduced in order to make up for the disappointment that many fans were left with in its wake. Meanwhile, the trademark exploration elements of the series returned in spades, with dozens of new environments to explore, the return of key characters in vastly different scenarios, and a world that literally changed with each passing hour.

Final Fantasy XIII-2 remains the best installment in the series since the golden age of the PSX, it’s just a shame that so few took the time to play it and see its endless potential. The title undersold, and, as such, its mechanics were thrown away entirely in favor of an action-based third installment, Lightning Returns: Final Fantasy XIII. This series of unfortunate events has made FF XIII-2′s situation even more dire in its tragedy, leaving it in its own paradox as one of the best RPG titles of the last 20 years, even as it’s sandwiched tangentially between 2 mediocre and under-delivering games in the same series.