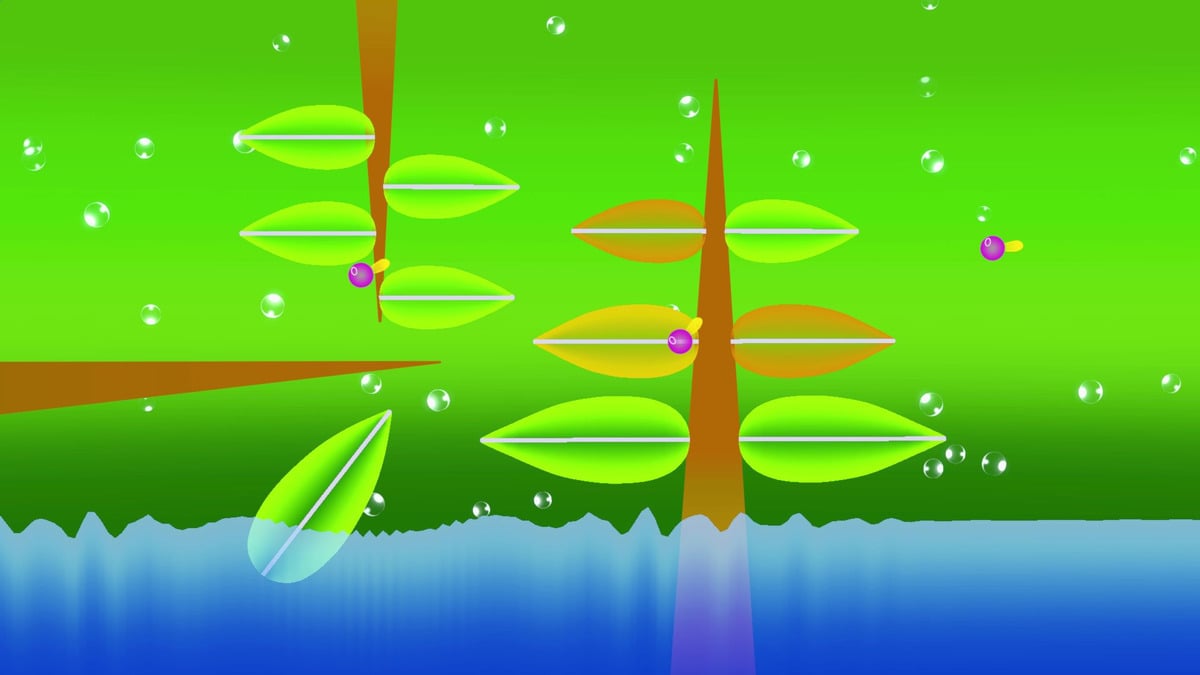 We need more singing fish in this world.

Fifteen years ago on January 9th, 2006, Nintendo published an experimental piece of software for their monumental dual-screen portable touch device starring a variety of colorful musical fish. Released for their burgeoning DS, Electroplankton falls somewhere between a toy, a musical instrument, a rhythm game, and an art project. It is all of those things and none of them. Even by its own platform’s standards, it is unlike anything that came before or after it, a truly wonderful piece of software that deserves to be celebrated with an endless array of songs and dances.

Miraculously designed by a single game developer, Japanese interactive media artist Toshio Iwai’s Electroplankton allows you to play one of ten mini-games – or rather instruments, in order to create sounds by interacting with glowing little creatures and their colorful environments.

There is a kind of lovely formality to all of the presentation in Electroplankton that makes the whole experience feel like it is of a fraction of something larger. You turn it on and an orchestra tunes up, letting you know that this title is more akin to a toy instrument than an extravagant and adventurous quest. You are prompted with either performance or audience mode, which feel pretty similar, though in the former option you can theoretically just watch and listen as these weird fishies perform for you, whereas the latter is more explicitly interactive. In either case and in so many ways, Electroplankton is whatever you truly want it to be.

You can call them toys, games, instruments, or even experiments, but Electoplankton has ten of them. Each plankton holds their own little charms and quirks you will not find in one another. In essence, each has a bank of sounds that the player interacts with in unique ways using the stylus or DS microphone. Some loop and others are more open-ended, but they are all fun to at least tinker with.

Part of the genius of Electroplankton is much like many toy instruments theoretically made for children: each little game is open-tuned so that you will never create sounds that audibly feel “bad” to the ear. Each little experience tends to feature a pointed bank of instruments playing together that naturally sound good.

The ten games are numbered with an associated and generally adorable and smiling semi-translucent little plankton. Each glowing and colorful little character looks vaguely fishy and yet also geometric. Every plankton has a mysterious little written description that makes more sense after you have experienced what they have to offer.

Game 01 ‘Tracy,’ vaguely instructs Electroplankton users to “Draw lines through the water. The plankton swim along the lines to create mysterious music.” Boot it up, trace a line with your stylus, and watch as your glowing fish critter creates a rhythmic melody in response. Add more and more to create a wondrous cacophony.

Game 03, ‘Luminaria,’ tells audiences to, “Lightly touch the arrows to change their direction. The plankton follow the arrows.” You poke your stylus at one of four little colorful fishies in of four corners who trigger a looping, rhythmic mallet-based melody. You redirect them around a kind of grid to create endless looping melodies.

Electroplankton even manages to make use of the DS microphone in some enchanting little ways too. Game 05 ‘Rec-Rec’ hungry little beat-based fishies feed on sounds as you speak into the system’s microphone, and in the memorable Game 06 ‘Nanocarp’ the plankton react to your claps.

The most vaguely game-like plankton, Game 09, ‘Beatness’ is a kind of sequencer created by lines of luminescent geometry-faced squids wherein you remix chip tunes including some Mario-style favorites. Add notes to their geometric tails in order to interact with looping songs.

The brainchild of a single visionary developer, Electroplankton does what Nintendo does best. It takes a deceptively simple concept and transforms it into a delightful tool of ambitious functions. If you have a mind for it, zoning out and tuning up some mellow fish melodies might be the best antidote to the clatter and clamor of our world that an addled gamer can find. Just ask the ambitious genius, AA Battery who created his very own Electroplankton opus:

Electroplankton remains a singular underwater experiment and experience. Like the best of what Nintendo does, it is a joy and a wonder, and it is still fun to play. The world still needs more singing fish, and we just might be ready for more…