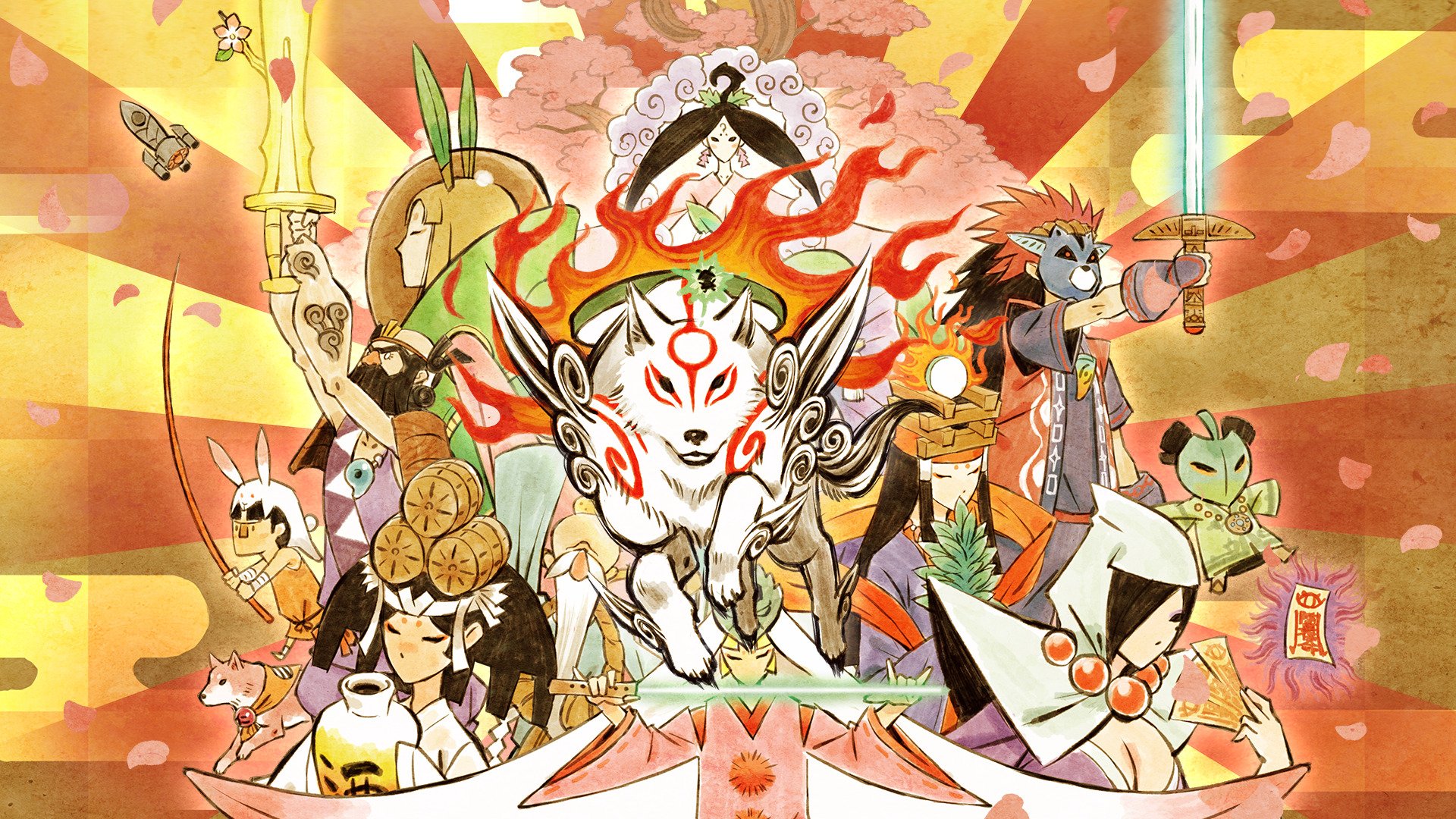 Ever since The Legend of Zelda first came into the world back in 1986, many games have tried to ape its formula in hopes of creating a similarly captivating experience. Most have failed due to a sheer lack of imagination. This makes the stalwart Okami stand out all the more, being a game that doesn’t just aspire to the quality of a Zelda title but downright matches it.

Setting players as the Japanese sun god Amaterasu, Okami offers a rich, textured world inspired by Japanese folklore, mythology, and history. Your goal is to put to rights a country ravaged by a dark curse and defeat the reawakened Orochi; an evil beast thought to be the cause of the curse.

Like Link, Amaterasu doesn’t speak, and so a tiny sidekick named Issun does most of the talking for her. Joining you as a wandering artist, the partnership with Issun makes sense since Ammy (Amaterasu’s nickname) wields the Celestial Brush: a legendary tool that allows her to stop time and alter events to her benefit.

For players, this works by holding a button to enter Celestial Brush mode. You can utilize this technique to attack enemies, restore dead plants, put out fires, or even create a bridge across a chasm you couldn’t hope to cross otherwise. Really it’s this feature that sets Okami above other Zelda clones and allows it to craft a world all its own.

The level of depth and versatility of the Celestial Brush cannot be overstated. There are countless uses players will find for it throughout the 40+ hours it takes to play through Okami‘s campaign, and, by the end, the dozens of different techniques that you will have to master will be merely second nature due to the game’s perfect learning curve.

It isn’t just the story and gameplay inspired by Japanese folklore, though; Okami‘s look is also strongly reminiscent of classic Japanese art. Made to look like the watercolor and woodcut art from the historic Ukiyo-e era, Okami has an art style so unique that no other game in the entire medium can boast a look like it. Even the music from the game is inspired by classical Japanese compositions, offering Okami a level of authenticity that feels like a love letter to the culture that inspired it.

Of course, all of this versatility and originality (despite the obvious Zelda DNA) would not go unnoticed by Nintendo. Though the Japanese giant never claimed to see Okami as an influence, they did give Link the ability to transform into a wolf in The Legend of Zelda: Twilight Princess, the Zelda release that followed Okami roughly a year and a half later.

Whether Nintendo cribbed from the game that borrowed so heavily from their playbook, Okami remains a fantastic game, particularly today when the Okami HD version of the game exists on most platforms. A gorgeous update of the already wonderful original, Okami HD ensures that even after 15 years (a time period that is more than sufficient for a game from that era to disappear into the ether forever), Clover Studio’s best game lives on in perpetuity, and will be experienced by gamers for generations to come.