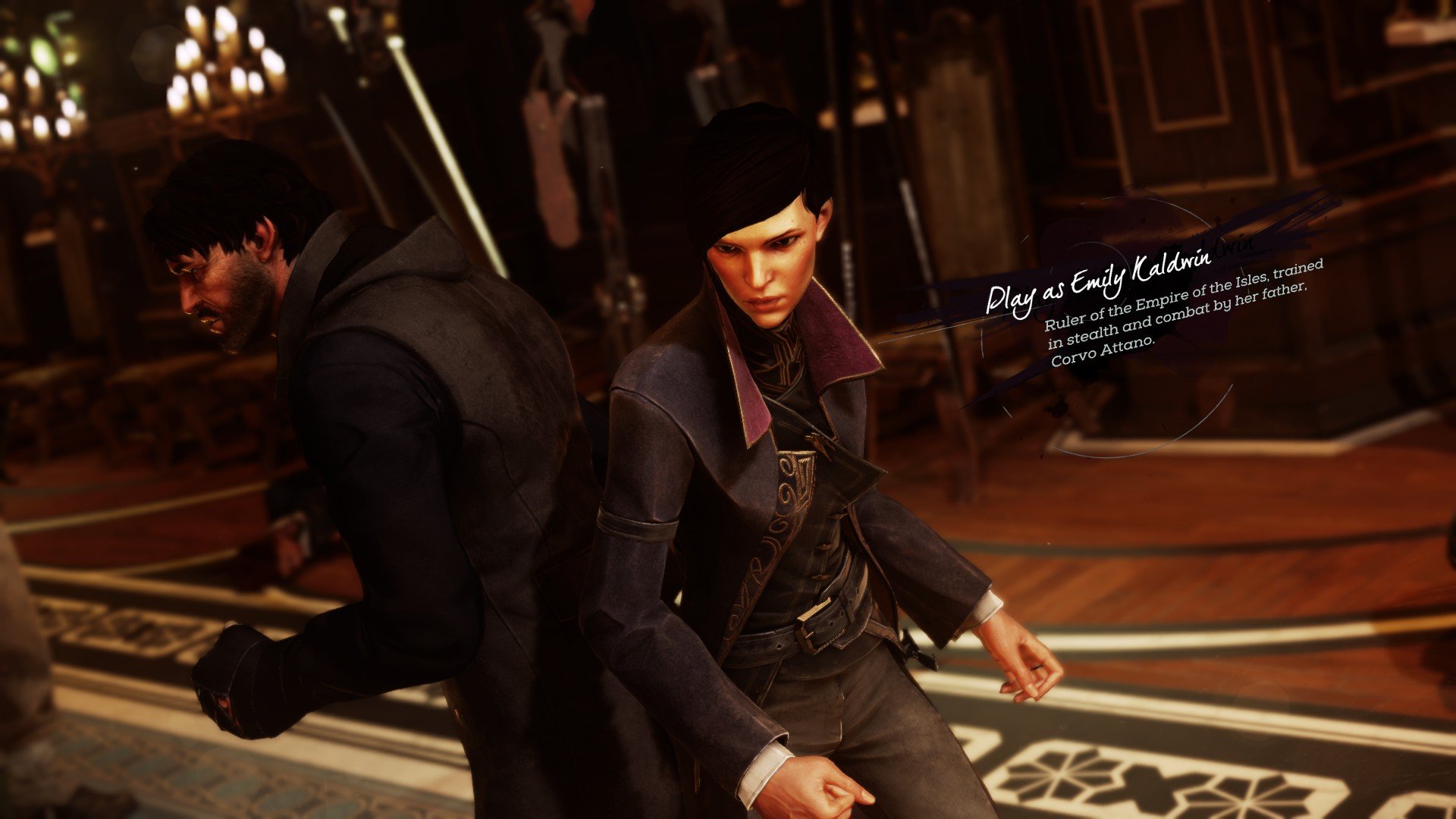 Dishonored 2 is a game that encourages a creative approach above all else. Where other games settle for for a lone, linear path – or in some cases, even force it – Dishonored 2 offers several. Best of all, these different paths are meaningful, detailed and incredibly fun to explore.

There’s a big decision to be made even at the outset of the game: do players take the role of Corvo, the Royal Protector and protagonist of the first game, or the Empress Emily, an empathetic but inexperienced leader? Each comes with different abilities, though their story will play out almost exactly the same in every way – most lines of dialogue have been written in such a way that they could apply to either character.

Unfortunately, this is one of a few indications that the story feels like an afterthought, rather than any kind of focus. The first game wasn’t exactly lauded for its plot, but it did a great job of building an interesting world and filling it with a good deal of mystery and intrigue. While the world-building is just as good – or really, better – in this sequel, that mystery is absolved entirely, replaced with a plot that would be as generic as possible if not for some of the holdovers from the first game. 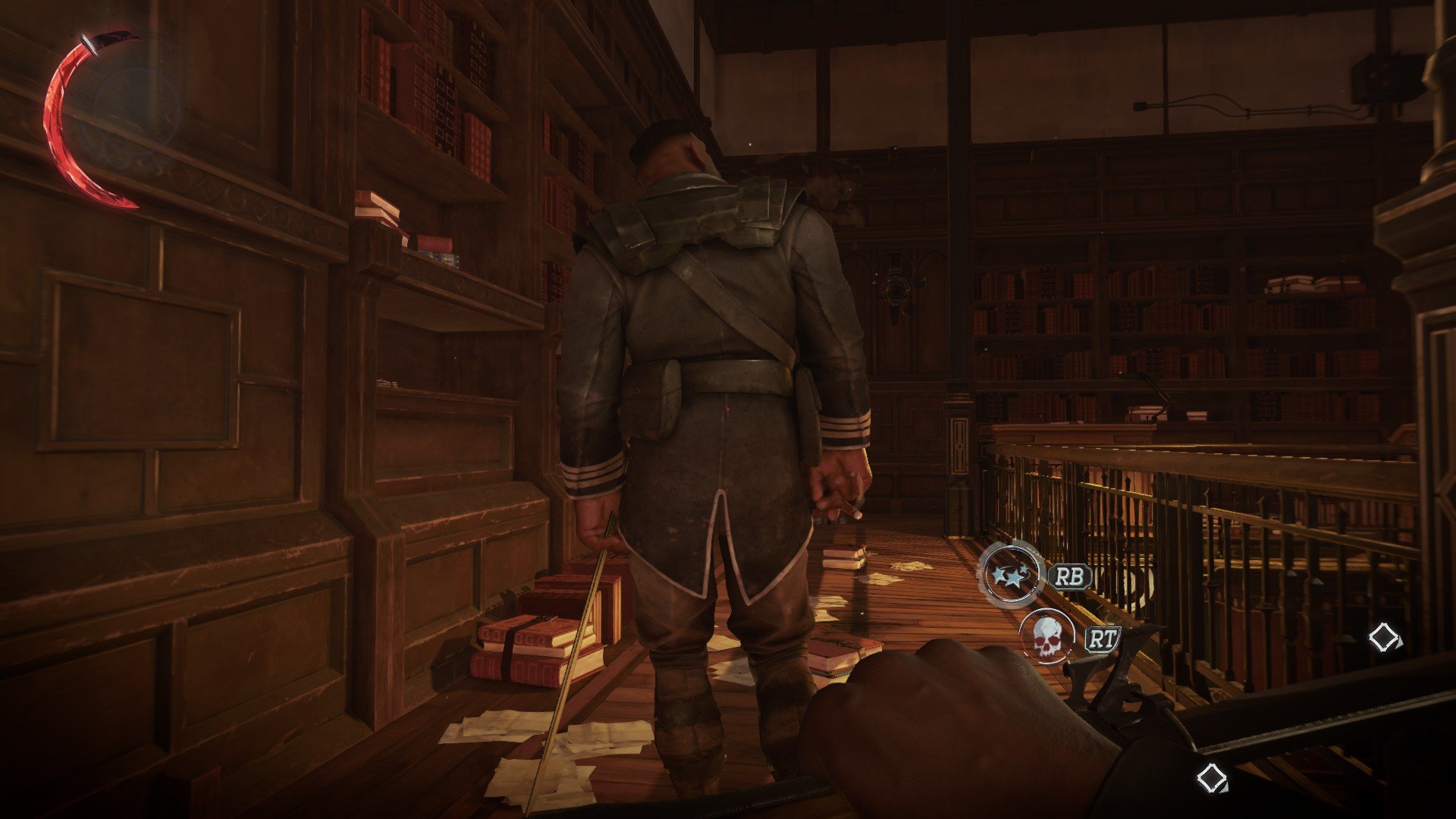 It’s a shame, too. One character remarks, “the world is better with a hint of mystery”, so it seems like the writers were at least aware of the fact. While straight-up storytelling isn’t necessarily an issue, the problem is that all the intrigue of the first game has been replaced by generic and uninteresting explanations. There’s still a lot we don’t know – some of the details of the supernatural, for example – but a great deal of subtlety has been lost, with no benefit from doing so.

The good news is that the story is at least inoffensive and unobtrusive, even if it may come as a bit of a disappointment to fans of the first game. It also may only be such an issue because the world at large – and especially the city of Karnaca – is so beautifully and intricately designed that the otherwise ordinary plot and characters become so obviously sub-par.

The game takes place in Karnaca, “The Jewel of the South”, rather than the dreary and rain-drenched streets of Dunwall (though players will spend a little bit of time there, too). Karnaca is, put simply, one of the greatest locations in gaming history. Each area – tiny or otherwise – is littered with details, and every single prop feels as though it belongs, both in the world and as a useful tool for more imaginative players. It’s a beautiful and sunny sea-side paradise, as far-removed from Dunwall as possible. 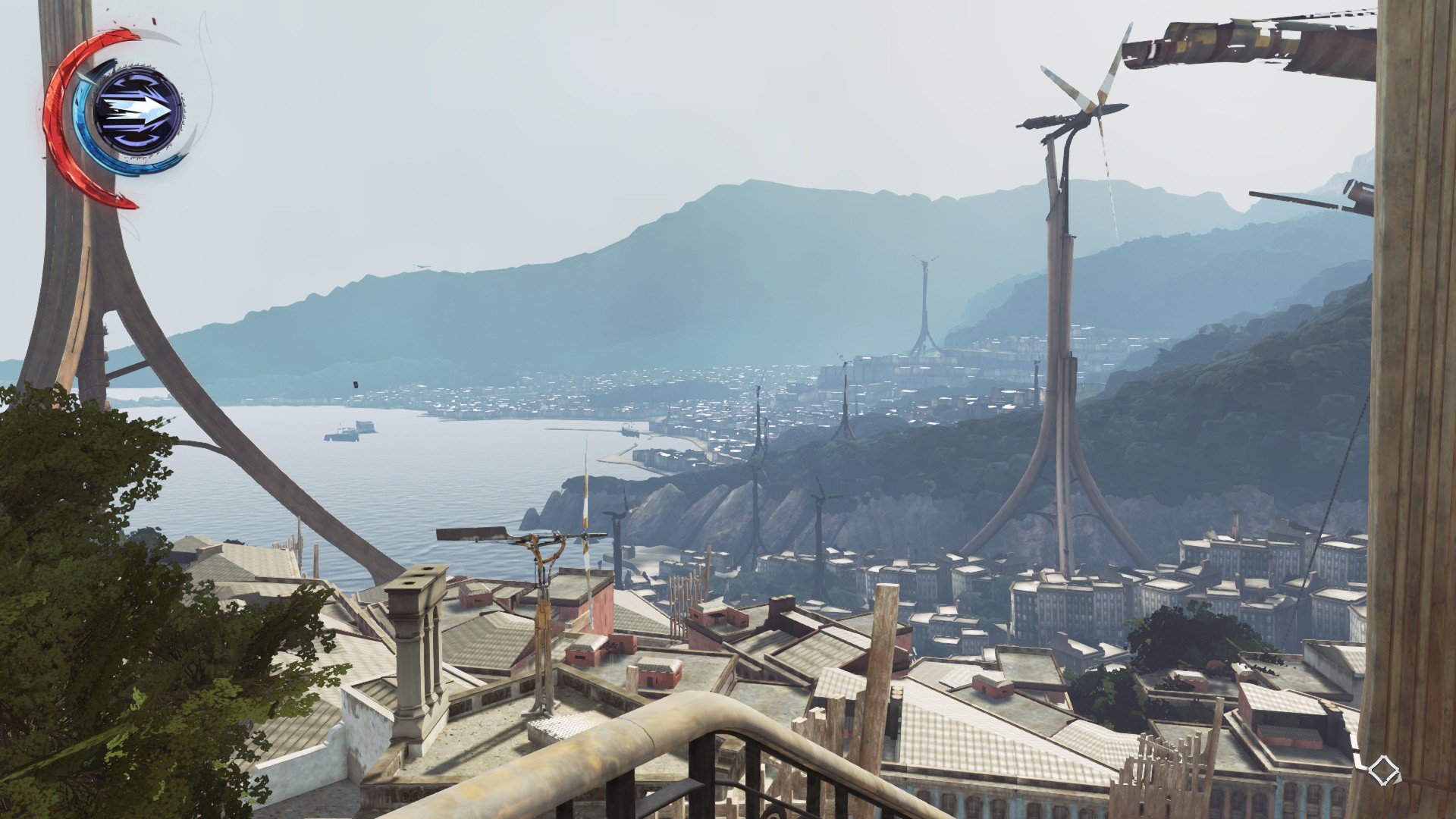 Each mission takes place in an intricate environment, and every player will be able to find a path that suits their style. It’s possible to complete every level without so much as distracting a guard, with the exception of some major characters, but it’s also possible to complete the game as a supernatural killing machine, and the game will treat each strategy as being equally viable.There are so many paths, hidden side quests and things to steal that it’s almost impossible for a player to find them all on a single play through.

Having said that, whether you pick Emily or Corvo, the basic mechanics are the same. Players will sneak, steal, kill (though the game can be completed without killing a soul) and use their supernatural powers to achieve their goals. Where they’re different – other than a handful of lines from NPCs – is in their suite of powers. 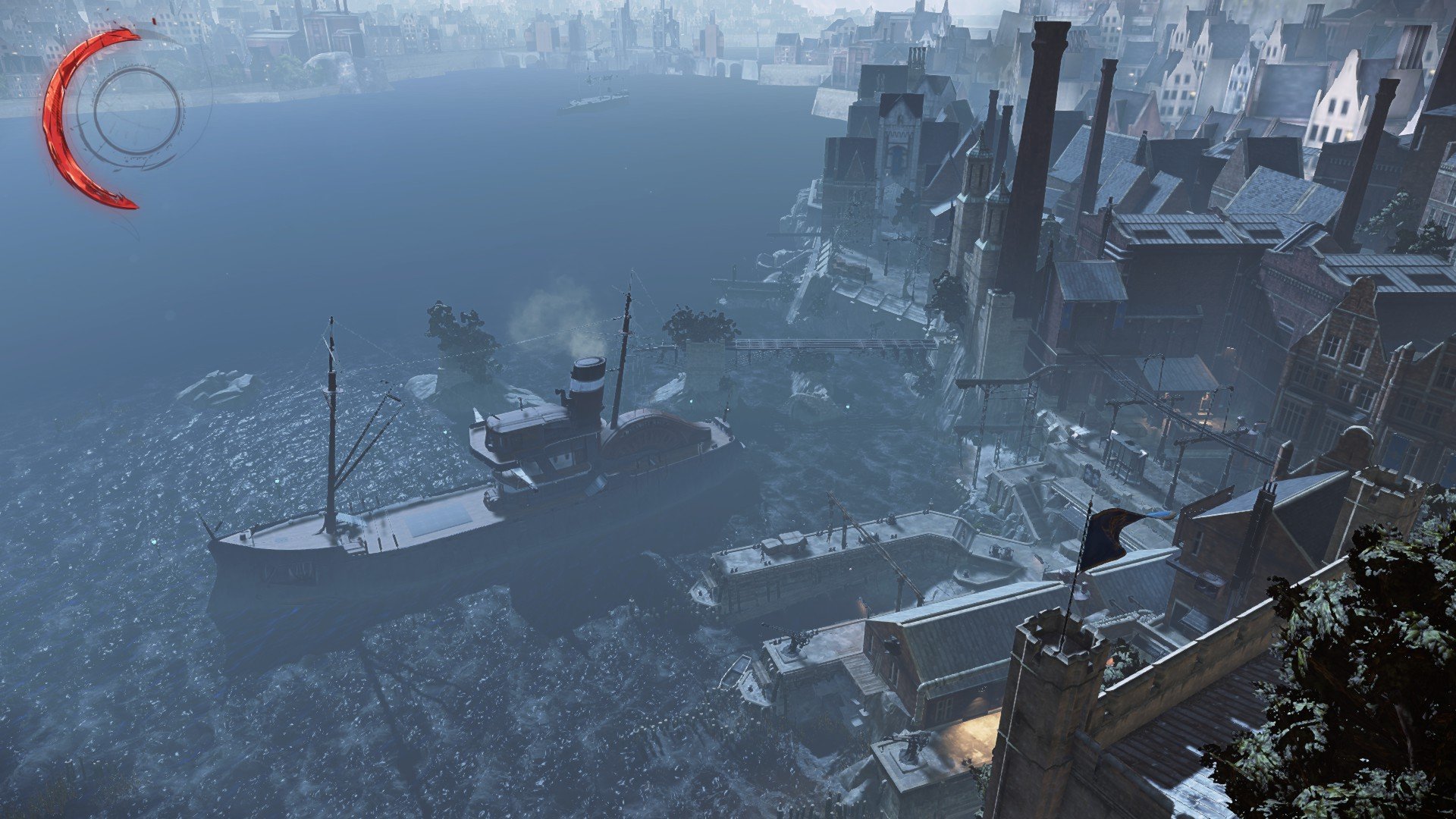 Very early into the game, players meet the Outsider, the mysterious god-like character from the first game. He’ll grant them a choice: accept his gift, allowing access to (incredibly fun) powers, or reject his gift and move on. It’s important to note that it’s possible to reject the powers and play without them, and each level is designed with multiple routes in mind for such players, though it’s significantly more difficult.

Corvo will gain access to his powers from the first game, though they’re slightly re-tuned and upgraded. One upgrade allows “Blink” – the quintessential teleport move – to freeze time while the player is aiming, as seen in the DLC of the first game. Players can also make their rat swarms deadlier than ever, or possess the dead as a means of scouting. It’s comfortingly familiar with enough of an edge to keep old fans invested, and freezing time never gets old.

Emily, on the other hand, is completely different. She does have a rough equivalent of Corvo’s Blink in the spell “Far Reach”, which summons a shadowy tendril to propel her across large gaps or from cover to cover, but most of her powers are brand new, and typically much more interesting than Corvo’s.

For example, Emily has access to the “Domino” spell, which will tie the fates of guards together. Use Domino on four guards and decapitate one, then watch the others fall in an instant. She can also summon a Doppelganger to distract or fight guards while she slips by. 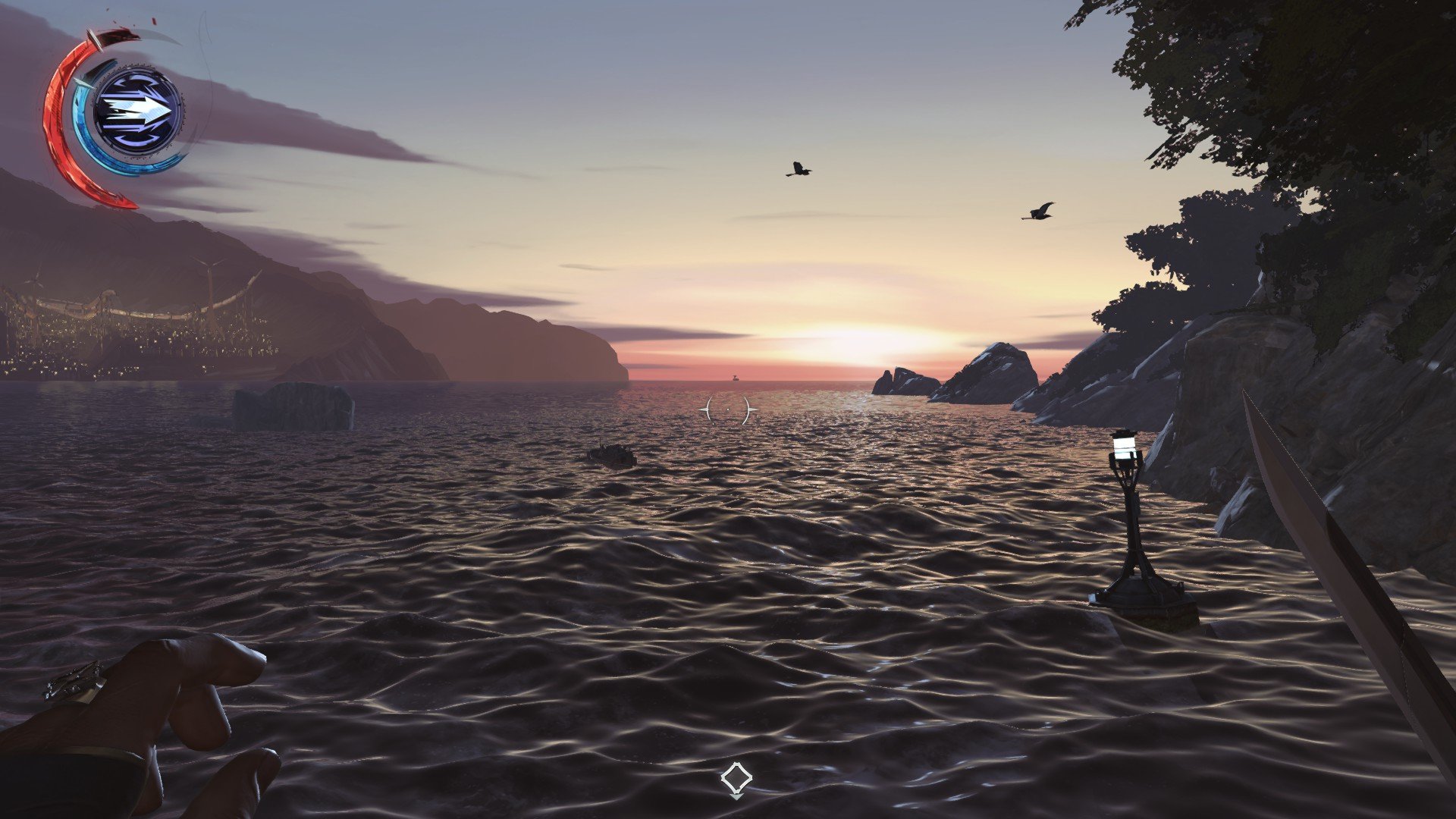 Where Dishonored 2 gets really interesting is in the combination of these ideas. Need to take down a large group of guards, but can’t get close? Summon a Doppelganger and use Domino on it, so whatever you do to it is replicated on the nearby guards. Clever players have even discovered that a Doppelganger can be summoned below Emily as she’s in mid-air as a means to break her fall. The possibilities are nearly endless and are always satisfying.

While the combination of powers feels like enough to keep the game fresh for years, the levels themselves also offer plenty of variety. The first few missions offer glimpses into the lives of Karnacan locals, but don’t have much in the way of variety. This changes – dramatically – when players arrive at the brilliant Clockwork Mansion. Levers and buttons scattered around the enormous mansion will cause it to shift, with walls pushing in and furniture rising out of the floor to completely change the layout at a whim. Even better is that clever players can find their way behind these walls and into the mechanical innards.

Another level has players seeing into the past and present simultaneously, being able to shift from one to the other at will, with the player’s actions in the past having powerful effects on the present. These levels mix up the gameplay in clever ways and allow for some outstanding puzzles and secrets, but they do sometimes feel as though they undermine the powers and stealth to a degree. 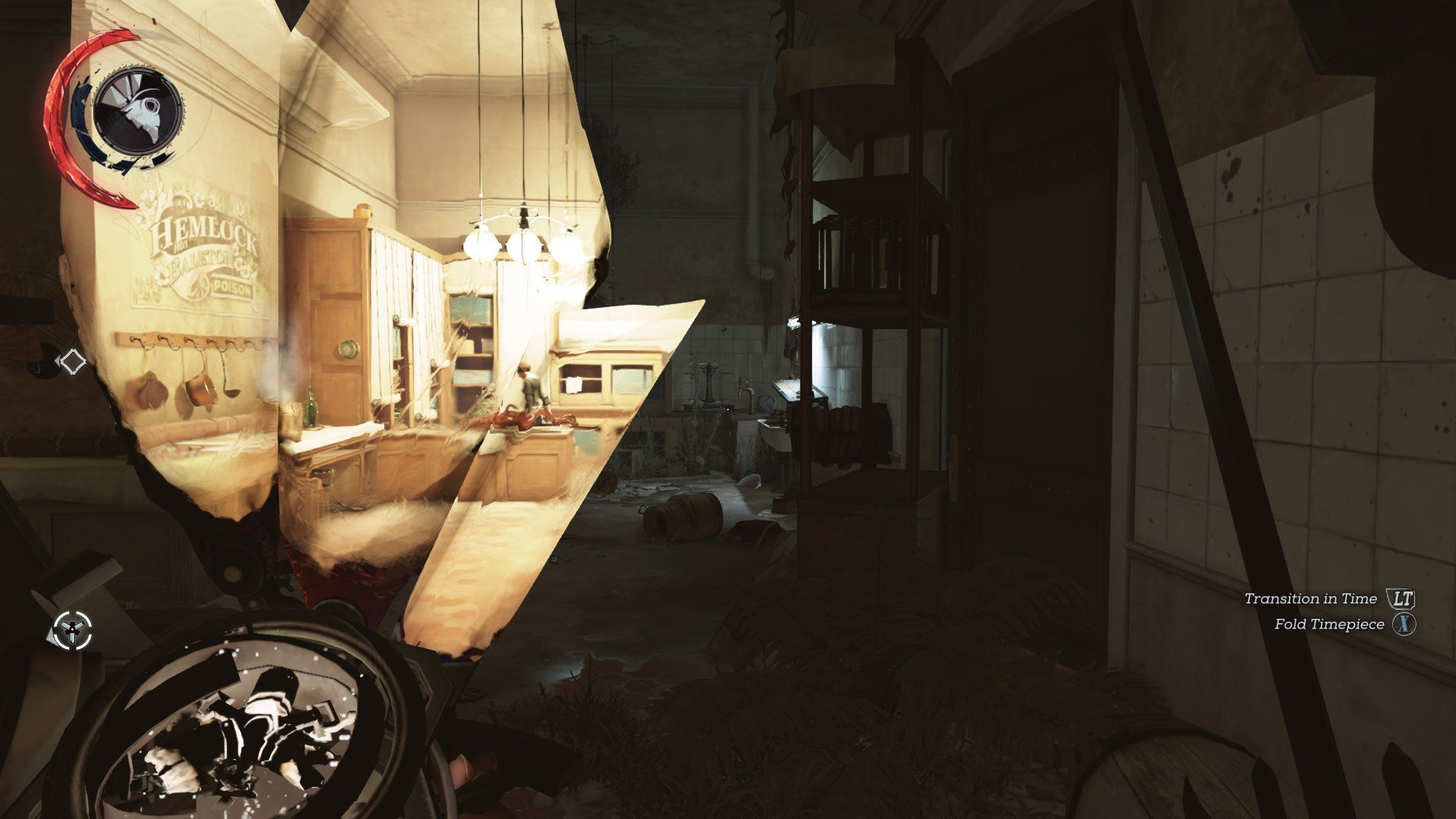 Dishonored 2 isn’t likely to make the same kind of waves as its predecessor, if only because it isn’t here to present new ideas, content with refining those found in the original and touching up the gameplay with some new powers and mechanics. This is a shame, because it’s an absolutely brilliant game that undoubtedly deserves your time. The only thing stopping it from being a masterpiece is the generic story and boring characters, but they’re hardly enough to get in the way of a good time.

As a quick note, many players are complaining about severe performance issues when playing on PC. While I didn’t encounter any in either of my plays through the game, it’s something to be aware of. Arkane has promised that a fix is in the works and is due in the near future. In the meantime, Bethesda has offered some advice.