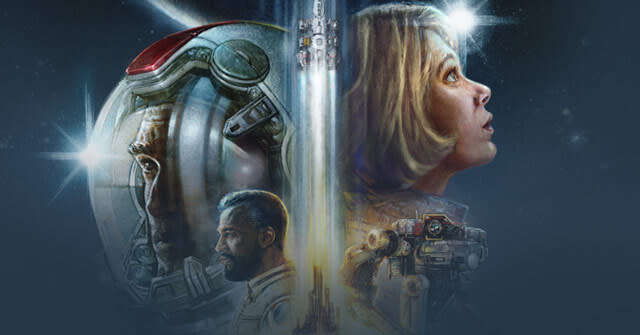 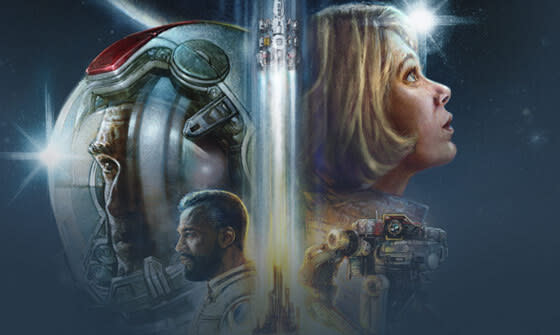 From customisation to combat, here are all the main questions you might have about Starfield!

One of the most anticipated games of the past decade, Bethesda’s Starfield, has finally received a brand-new trailer at the Xbox & Bethesda Games Showcase 2022, along with plenty of fresh details about its world, characters, and gameplay. There’s a lot to unpack here, so instead of going over every detail, we’ve split the information into five big questions many players may be asking about Starfield in the build-up to its release in 2023. From the length and breadth of the game to the depth of its combat, here are five key questions about Starfield and all the information we have to answer them!

How Big Is Starfield’s World?

In what turned out to be one of the most controversial talking points surrounding Starfield, Bethesda director Todd Howard boldly claimed that the upcoming sci-fi epic will have over 1000 planets spread out across around 100 star systems. Players will be able to land on every planet they wish to explore. The planets range from bustling cities to barren wastelands and exotic wilds, however, it should be noted that there is no further information regarding how detailed all of these 1000 locations will be.

With a scope this large, naturally, some players have been raising concerns surrounding the potentially repetitive and uninspiring gameplay that could come from this experience. Everyone remembers No Man’s Sky, for example, and the immense criticism that came from its 5 quintillion procedurally-generated planets with nothing interesting to do on any of them until years’ worth of updates had been released. Can Starfield avoid making the same mistake by using better procedural generation to make more exciting unknown worlds for players to explore?

Is The Combat Similar To Other Bethesda Titles?

Combat is an integral part of any Bethesda RPG, and its implementation is somewhat inconsistent throughout the Elder Scrolls and Fallout franchises. Starfield’s first-person shooter gameplay was shown off fairly prominently at the Xbox & Bethesda Games event, and it looks very solid from what audiences saw. It remains to be seen though how satisfying it will be from a player’s perspective. Enemies have clearly labeled levels, guns operate in a way that is familiar to fans of Bethesda’s other games, and no particularly remarkable gameplay features have been shown off just yet.

What we did learn about the gameplay during the Xbox and Bethesda Showcase was that Starfield can be played from a third-person perspective. For this reason, the gunplay likely will have to be simple enough to work from both first and third-person perspectives. From the footage shown though, it would seem combat is only one small aspect of Starfield’s gameplay experience rather than a focal point. This makes sense given Bethesda’s emphasis on player freedom and exploration, perhaps implying that many combat sections in the game have non-lethal or even non-combative solutions for players not too invested in the gunplay.

What Is Starfield’s Story?

The main plot of Starfield is still shrouded in mystery, with only a few small details revealed so far. Todd Howard explained that everyone will have a different story experience during the course of the game, but there will almost definitely be a campaign with a beginning, middle, and end just the same as Bethesda’s previous titles.

In terms of story details, we know that there is a group called Constellation and that in the far-future world of Starfield this is the last remaining space exploration group. Constellation seeks to answer the age-old question of “what is out there?”, and the player will be able to join this group and find relics throughout the world that serve an unknown purpose. Starfield is clearly a heavily sci-fi-oriented story befitting of its setting, and more will surely be revealed closer to launch.

How Much Freedom Is There?

In Starfield, player agency is everything. In the Xbox Games Extended Showcase, it was revealed that a major emphasis has been placed on players having the ability to go about situations in exactly the way they want and discover unique gameplay moments that they can tell their friends about. For example, when players go to one of the various weapon merchants throughout the game, the weapons will be on display and can be picked up and stolen, but this will have immediate consequences.

The trailer also showed lockpicking, in what seems to be a fairly straightforward minigame that hopefully won’t take up too much time. Other mechanics such as scanning flora and fauna on planets and mining crafting materials from rocks will form a substantial part of the game for many players, and Todd Howard noted in the presentation that some players will want to spend dozens upon dozens of hours simply exploring planets and ignoring the story entirely. Whichever way you want to play Starfield, it seems it will be accounted for.

How Customisable Is Starfield?

Last but not least, Starfield boasts the best character creator in Bethesda’s history, with the ability to be anyone you can imagine and customize to your heart’s content. There are distinct choices for player backstory that characters in the game will refer to, and the player character will be mute to allow for a more personal role-playing experience.

Perhaps the most interesting element of customization in Starfield, however, is the ability to customize your ship using modules crafted with materials found in the world. Ships can be a variety of shapes and sizes, and crew members can be assigned to rooms as the player sees fit, giving Starfield the potential to be a personalized version of Mass Effect with squad members that can be interacted with on a regular basis. It’s one of the most exciting additions to the game and will surely be one of Starfield’s stand-out features if done properly.

And that covers most of the big questions about Starfield for now! You can check out the full Xbox and Bethesda Games Showcase below to see for yourself or check out our highlights of the event for more information on all the latest Xbox announcements.