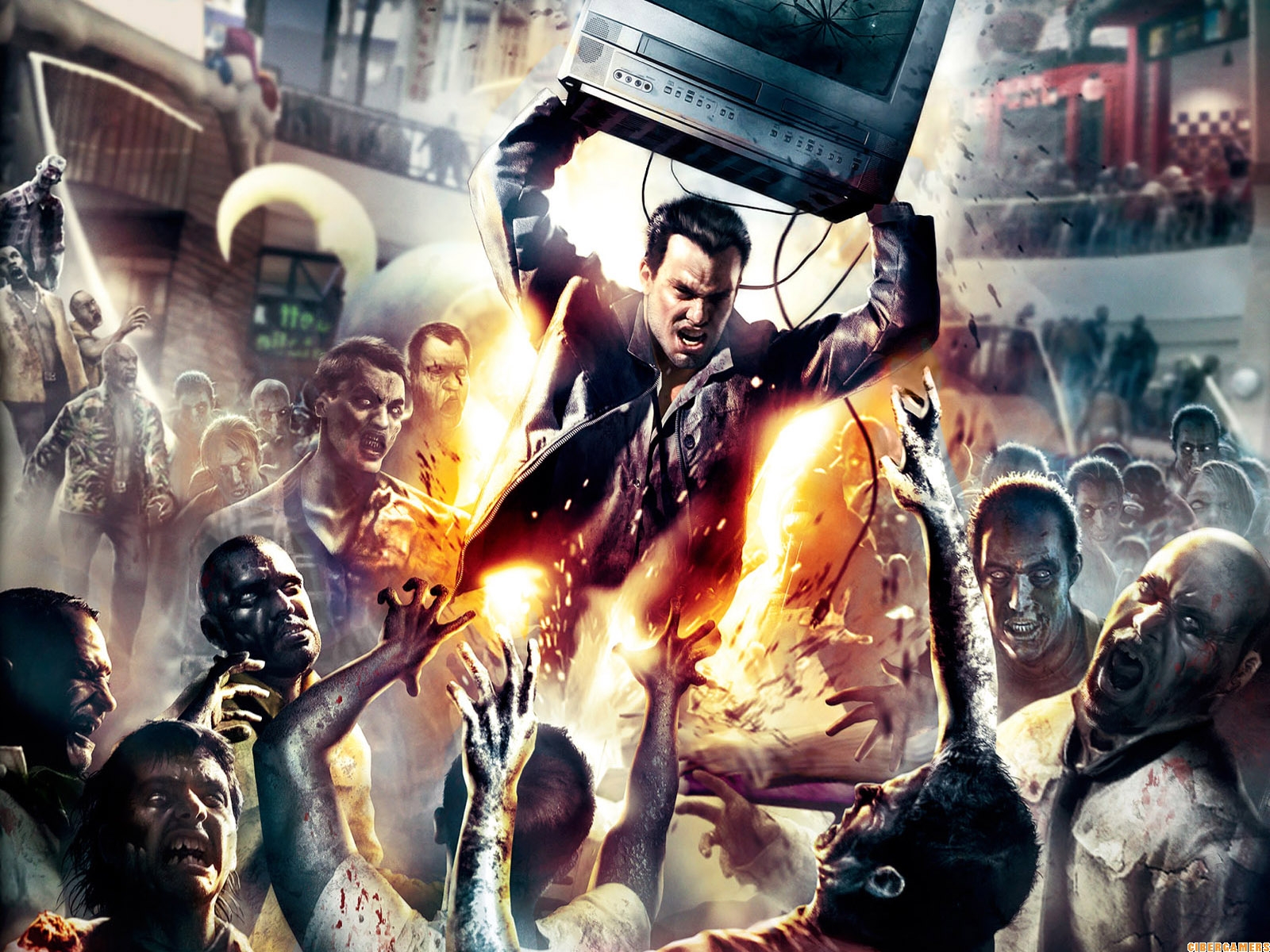 Zombies. We all love them. Who doesn’t? The undead have proved time and time again that they’re endlessly entertaining sources of fun. And with the entertaining-but-horrifying concept of being a survivor amongst an undead onslaught destroying the world around you, zombies have solidified their place in video game culture. With the amount of extreme success that this particular genre of horror has had, some may even argue that the market is oversaturated with zombie games. However, a certain game series that goes by the name of Dead Rising knows how to take the zombie idea and run with it in a very fun, surprising new direction.

The first Dead Rising game came out in 2006 as an Xbox 360 exclusive, and has since had two more official sequels, not including various other successful spin-off titles. The series sets the player in a large, open-world environment where they are tasked with completing a chain of story-based missions and side-missions, while also granting the freedom for the player to roam free among the environment and destroy zombies however they please. Some play for the story, some play for the open-world zombie carnage, and many play for both. The setting is always wide open (The first two games taking place in a mall, and the third in a city), with plenty of opportunities for destruction littered all around the environment. Just about every object you see can be used as a weapon, and the sky is the limit when it comes to thinking of ways to eviscerate the undead. Needless to say, Dead Rising is a good time. But what sets it apart from most other games is its unique tone.

Zombies are often portrayed in media as horrifying; and rightfully so, because they are. Of course they are. They’re dead, yet somehow living, disgusting creatures who want to eat you from the inside out. And what Dead Rising does is take this expectation and turn it on its head through ridiculous humor. The games offer a clashing of moods. The zombies are still portrayed in a horrifying manner, they still want your guts, and there is a definite ominous atmosphere to be found within the storyline of each game. Yet, there is a strong element of playfulness to be found as well, which prevents the games from becoming too serious. For instance, the storylines of each game are quite serious, and situations are often dire. A notable example is in Dead Rising 2, which features one of the main plot points being a man desperately trying to save his seven-year-old daughter who has been infected with the zombie virus and is in need of a rare medication that must be applied every 24 hours. Missions often feature uneasy music, and are not anything to necessarily laugh at. There are people throughout the environment that have gone insane from the zombie infestation in increasingly disturbing ways, and often die grisly, unsightly deaths. This is just the surface of the horror that lies within Dead Rising.

However, in spite of all of this, Dead Rising is an incredibly humorous game. At times, this humor can be incredibly dark, but it is undoubtedly there. An obvious example of this humor can be found by walking around the game world. For starters, the weapons that can be picked up range from frying pans, to lawn mowers, to shower heads, to gumball machines, and everything in between. And there is a lot in between. Within the malls and cities that you will visit, you can enter a multitude of stores which will have plenty of objects that can be somehow used to fight the undead. Not only this, but you can wear whatever clothes you may find in any particular store. Happen to walk into the kid’s clothing department and some classy footie pajamas catch your eye? Well then, by all means, be our guest and put them on. Nobody’s going to stop you. For real, just about everyone is a zombie at this point, so have at it. The sheer amount of ridiculous possibilities that come with Dead Rising juxtapose the game’s serious tone in a perfect manner. And even when the games’ stories are often grim, they still manage to never quite take themselves too seriously, giving off a strong B-movie vibe throughout. The voice acting is overdone to perfection, the characters say incredibly cheesy lines, and everything is just a little off to keep the tone from becoming too serious. A player may find themselves in the center of a gruesome zombie onslaught, with the soft, relaxing sounds of smooth mall music playing in the background. Or fight off a zombie by stuffing its body in a giant stuffed bear. Dead Rising knows that the stakes are high, but also knows how to have plenty of fun in the process.

That’s what makes this series so unique; its ability to laugh in the face of danger. Plenty of zombie games will do their best to immerse the player in the darkest, grimmest apocalypse landscape imaginable. And while this certainly can be enjoyable, Dead Rising is much more laid-back in its presentation. Yes, the game itself is still quite dark, but it prefers to allow you to laugh while fighting off the undead, instead of becoming tense with fear. Dead Rising prefers that you wear a party hat and underwear while taking on the undead. And that, quite frankly, is a wonderful gift to us all. Alone or with friends, it’s always a good time. This is one of those games that can prove to be just as entertaining to watch as it is to play. This Halloween, if you’re in the mood for something a bit less serious that will tickle your horror fancy, as well as your funny bone, any entry in the Dead Rising series is certainly worth checking out.

The Suit Doesn’t Make the Man