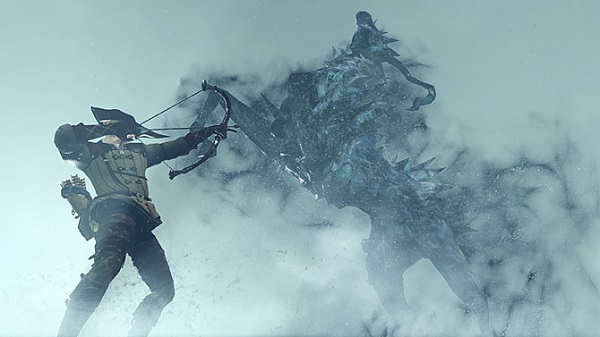 It’s time to check your backs for the Darksign because with the release of Crown of the Ivory King, From Software has essentially closed the book on Dark Souls II. This final episode in the Lost Crowns DLC takes place amid the snowy vistas of a frozen kingdom and levies some of the heaviest challenges yet.

As players seek the final crown of the fallen kingdoms of  Drangleic, they must prepare to be assailed by frozen wretches, icicle wielding priestesses, and the most sinister and troublesome snow bunnies the world has ever seen (think Dark Souls’ Skeleton Wheels for a comparison). Enemy-wise this is easily the most brutal batch yet, and the structure of Eleum Loyce seems to be designed in a manner that gives these roving sentries a clear upper hand.

The boss battles are appropriately thrilling, with the prime two taking place in diametrically opposite locations–one on a crumbling bridge being assailed by a blizzard, and the other in a jaw-droppingly gorgeous pit of fire and brimstone. Each requires a great deal of skill and probably at least one summoned ally to topple. In addition, there are a couple of secrets which must be discovered if the player wants a realistic chance at taking these titans down.

There are of course plenty of new weapons and armor sets, as well as additions to each of the facets of magic. Unfortunately, players are unlikely to find much use for all of the new equipment at this point, especially as very few pieces stand out. In fact, the only new piece I saw being used was a goof-off vanity helmet which served as a fun callback to the original Dark Souls. 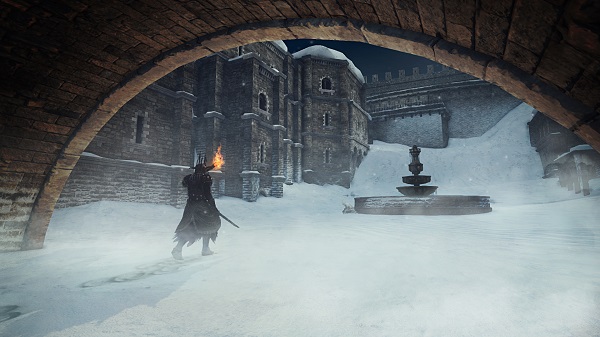 In terms of lore, the Dark Souls II experience is strengthened by this final chapter, with a few new revelations pertaining to the Abyss Lord, and his children. That said, Crown of the Ivory King closes without really delivering a final punch. As such, players who had hoped for an epic finale to cap off this DLC trilogy will find themselves sorely disappointed.