Team Ninja’s highly praised Nioh garnered a massive amount of success upon release.  Boasting a strong story, streamlined combat, well-executed upgrade system, and a brutal difficulty level, the game appealed to both hardcore action and RPG fans.  With such an emphasis on difficulty and a grim, dark setting, the parallels that are drawn between Nioh and From Software’s masterclass Souls franchise are easy to spot.  However, Nioh differentiates itself just enough from the competition to stand as an enjoyable and deeply engaging title.

By far the most glaring difference between Nioh and the Souls series is its story.  The world and lore of Dark Souls is one heavily based in western European and Japanese mythology.  By mixing the two cultures, From Software was able to create a bleak and dangerous world filled with dragons, dark magic, demons, and fallen gods.  Furthermore, the story of Dark Souls is told through item descriptions, disjointed dialogue, and minor cutscenes, as much of the storytelling is left to interpretation.  In contrast, Nioh features a vibrant story set during Japan’s feudal era.  The player’s character of William, who is inspired by a renowned western samurai named William Adams, is adventurous and full of life, which is a far cry from the voiceless and rather depressing nature of the character that the player creates in the Souls series.  Nioh also relies heavily on its historical setting, and often has William crossing paths with some of the most famous historical figures from the Sengoku period.  The game also incorporates Japanese mythology heavily into its story, as the player must do battle with a variety of demons, spirits, and samurai throughout their adventure.  While some of Nioh’s story is a bit vague, it still offers more for the player to grasp than the Souls series ever has. 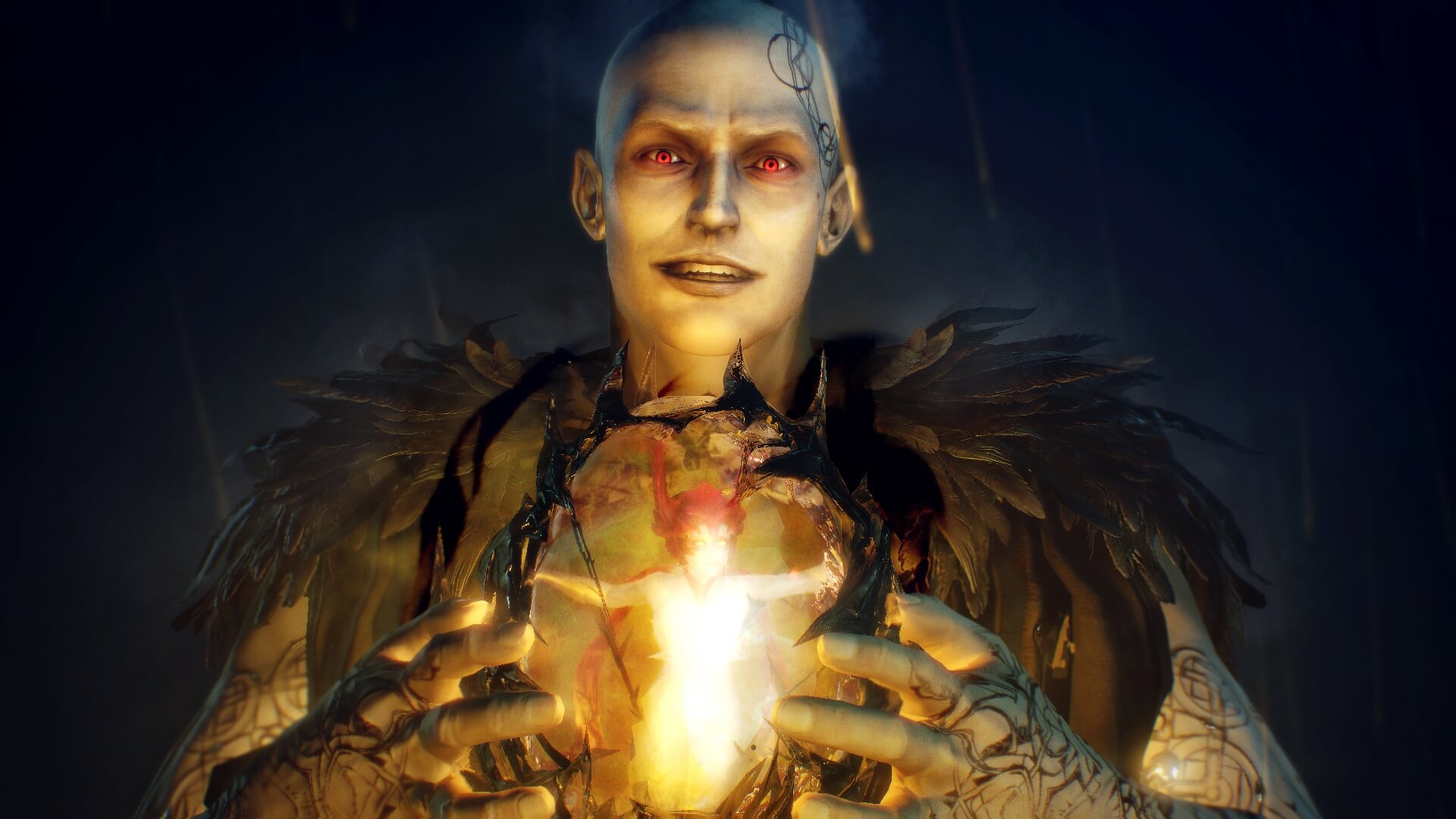 A Different Kind of Duel

When drawing comparison between Dark Souls and Nioh, many fall back upon the basis that both games have a challenging difficulty curve, and that much of the more complicated instances come from combat.  However, combat in Nioh, while relying heavily on patience and skill, as in the Souls games, is much different than its counterpart.  In Dark Souls, players have the option between two main attacks, light and heavy, as well as move sets that accompany specific weapons in some of the more recent entries in the franchise.  Nioh, on the other hand, features three main attack forms: high, middle, and low.  These attacks range from slow and strong to weak and fast, and must be interchanged constantly during a fight so as to stay one step ahead of an opponent.  Unlike in Dark Souls, these attack positions are useful in different situations.  For instance, if the player is faced with a large opponent, they may want to rely heavily on their lighter attacks so as to land more hits on the enemy before it attacks.  In the Souls series, light and heavy attacks can be dealt in any number of combinations to the vast majority of enemies without any grievous consequences.  Couple with this a wide array of period-specific weaponry and the ability to use firearms as well as spirit animals to aid you during fights, and Nioh’s combat easily distinguishes itself from the Souls series. 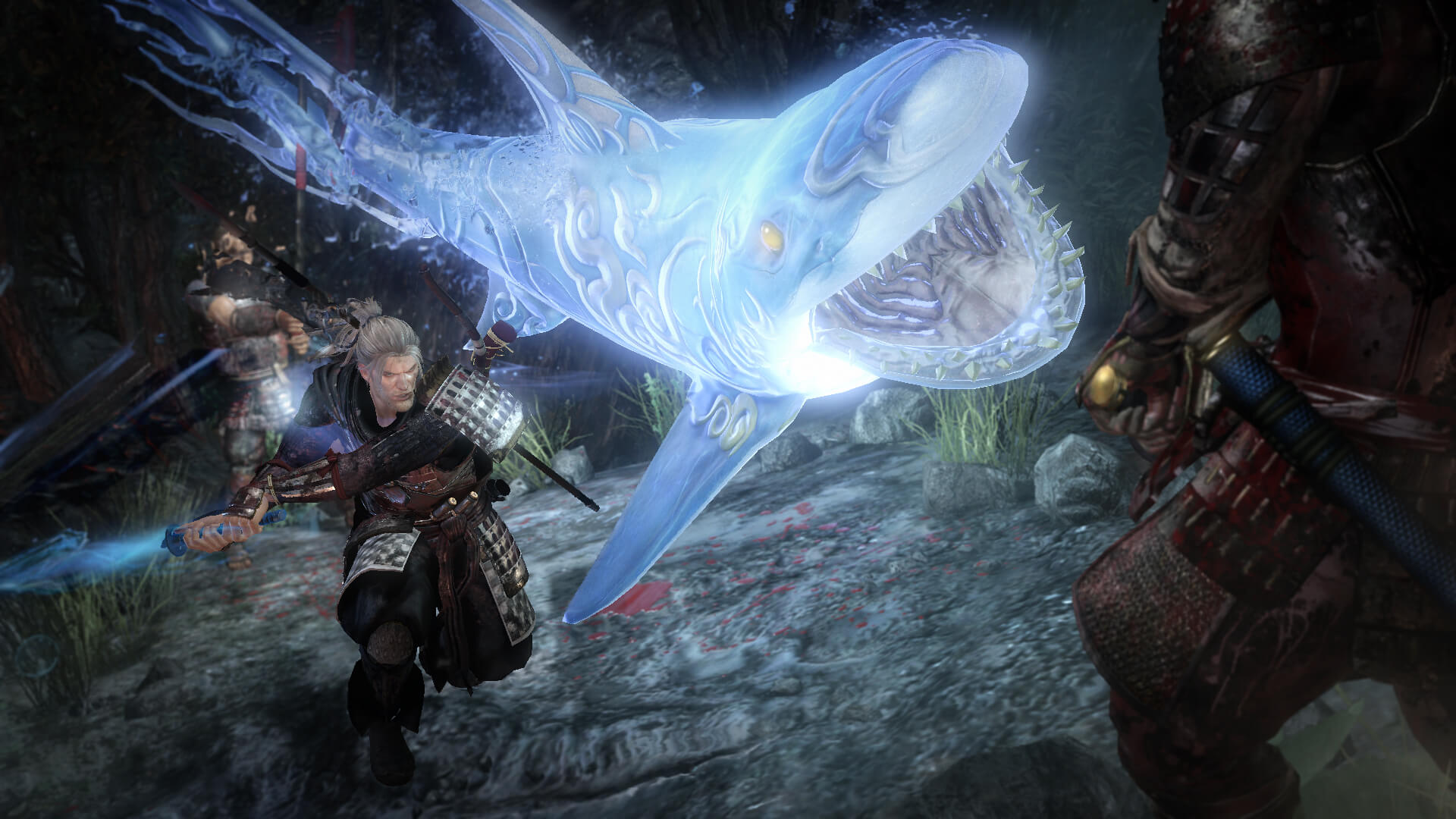 The Devil is in the details

Besides the two major differences listed above, Nioh and Dark Souls take different approaches to some smaller elements, such as level design and stamina.  In the Souls series, the world is one large, interconnected area with various passages, shortcuts, and hidden secrets.  In this way, Souls games are very much an open world experience.  This differs greatly from Nioh, which instead has the player progress through a collection of expansive levels.  While these areas do offer a plethora of secrets and items to find, they are not connected nor can they be accessed at the same time.  Another small difference is how each game manages stamina.  In both titles, stamina (or Ki, as it’s called in Nioh) plays a big role in determining the outcome of a fight.  However, in Nioh the player must pay special attention to how much Ki they use, as completely depleting their supply will cause them to freeze on the spot, opening them up to enemy attacks.  To counter this devastating drawback, player’s can regain a portion of the Ki used in a successful attack by quickly pressing R1 after the blow lands. This turns combat in Nioh into an artful dance as the player dodges, attacks, and recovers blows from their opponent.

Team Ninja’s Nioh is nothing short of an immensely fun and deeply engaging action-RPG.  Despite the reservation some may have of Nioh being just another Dark Souls clone, rest assured that this gem is a totally different animal.  Whether it’s through the game’s unique story, innovative combat system, or intelligent weapons and abilities, Nioh is a strong reminder that difficult action games can be different, and in some cases better, than the Souls series.