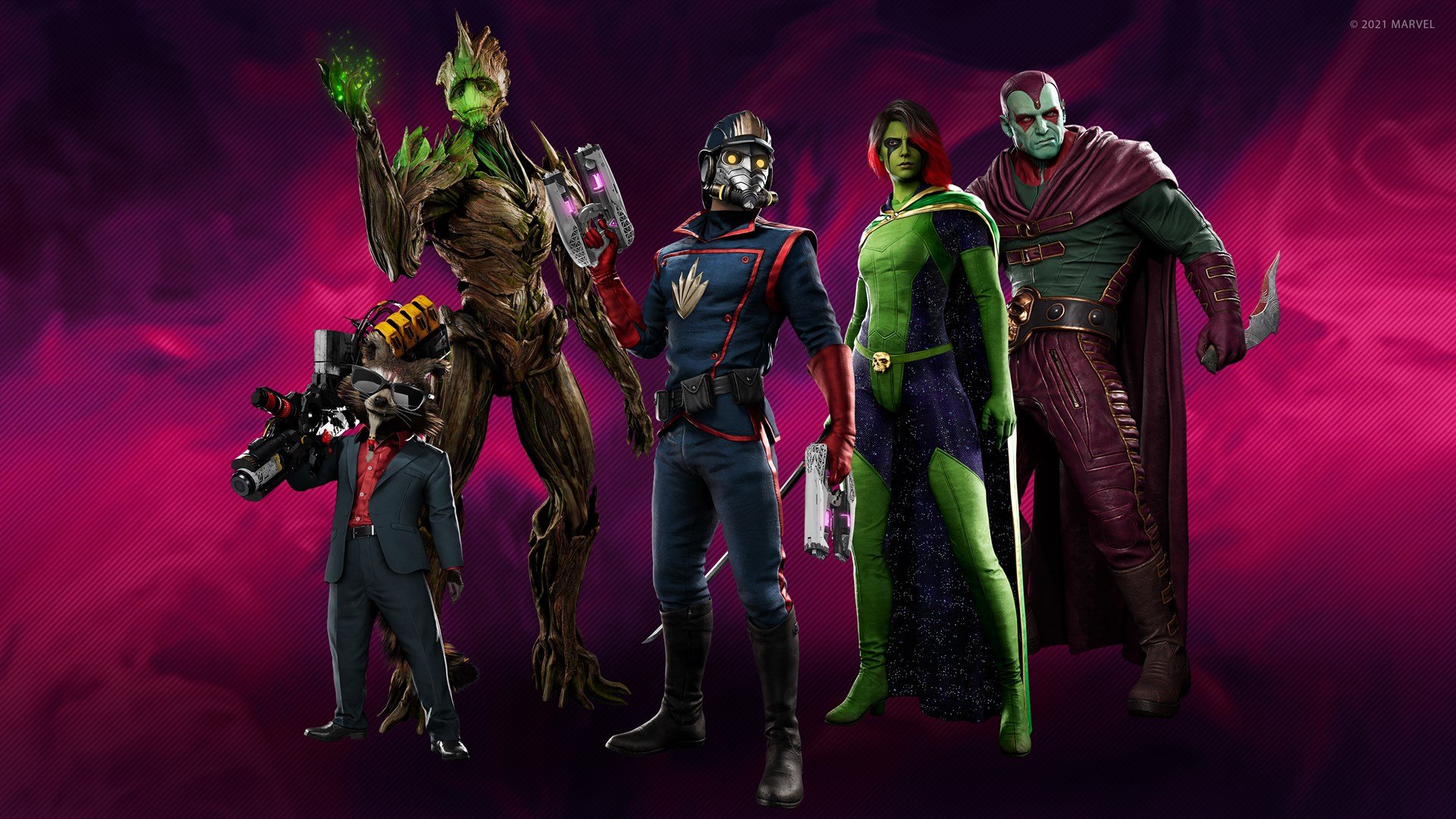 Publisher Square Enix and developer Eidos-Montréal’s latest Marvel’s Guardians of the Galaxy game is stuffed to the Milkyway and back with comic book lore and nods to its inspirations. While its narrative may contain an original iteration of Marvel’s bankable team of pop-culture icons reshaped by the developer’s imagination, it heavily pulls from its source material for a more organic experience. Before stepping into the rocket boots of former Ravager, leader, and war hero for hire Peter Quill, Star-Lord, these are the Guardians of the Galaxy comics that we recommend reading before picking up the new game.

2006’s Annihilation: Prologue by Keith Giffen might as well be considered the point of origin for the newest Guardians of the Galaxy game’s narrative. Featuring the likes of the Nova Core, Kree, Skrulls, Drax the Destroyer, and even the mad titan Thanos, Annihilation: Prologue tells the origins of a galactic war that would later kickstart Peter Quill’s gang of organized heroes and anti-heroes. Prologue revolves around an armada of warships called “The Annihilation Wave” summoned by a mysterious church to wipe out several civilizations. Annihilation: Prologue provides an overwhelming amount of context for some of the game’s core events, but its follow-up story is far more relevant.

Annihilation is a Marvel story-arc spanning plenty of books to get lost in, but viewers looking for the meat of its narrative should keep their eyes on the central miniseries written also by Giffen. The six-issue miniseries showcases the events that took place over 200 days after Annihilation Wave’s first attack occurred. Deep in the galactic war between alien lifeforms, unlikely alliances have been forged in the wake of catastrophe. Intergalactic officer Richard Rider, Nova, assembles a new team of heroes to fight off the galaxy’s threat. Despite their different allegiances, Peter Quill, Drax the Destroyer, Gamora, and Ronan the Accuser band together under the leadership of Rider to stop Annihilus.

Square Enix and Eidos-Montreal’s game closely follows Annihilation’s Guardians as Peter and Gamora’s friendly relationship came straight out of their war escapades along with Drax’s alleged victory over Thanos. Annihilation’s heart practically serves as Marvel’s Guardians of the Galaxy’s own unseen prologue as the game picks up years after a similar galactic war that brought Peter Quill and his team together.

2008’s Guardians of the Galaxy by Abnett and Lanning

Spinning out of Annihilation’s events and following up on the series’ closing Conquest story-arc, 2008’s Guardians of the Galaxy written by Dan Abnett and Andy Lanning became the modern standard for Marvel’s team. Taking place after Annihilus’ attack, Star-Lord fights the galaxy’s devastation by banding together with his own group of heroes who can aid him in his latest missions. Abnett and Lanning’s 2008 run is where the majority of Eidos-Montréal’s character backgrounds and designs came from. From Star-Lord and Gamora to Mantis and Adam Warlock, many key Guardians (both in and not in the new video game) are here and arguably at their comic book peak.

The Annihilation series and its successors are unquestionably the Guardians of the Galaxy game’s core piece of source material, however, there are still other miscellaneous comics that interested fans should consider reading — one of which is none other than the critically acclaimed Rocket Raccoon: A Chasing Tale by Skottie Young.

Rocket Racoon plays a leading role in Marvel’s Guardians of the Galaxy. Like in the James Gunn films though, his backstory is never explored. Rocket’s experimental days on Halfworld and his feeling for another raccoon named Lyla never get a chance to visually show themselves despite being mentioned numerous times throughout the new game. Rocket Raccoon: A Chasing Tale will not be able to answer every viewer’s questions regarding his origins, but it does offer quite a lot of insight into the genetic experiment’s horrors. In Young’s series, Rocket is framed for murder and forced to explore the galaxy with Groot to get everyone off his tail. Without spoilers, for anyone looking to read more about the hardships of the wisecracking mammal, this heartfelt comedic tale will not let you down.

2019’s Guardians of the Galaxy by Donny Cates

While die-hard Marvel fans will agree that this may not be the go-to Guardians of the Galaxy graphic novel newer fans should read, Donny Cates’ recent comic run will give audiences a good smorgasbord of characters and locations. It may not uphold the same context Square Enix and Eidos-Montréal’s title is based on, but it does provide enough information to go off. For those on a budget and looking for a condensed read, you can not go wrong with Donny Cates’ early 2019 comics that features The Universal Church of Truth, Rocket Raccoon’s origins, the forming of the Guardians of the Galaxy, and several other elements present in the video game.

Of all the comics on this list, Cates’ series is also the most accessible thanks to its recent release. Not only is it readily available on digital comic platforms for a cheap price, but retailers including Amazon currently have physical hardcover collections of all 12 issues for as low as $24.99.

Other Media to Explore

Aside from James Gunn’s masterful blockbusters that always warrant another rewatch, there are very few pieces of Guardians of the Galaxy media to indulge in outside the comics. It may not be as substantial as the aforementioned media, but 2015’s animated Guardians of the Galaxy television show that premiered on Disney XD (and is now available on Disney+) may be worth giving a shot. For viewers interested in learning more about some of the lesser-known team members such as Adam Warlock and Cosmo the Spacedog, the second and third seasons of this series certainly will provide what you are looking for.

Rewatch the movies, read the Annihilation comics, or just go ahead and jump right into Square Enix and Eidos-Montréal’s Marvel’s Guardians of the Galaxy as soon as you can!