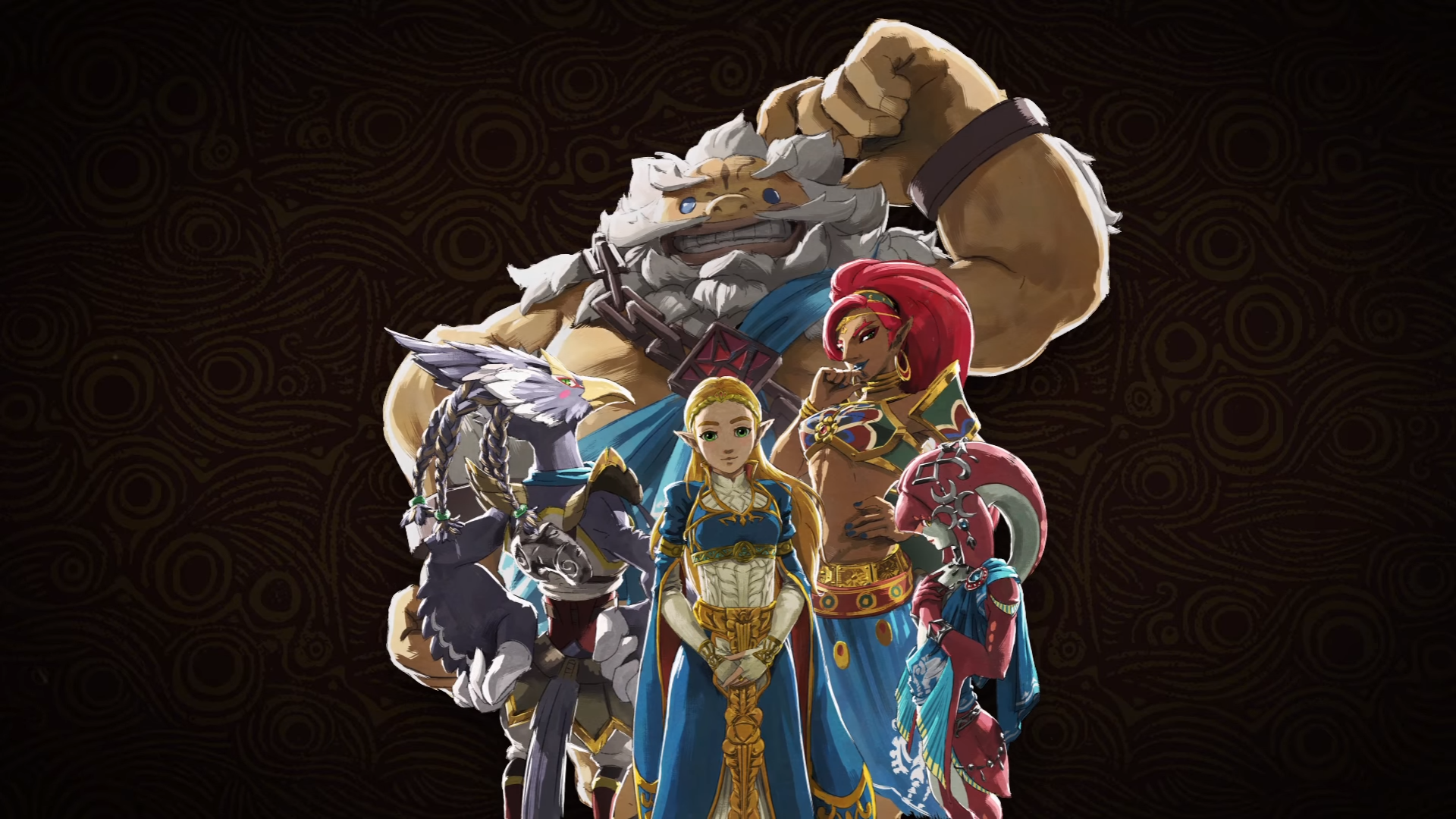 One of the biggest surprises at this year’s game awards was the full reveal of The Legend of Zelda: Breath of the Wild’s 2nd DLC pack; The Champion’s Ballad. Even more surprising, was the announcement that it would be purchasable that very night. So like many other Zelda fans, I rushed to the eshop after the announcement to get myself a ticket back into Hyrule.

The first thing I noticed is the sheer amount of challenges the DLC pack introduces. Altogether, The Champion’s Ballad introduces sixteen brand new shrines for you to beat. Not to mention, it also tasks you with a unique challenge centered around the ‘One-hit obliterator’ weapon, a rematch of each Divine Beast boss (with limited weapons and armor), and an entirely new Divine Beast to beat. Although, it’s more of a traditional ‘hole in the ground’ Zelda dungeon than a moving entity like Breath of the Wild’s other four beasts. During these challenges, you will not only earn new memory cut-scenes featuring the game’s cast, but also the insane ‘Master Cycle Zero’. Like the first DLC pack, you’re also given hints to help you find a host of new costume items for Link that are scattered all over the world.

Despite how much they gave us with this DLC, Nintendo did not shirk on the quality of these new experiences. Many of the new shrines are tailored towards players with end-game resources, and some are almost impossible to beat without them. This is a welcome change, as, by the time you had defeated Calamity Ganon and were approaching the end of the base game’s content, many of the remaining shrines felt too simple. They still relied on the runes you had gotten during the tutorial stage, so often were too easy for end-game players. These new shrines are noticeably challenging and fun, but I’m disappointed that some still made use of motion control puzzles. These puzzles might be less tedious for those playing on the Switch, but having to pick up my bulky gamepad to use imprecise motion controls soured my experience ever so slightly.

While many felt like the bosses in the base game were a bit on the easy side, having your inventory significantly restricted made the rematches more involved and strategic. Spamming arrows is not an option here, or else you’ll soon find yourself with no efficient way to do damage to a boss that’s floating out of your reach. You do get to keep the abilities you earned from the Divine Beasts, and those do ramp the difficulty down if you know how to use them creatively.

As for the new dungeon, it’s a bit of a mixed bag. If you enjoyed the Divine Beasts then you’ll have a blast with this new dungeon, but if you didn’t like them, this dungeon won’t change your opinion. It’s a similar kind of dungeon, with one main moving part, and a high focus on puzzles over combat. It contains a few more difficult enemies than the Divine Beasts did, but it’s still largely a similar experience. That is until you get to the boss fight. I am adamant that you go into this boss fight with as little knowledge of it as possible. The reveal of what the boss is a complete surprise, and had me sitting, mouth gaping in disbelief while the cut-scene played out. The battle itself is arguably the best in the Zelda series. Like the other content in this pack, it feels built for people who’ve pumped 100+ hours into this game and tests everything you’ve learned throughout your playthrough.

And your reward for getting through all these challenges? Five flashback cut-scenes, four spirit orbs and the master cycle zero. While the new cut-scenes are nice, they don’t do much to improve the base game’s story. All they really do is give you slightly better characterization for Zelda and the four champions. I can’t help but wish we had gotten more story, but what we got is ok. The Master Cycle Zero though is ridiculous. It erases all need for horses and allows you to roll over all kinds of terrain. The only things stopping this machine are deep water and falls from high places. It runs on fuel taken from any item you put into it, can be summoned anywhere, and comes with a headlight to improve visibility at night. It’s a shame then, that by the time you’ve got the Cycle Zero, you barely need it. It’s ridiculously fun to use, but most players will have little use for it. Although, you will probably spend a few hours just riding it around for the fun of it

All in all, I’m completely satisfied with The Champion’s Ballad. Its intense focus on end-game challenges is appreciated and breathes new life into this 9-month-old game. The challenges it offers do a great job of testing players who’ve long since mastered the game and are a clear improvement on what was in the base game. The only drawback is the sad fact that most of the rewards for this DLC pack will have limited value to the players who are able to obtain them.