Castlevania: Symphony of the Night is one of the most well-respected and critically-lauded action-RPGs of all time. Castlevania: Rondo of Blood is similarly held up as a series high point, and now you can play them both with speed and convenience on your PS4 in Castlevania Requiem. However, those expecting anything but the most lazy, cut-and-paste port imaginable will be left sorely disappointed.

Starting with how Konami has cut out the iconic English dialogue from the original PSX version of Symphony of the Night, there are a number of questionable changes that make Castlevania Requiem feel very underwhelming right from the start. For example, despite the fact that the L2 and R2 buttons exist on the PS4 controller, there are no skills mapped to them. Alucard’s wolf and bat transformations are mapped to L1 and R1, but for the mist form players have to hit both buttons simultaneously. 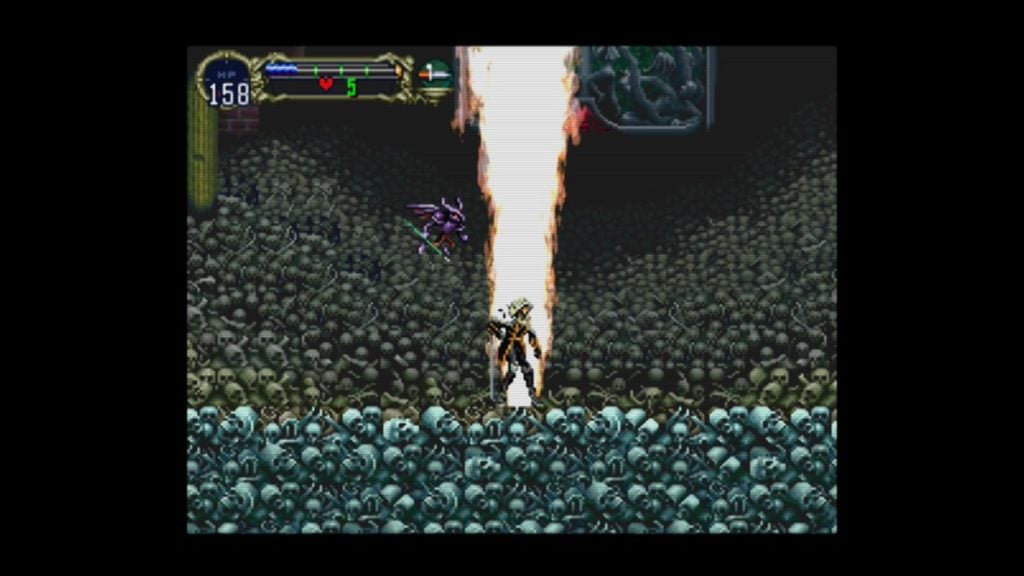 This is an actual screen shot of the best this game can look on your PS4.

Because Castlevania Requiem is ported from the PSP collection, this choice seems to be a natural extension of that version (the PSP only has 2 shoulder buttons), but whatever the reason for why nobody could be bothered to re-map the controls — or even offer that as an option — it’s totally frustrating.

This goes back to the dialogue mentioned above. We had a bit of a debate about this in our Goomba Stomp staff chat, but regardless of whether you prefer the classic awful dialogue or the modern re-recordings, both should be available as options in the audio menu. Again, this would require very minimal effort, and it’s a major disappointment that Konami couldn’t be bothered to do a little better here.

Also (though this might sound like a small quibble), when transformations look like the Moana scene where Maui first gets his powers back, players are going to be taken out of the gameplay experience. 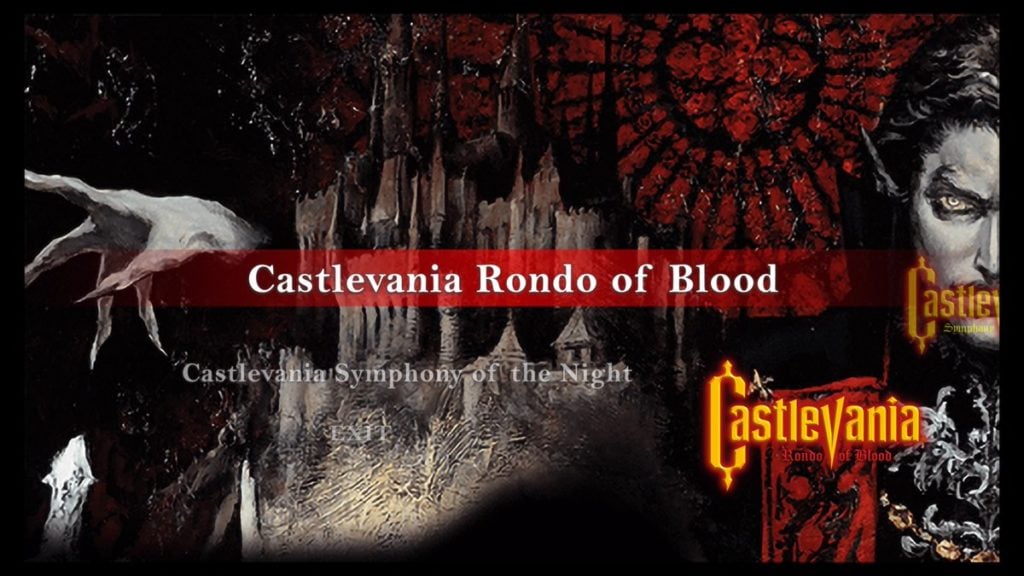 What in the hell is this?

Finally, to get the full brunt of negativity out of the way, the first time you click past the title screen to select your game, you’re greeted with an almost incomprehensible selection screen  Now again, this is a minor complaint, but when you just start hitting random directions on your d-pad to try and figure out what’s happening on screen, it’s clear that someone took a few too many half-days at Konami.

Things like this wouldn’t necessarily be so frustrating if better versions of both games hadn’t been released over the last decade. The superior PS3 version of Symphony of the Night, for example, is nearly ten years old. Surely Konami could have used that somehow to fix some of these flaws. 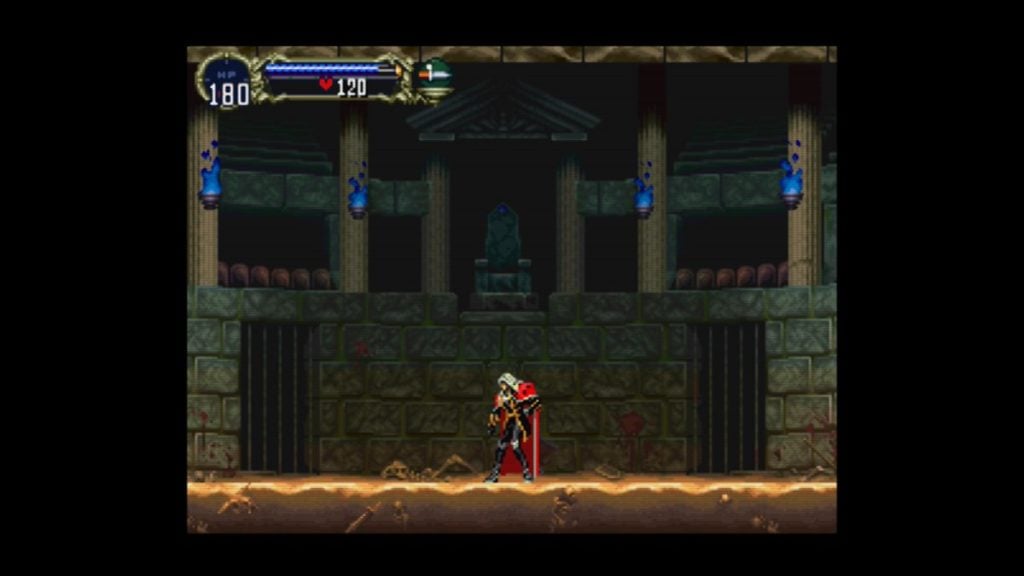 You’re going to be battling your nostalgia a bit but these are still fantastic games, in any form.

Still, as mentioned at the top, Symphony of the Night stands among the best games of all time, and is worth the price of entry itself. Though post-Symphony fans may find Rondo of Blood to be more of a curiosity, it is a great example of classic Castlevania (stage-based with limited continues) in its own right, and certainly worth giving a try.

With that in mind, Castlevania Requiem is a worthwhile purchase for die-hard fans, but those who already own these games in other formats may regret sinking their teeth into this collection. 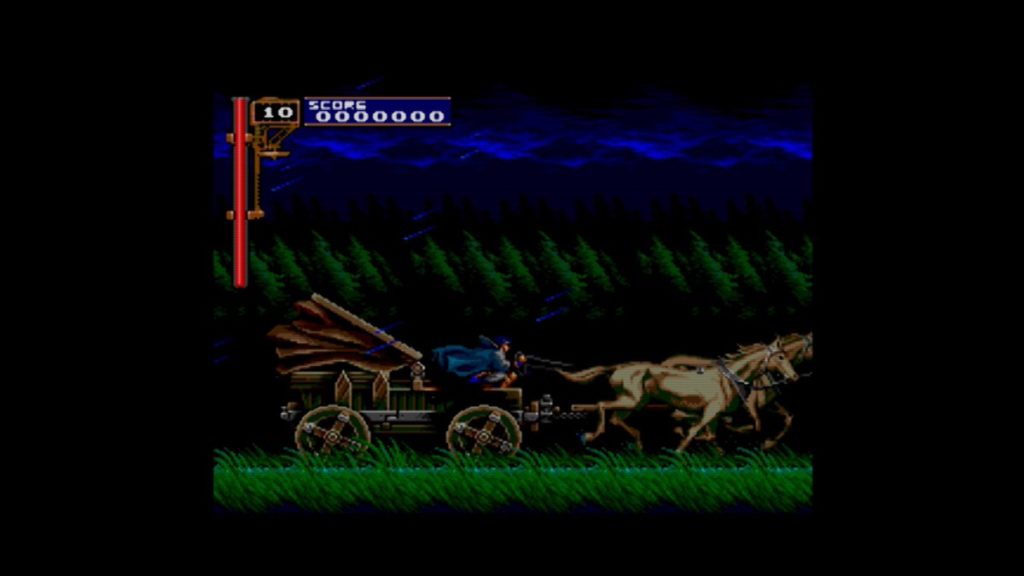 Don’t necessarily race to your PSN if you own these games in another format.

Side note: For those of you curious what the optimal settings are for Castlevania Requiem, these are my recommendations for the best experience:

These options are only selectable from the starting menu, so be sure and utilize them before jumping into your game of choice.