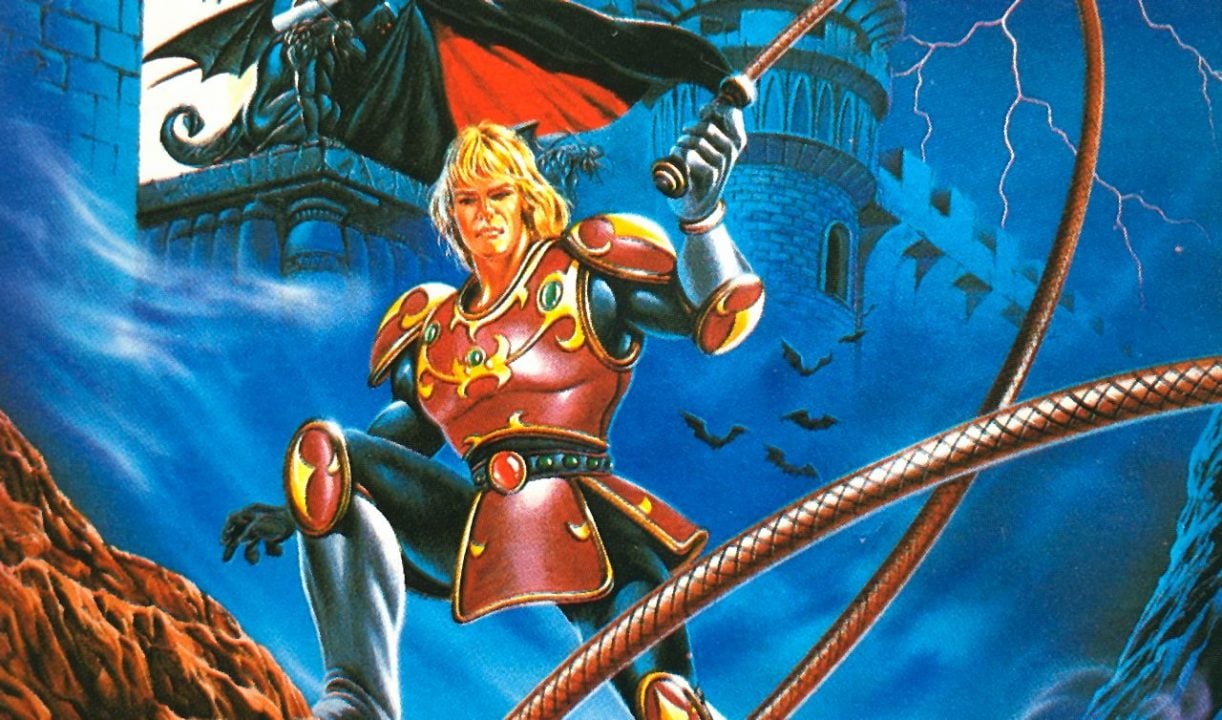 Adventure is often written as a metaphor for idealistic youth, where anything is possible and conquering the world seems an inevitability. From whiny Luke Skywalker to sleepy-headed Link, the departure from the comfort and stability of home brings the promise of excitement on the horizon, a future as bright as the rising sun. But what happens when that bright-eyed warrior grows up, only to be faced with and worn down by reality, discovering that evil is not so easily defeated and true heroics come only through great pain and sacrifice? That’s when the empire strikes back and pig men rule the land. Life is not a fairy tale, and neither is Castlevania II: Simon’s Quest.

Having defeated Dracula seven years ago in the original, vampire hunter Simon Belmont has been revered across the land as a great hero. Kings toast him from the safety of their castle halls. His deeds were not without consequence, however, and the wounds he sustained during his epic battle have begun to fester, eating at his soul. Adventuring takes its toll, kids, and how one starts is rarely how they finish. When told that the only way to break this curse and prolong his life is to track down the five remaining body parts of his slain nemesis now scattered across the Transylvanian countryside and burn them, Simon takes up his whip once again to set forth, aware now that his clock is ticking. 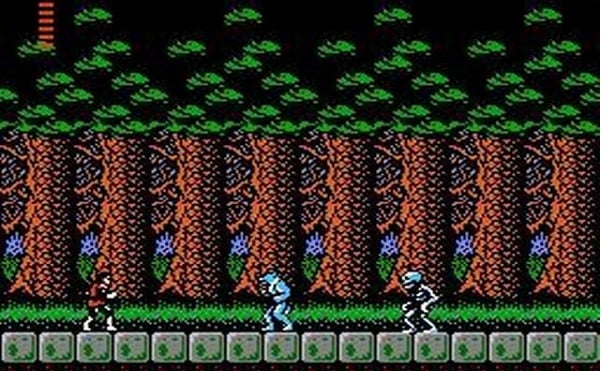 It would have been easy to follow up the successful first game with more of the same, but Konami boldly decided to opt for something new. The first Castlevania certainly conveyed a creepiness in its atmosphere, but the constant progression and clear goals still gave it a positive bent, a sense of impending accomplishment, like any other story, any other game. Kill Dracula, win. In the end, when the castle fell, all seemed right with the world, happily ever after. It was a nice little endeavor, but hardly epic, memorable mostly for gameplay and deviously placed Medusa heads. When the time came for a sequel, the opportunity to create a lasting impression for a franchise was at hand. Thus, with mechanics already firmly in place, for Simon’s Quest mood became the MO.

The Transylvania of the game is a rotting place, as if the land were tied to the hero in an Arthurian way. Poisonous bogs that sap a man’s strength, dark forests full of dark creatures, and sparsely populated near-ghost towns are all made worse by those horrible nights to have a curse. Shifty villagers offer little help, often outright lying to Simon’s face, and hidden clues found in decrepit mansions are obtuse at best. It’s enough for even the most patient player to feel suffocated by the dense fog of hindrances. But confusion, grinding, frustration; these are all parts of survival, of being. Many will complain about the difficulty, the backtracking, the complete lack of clear direction, but these elements all serve to support a central tone that everything and everyone is against you, that this hero is fighting not to triumphantly kill but to merely live. It is entirely unfair, yet the lonely Belmont presses forward, doing whatever insane thing he must to take that next breath. Kneel by a cliff so that a tornado will appear? Sure, why not?

This is the stuff adventure is made of: stubborn persistence in the face of incredible odds. But without something to reflect upon, the journey becomes meaningless, and this is where Castlevania II: Simon’s Quest really shines. If life is its own adventure, then the world of the young is the onset, exciting and full of prospects. The idea that as soon as you’re born, you’re done for, is a thought pushed well to the back, if given any space whatsoever. Daring, brash, carefree exploits don’t seem reckless at all when starting out, not to the invincible. But there comes a time when a person is nearer the end than the beginning, and considerations must be made. Priorities change with age, and while excitement for the unknown may not disappear completely, it can begin to fade. This is due in no small part to the wear and tear brought on by mileage; Simon Belmont has grown up, and he has the scars to prove it. 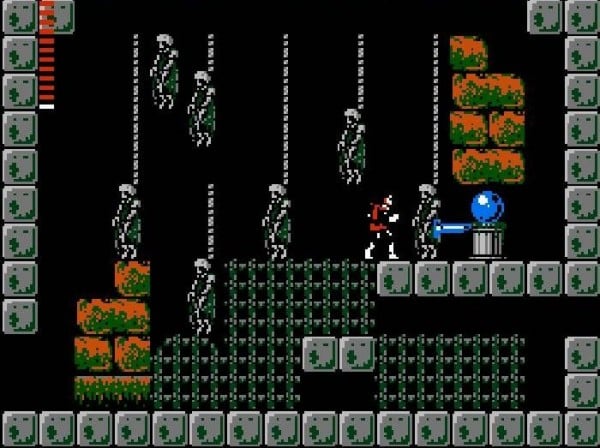 The trials and tribulations associated with quests and aging force the main character, and thus the player, to acknowledge mortality. Life is precious, something to cling to. The hero is going to die; he knows this. But it’s not so easy to let go, to give up everything, and he willingly resurrects a monster, risking the world’s well-being for his own sake. Simon’s Quest stands out as a forced adventure, a journey born out of desperation and the need to survive, not a selfless crusade to save the world. The burden of the hero is a personal one, and this is what makes it such a fascinating journey, all the way through to the three possible endings, each one somber in its tone despite depicting varying degrees of success. There are consequences to actions, even heroic ones, and they’re not always pleasant. This sort of take on the hero’s tale dates as far back as The Odyssey, casting doom and gloom upon the protagonist as a way of relating to an increasingly wizened audience whose own lives are also one long struggle that will ultimately fail.

Of course, Castlevania II: Simon’s Quest is also a videogame, and a fun one to play at that. Plenty of whip action and puzzle-solving make for hours of entertainment, and for those willing to invest the time and patience, the experience can be a memorable and rewarding trek, happily ever after or probably not.