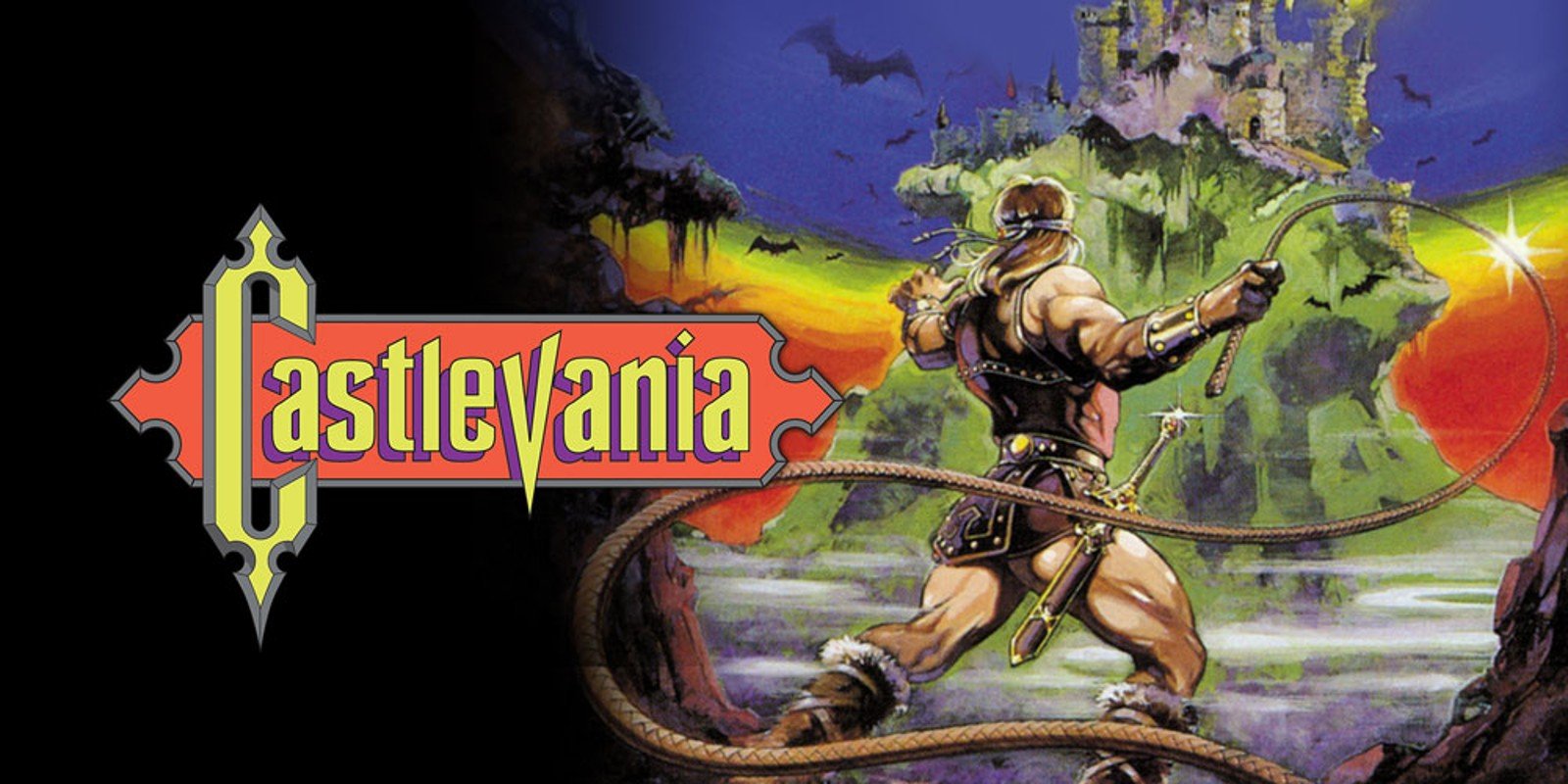 The first Castlevania game was released on the Japan-only Famicom Disk System as Akumajou Draculaon, September 26, 1986, and later released in North America for the Nintendo Entertainment System as Castlevania in May the next year. The NES classic spawned a series with nearly 40 entries, which have sold millions of copies, and perhaps more importantly, would eventually elevate the 2D sidescroller by inventing the “Metroidvania” subgenre.

The first entry is a typical platformer, in which the player takes the role of Simon Belmont, a descendant of the Belmont clan, a family of vampire hunters, who travels to Dracula’s demonic estate, Castlevania, and fights his way through the castle destroying Dracula himself. As with every game of the 8-bit generation, Castlevania is light on story but it does boast some big ideas. And once you get into the rhythms of the game, you’ll discover why it is considered a classic despite numerous flaws.

Castlevania is an aesthetically pleasing game. Bathed in an atmosphere of nightmare, dread, and otherworldliness, Konami’s creation stood out for its creepy setting. Most NES games were colorful and cheery and those that weren’t, were usually downright terrible (I’m looking at you Friday the 13th).  Castlevania was dark – at least for the time – and it also has the reputation of being one of the most gut-wrenchingly difficult games of the NES. Of course, this in part mostly due to its faults – Castlevania’s movements feel stiff. You can’t change your direction mid-jump for example, and Simon’s main weapon (a whip called “Vampire Killer”), is a slow attack. Even worse, much like Ninja Gaiden, your character will bounce back several steps when hit by an enemy causing you to fall into bottomless pits. Yes, Castlevania is remembered as much for its punishing difficulty as its monsters, but despite all the frustration it can cause, it’s still a lot of fun to play. The game is divided into six blocks of three stages each, for a total of 18 levels and the level designs still hold up well. Although the combat is very simplistic, Castlevania forces players to be careful. You can’t just run through levels, hoping that fast reflexes will get you to the end. You have to be methodical and rely on some much-needed reflexes, and the knowledge of when and how to use the secondary weapons such as a dagger, holy water, an ax, a boomerang (really a cross) and a stopwatch. And as difficult as it is, nothing ever seems impossible, and the boss battles which include many horror genre staples are well worth the journey.

Despite the limitations of the time, Castlevania opened up developers to new ideas and provided players with a rare 8-bit experience that tapped into the horror genre. The game looks great – the levels and backgrounds are all meticulously crafted to feel like a derelict castle – and the soundtrack is truly spectacular. The opening track alone titled “Vampire Killer” is as emblematic as video game music gets and is the blueprint for decades of the fantastic music heard throughout the series.

Though not completely polished, Castlevania is one of the best titles on the system. It’s rare that you find a game as old as this that still manages to provide an entertaining experience from start to finish. Castlevania deserves its status as a classic, and although one might be tempted to append the word ‘lesser’ to that label, it is still great.

It is very easy to discount games on older systems because they don’t have the same graphical capabilities as the current generation, but Castlevania is essential for any serious game critic/blogger/YouTuber or journalist to experience. If you write about games or consider yourself an expert of the medium, you owe it to yourself to see where one of the all-time best franchises got its start.