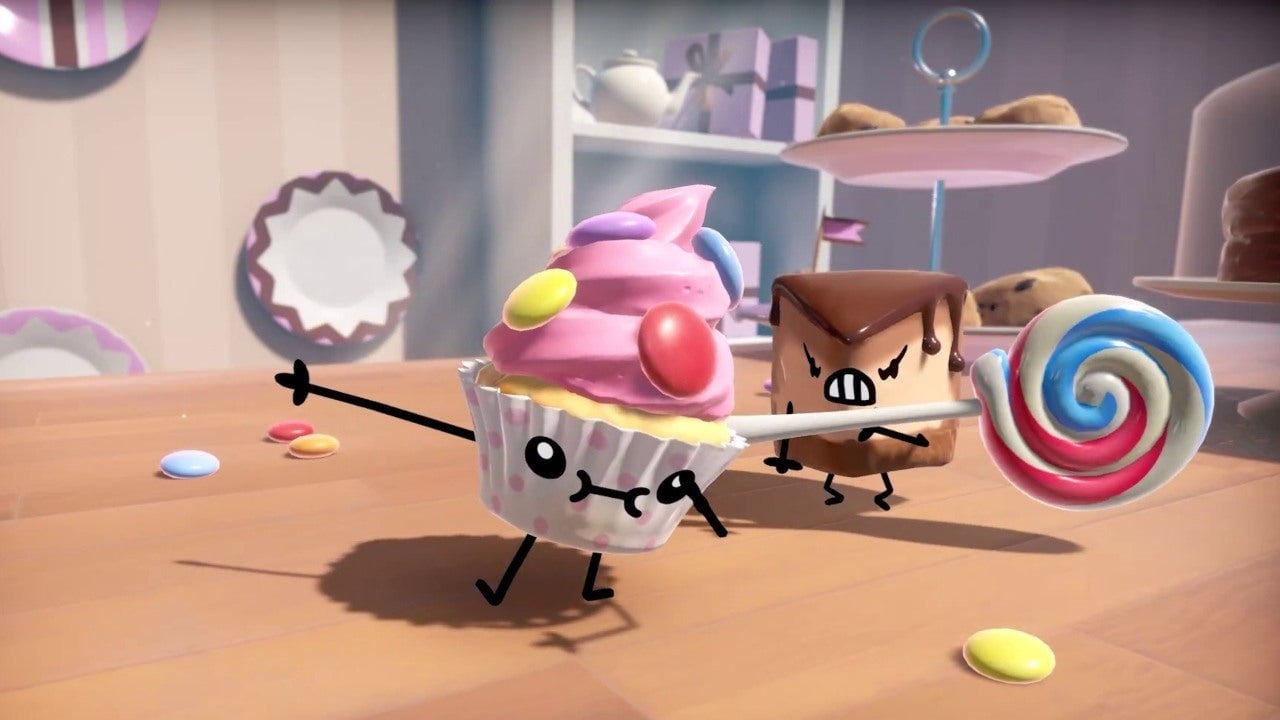 Leave it to publisher Coatsink and developer High Tea Frog to create a title where desserts fighting for first place is both artistically and playfully entertaining. Cake Bash on the surface may seem like it is missing those Mario Party or Fortune Street-type elements that would fittingly predate the bite-sized games that players squabble and destroy relationships through, but trust me, it’s still a delicious treat with no actual need for that extra filling. The satisfying reward for taking victory or even a failure is still there in all its glory over the course of this small smorgasbord of brawls.

In the same vein as the majority of well-received party games, Cake Bash is properly designed to be a simplistic and methodical pick-up-and-play styled title. It may not have a vast array of boards, but it still has great potential as a mini-game collection that can quickly turn into a race to the top. After being placed on display at a bakery, the player’s goal in Cake Bash is to simply wrack up the highest amount of decorative trinkets purchased from shops before the tournament can end. After one or two mini-games players will be given the opportunity to explore the shop, and that can either lead to their rise or demise.

The mini-games themselves are exactly what you would expect them to be. They overwhelmingly rely on the same control schemes, but there are one or two that mix things up and throw in unique styles of play. None of the games are unnecessarily complicated or need multiple attempts to understand; a quick instruction screen with a couple lines of text and an image will provide you with everything you need to know. After a mini-game is completed each player is rewarded with coins based on their overall performance, typically ranging from one to eight. It’s the same exact four-place structure found in the Mario Party series except with a lower number of distributed rewards due to the game’s needed currency.

As for the shop players can spend coins at, this is where Cake Bash truly begins to shine. Players are given the option to purchase three different trinkets on a cart that can provide them with various amounts of points. Outside of the cart, players have the option to gamble on gumdrops containing either rewards or burdens for only two coins. If a gumdrop contains a fish bone or expired cheese, players will have to use a trash can for the same price to rid themselves of these items that can ultimately discount their scores. The game does not necessarily ask players to conquer every mini-game; being the one to spend your coins wisely and calculate the difference between your opponents is the true key to victory.

One aspect in particular that the game continually flaunts is its gorgeous esthetics. To put it bluntly, Cake Bash is delicious eye-candy. The atmosphere of the title appropriately draws a focal point on a bakery with specific appliances and tables as backdrops. Nothing has been created for the sake of just being necessary to fit the gameplay structure. The playable characters, however, are the icing on the cake. These avatars have been sugar-coated with expression and texture, and though they all take on the same facial features, their core designs always look so in-line with one another that it never felt like an issue. The art style really ties everything together as it creates an adorable free-for-all atmosphere.

Cake Bash is perhaps not the deepest party title out on Switch, but it is one heck of a delicious treat. Its gestures of containing an online multiplayer and single-player with bots are thoughtful, but the true way to experience it is on a couch with both friends and family. Even my sister–who is by no means a gamer–was able to easily pick up the controller and win her first match with no stress. Needless to say, Coatsink and High Tea Frog have done a wonderful job creating a local multiplayer game accessible to both avid and non-gamers alike. If you’re looking for a party favor that everyone can enjoy, Cake Bash is a safe go-to bet well worth your while.

Looking Back at the ten Best games of 2010

Indie Games Spotlight – Before and After