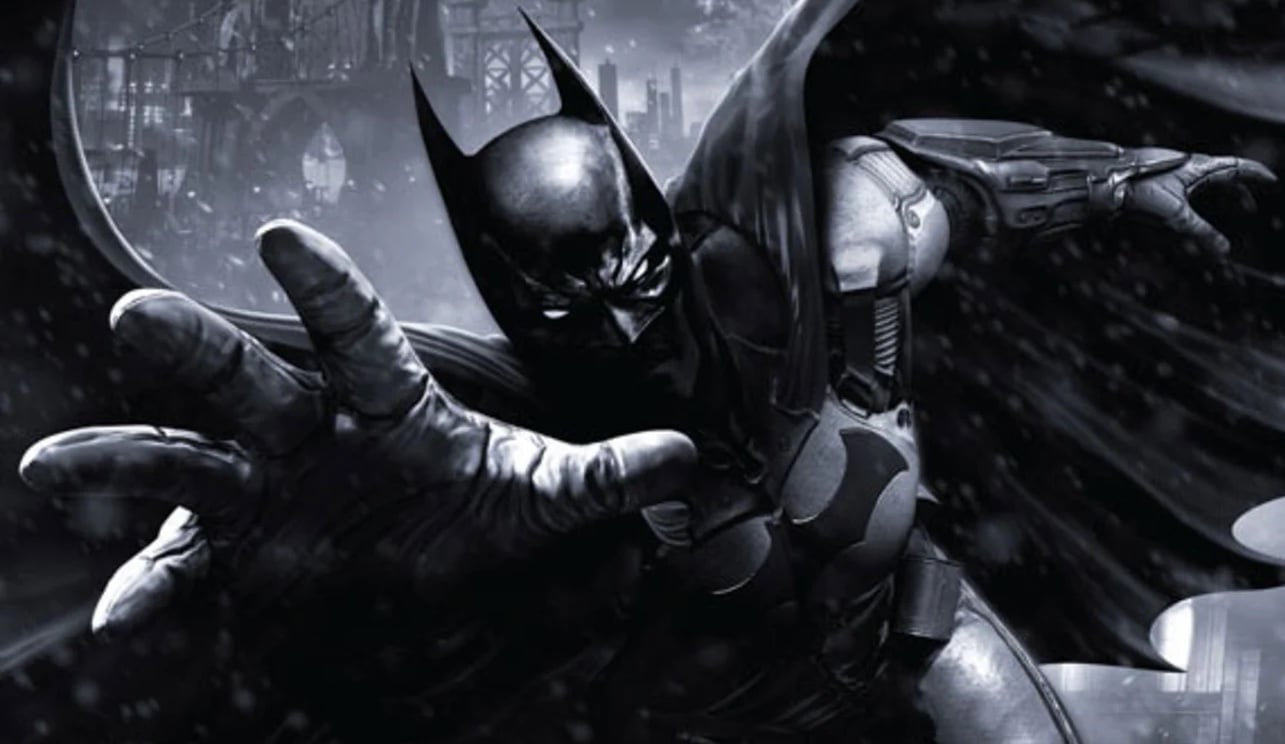 In 2009 Rocksteady Studios released what would become one of the most celebrated games of the seventh generation, Batman: Arkham Asylum. Despite only being the developer’s second game ever, Arkham Asylum was praised nearly unanimously by critics and audiences alike. Fans quickly fell in love with the way the game recapture the tone of Batman: The Animated Series while providing a new rhythm-based combat system that felt satisfyingly visceral. In 2011 the sequel, Batman: Arkham City was released and the expansion of scale raised the bar. To this day, Arkham City is considered the best of the series. Perhaps as a result of the novelty wearing off, Batman: Arkham Origins is seen as the worst game of the series, but when seen through fresh eyes in 2022, the red-headed stepchild of the Arkham series from WB Montréal lives up to and even surpasses the Rocksteady trilogy in several ways.

Batman: Arkham Asylum did for superhero games what Sam Raimi’s first Spider-Man film did for superhero movies. The game legitimized the genre in the medium during the height of the Nolan Batman movies by doing the counterintuitive thing and not trying to emulate their style. By specifically differentiating their product from Nolan’s, Rocksteady was able to create enough separation for the audience to be able to enjoy two different versions of the same character simultaneously. The game’s visual style was much more in line with what fans were familiar with from the comics and animated series and the decision to set the entire game within Arkham Asylum allowed the developers to realize a perfect sense of scale making their first outing feel open and free while being more constrained than a truly open-world game. Arkham Asylum fired on all cylinders and was immediately obviously going to be a tough act to follow.

Meanwhile, its follow-up Arkham City expanded on the scale of the first game with more villains, a larger open world, and a higher stakes story. Arkham City was able to recapture the tone and stylized gameplay of Arkahm Asylum that gave players the opportunity to feel as though they were playing the actual pages of a Batman comic book while also changing just enough from the first game to keep things fresh. But with the benefit of hindsight, it was the open world that garnered so much praise that actually led to the game not aging particularly well. By today’s standards, the open world can sometimes feel empty and lifeless. Arkham City itself feels more like the connecting tissue that the player moves through to get from one story mission to the next. Rocksteady’s choice to move to a larger scale made for a less memorable environment and a more bland moment-to-moment experience that may have felt excellent for the time but also made it very obviously a product of its time.

Batman: Arkham Origins was clearly a game intended to be a holdover while Rocksteady worked tirelessly on the next-generation conclusion to the Arkham trilogy. Despite some launch issues and technical bugs, WB Montreal made a title in the long term that felt more polished and refined than Arkham City and plays like a modern open-world action-adventure game akin to its successor Arkham Knight. Arkham Origins is a game that wasn’t afraid to ruffle some feathers and when played in 2022, WB Montreal’s willingness to break from the established Arkham formula Rocksteady pioneered can make Origins the best game to jump back into.

At the outset of the narrative, Arkham Origins immediately establishes itself as a Batman story clearly set in a different era than either of its two predecessors. Whereas the knowledge of Batman’s abilities and intentions are well known by all in the first two games, his role in Gotham throughout Arkahm Origins is that of a rumor or urban legend. Cops and criminals alike claim to have seen the Batman at work in Gotham’s cold nights but nobody has any hard evidence of his existence. As a result, people are unsure of how to actually feel about him. Arkham Origins though isn’t simply a story of the origins of the ubiquity of the Batman, it’s a story focusing on the origins of Batman and Joker’s relationship. And so while yes, Arkham Origins is yet another Batman story that for whatever reason revolves around his relationship with Joker, it is one that makes sense in the context of providing an origin for the Arkham series as a whole.

After being able to move past the way in which Joker’s obsessions can drag the entire initial experience down and understand why the narrative was chosen to portray select events, the story becomes incredibly engaging. The entire game takes place over the night of Christmas Eve and Black Mask (later revealed to be Joker in disguise) has hired some of the world’s best assassins to kill the Batman for a fifty million dollar bounty. Not only was the premise a fun means of logically and organically weaving in encounters with some of the most prolific Batman villains ever but it also cleverly foreshadowed the reveal that Joker was the one behind the entire plan. Black Mask is a well-known crime boss in Gotham but the constraints of the contract demanding Batman be killed that night negated any conceivable motive. So a plot to kill Batman without any sort of motive could really only be traced back to one man, the Joker.

Origins also explores Batman as a character in a significantly more complex way than some of Rocksteady’s games had. Bruce starts the game with a wild hubris that makes him reckless. He is clearly of the belief that he doesn’t need any help and will never encounter any situation in which he will be the one in need. The obvious theme of the arc Bruce moves through throughout the game is the dangers of solitude. By being reclusive to a fault, Bruce not only delays his alliance with Gordon when the two could have been helping each other much earlier but he also is almost faced with the possibility of losing Alfred before being able to express what the relationship means to him.

The events of Origins see Bruce in a truly vulnerable state multiple times. First Bruce has to swallow his pride when, on the Gotham bridge, Gordon proves to Batman that he is capable of handling situations on his own and can be a valuable ally. And second, when on his way back to the bat cave, Bane reveals that not only is he aware of Batman’s secret identity but, while Bruce was distracted with Firefly, Bane attacked the bat cave and Alfred. It is at that moment that Bruce’s character demonstrates a level of desperation and attachment culminating in the undeniable humanity that is never seen in the Rocksteady games. Alfred is the closest thing to family that Bruce has and Bane’s outsmarting Batman forces Bruce to reckon with the way he has held those close to him at arm’s length.

Not only does the story and writing of Arkham Origins bring the character to life in a way that Rocksteady was at times unable to match, but both Roger Craig Smith and Troy Baker’s performances nicely coincide with their respective predecessors. Roger Craig Smith’s Batman sounds younger and more inexperienced but also significantly more grounded in reality and believable making for the perfect equilibrium between the comic book absurdity of The Animated Series and the devotion to realism popularized in the Nolan movies.

Smith’s intentionally not trying to imitate Conroy led to the Origins version of Batman feeling slightly different and arguably more grounded. On the other side of the aisle was Troy Baker as Joker. Baker clearly tried to imitate Hamill’s Joker and did so to great effect. He was able to add his own more menacing tone and cadence to the performance. On the whole both Smith’s Batman and Baker’s Joker stand the test of time equally to that of Conroy’s or Hamill’s performances.

But it wasn’t just the story and performances in which Batman: Arkham Origins surprised fans of Asylum and City. While acknowledging the incredibly innovative combat system pioneered by Asylum and refined in City, it is also possible to recognize that WB Montreal perfected what Rocksteady invented. The combat of Arkham Origins feels more fluid and dynamic. Fighting through a crowd feels more intuitive and responsive than either of the previous entries in the series and the new mechanics WB Montreal brought to the locomotion system makes exploring the city faster and less cumbersome. These changes to speed and mobility make the larger open world of Arkham Origins less of a detriment to the game than that of City and while it still doesn’t feel as appropriate in scale as the winding paths of Asylum, it feels like a properly populated open-world experience.

While the open world is more populated and clearly more intentionally designed, the scenarios are where WB Montreal’s design prowess really shines. Each level feels different from the last and the player never finds themselves doing the same thing for any period of time. Thoughtful puzzles demand careful consideration from the player but are never difficult to the point of causing frustration and boss fights are an absolute highlight. The premise of the story lends itself well to setting up some truly amazing boss fights and the Batman villains don’t disappoint. Each fight feels properly different and forces the player to use varying strategies that not only make for better gameplay but also contribute to the story by emphasizing their unique qualities.

When played without the benefit of nostalgia, neither Arkham Asylum nor Arkham City has the chops needed to stand up to Arkham Origins. An intriguing story full of character moments with actual depth and a total lack of a plot contrivance to make every NPC in the game a villain makes Arkham Origins the best overall Batman experience in the medium. And when considering the dip in quality the series experienced with Arkham Knight the benefit of time legitimizes the question of whether or not Rocksteady is the best studio to continue the series in their upcoming Suicide Squad Kill the Justice League rather than handing the reigns over to WB Montreal and their new Gotham Knights project.