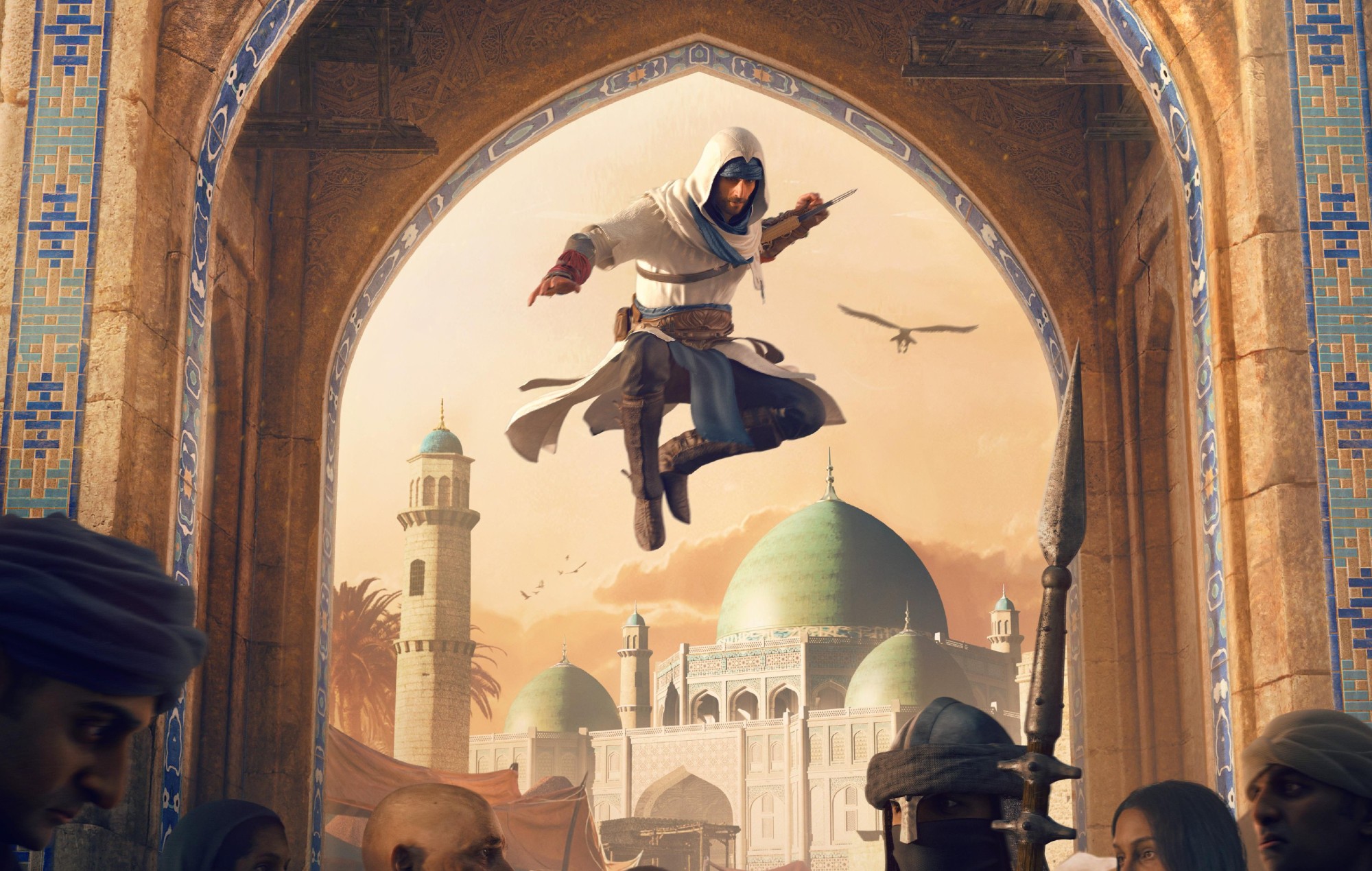 In a recent showcase to mark 15 years of Assassin’s Creed, Ubisoft finally lifted the lid off the franchise’s future, clarifying the leaks surrounding Mirage and teasing fans with a few mysterious titbits of what’s to come. After keeping relatively quiet for the past couple of years, Ubisoft has shown there is a lot for Assassin’s Creed fans to look forward to in the near future.

From its inception back in 2007 up to the release of Valhalla in 2020, Assassin’s Creed has changed dramatically, evolving with the times for better and for worse. Silent assassinations and ‘social stealth’ in tightly-crafted sandboxes gave way to living the life of a pirate on the high seas, and, more recently, to vast, loot-filled open worlds, RPG mechanics, and more player choice. It’s an evolution that not every fan has gotten behind, but there’s no denying its popularity. And with Valhalla earning over $1 billion and becoming the highest-earning Assassin’s Creed title to date, Ubisoft would be fools to shake things up now. Wouldn’t they?

Well, apparently not, if the teasers they showed off last weekend are anything to go by.

First things first, Ubisoft finally released some official information on their next game, Assassin’s Creed Mirage. Leaks and rumors had been swirling around the internet in the weeks leading up to the showcase and Ubisoft finally put them to rest–or, more accurately, the company outright confirmed them.

Mirage will be set in 9th century Baghdad and will star the assassin Basim. Fans of Valhalla should recognize this name as Basim starred as one of the two assassins (or Hidden Ones, as they were called then) who introduced Eivor to their creed. Mirage will focus on his early life, how he joined the Hidden Ones, and his training to become a master assassin.

According to Ubisoft, this game will be “pared down” compared to more recent outings. This means players should expect a smaller open world, fewer unlockables, and no skill tree or RPG mechanics. A “back to basics” approach, and something that should please fans of the older, more stealth-focused titles. And this makes sense, as originally Mirage was going to be released as DLC for Valhalla before outgrowing its initial scope and being scaled up to a full release.

Disappointingly, despite currently being slated for a mid-2023 release, no gameplay footage was shown. However, there was a lovingly-crafted CG trailer to whet fans’ appetites. This trailer shows off several story beats – Basim starting out as a street thief, being recruited and trained by the Hidden Ones, completing his first assassination, and more – but it also shows off some of the gameplay we can expect to see in-game. This includes series staples like free-running and the hidden blade, as well as new traps and tools, specifically fire bombs, poisonous mines, and colorful smoke bombs. In fact, the whole setting of Baghdad looks wonderfully vivid and vibrant.

Ubisoft have recently promised Mirage will not contain any microtransactions, and seeing as there are no levels to grind or loot to find this time round, it certainly makes sense to leave them out. Hopefully, the developers stick to this promise. We won’t have to wait too long to get our hands on Mirage, but it would be nice to see some proper gameplay footage soon–just to prove that this is indeed a true return to form.

The first of a few surprises during the showcase, ‘Codename Red’ was teased with a short, 20-second CG trailer. And it was indeed a surprise, as despite showing off incredibly little, it confirmed that this future title will take place in Feudal Japan.

Japan is a setting fans have been clamoring for ever since the series started its time-hopping tradition, and one that should prove a delight to explore with all the power of current-gen hardware behind it. The trailer itself has very little to go on, showing a hooded figure leaping onto a rooftop and brandishing both a katana and a hidden blade, all silhouetted against a blood-red setting sun.

Thankfully, Ubisoft has provided a little more information since. In Codename Red, players will take control of a shinobi assassin in a game that will play similarly to Assassin’s Creed Origins and Valhalla, with an expansive open world to explore and similar RPG mechanics and skill trees.

While it would have been nice to have leaned more into the stealth side of the series, as with Mirage, Ubisoft’s current RPG formula is fantastic at keeping players coming back for more and won’t be changing any time soon.

Interestingly, the Feudal period of Japanese history takes place between 1185 and 1603, meaning whichever date they pick, we should be seeing a return to the good old Assassins versus Templars conflict again.

Another surprise was the announcement of Codename Hexe, though all that was shown was a short, cryptic CG trailer and the promise that this will be “very different” from any Assassin’s Creed game that came before.

The trailer opens on a dark and spooky forest, slowly panning through the bare and claw-like branches to reveal an Assassin’s symbol hanging from a branch and made of bundled twigs. A crackling fire and barking dogs can be heard in the background. The trailer ends with a title card, showing the twig-bundle symbol against a pentacle-like background and surrounded by runes. Other than that, there’s nothing, not even a hint of a character or setting.

But Ubisoft promised there were clues hiding somewhere in there, and it did not take long for the internet to find them and (seemingly) crack the code. The name “Hexe” translates to “witch” in German and this, along with the Blair Witch-esque stick-bundle symbol, barking dogs, and crackling flames have led many to believe this game will be set in Germany during the historic witch trials. Specifically, the Wurzburg witch trials of 1625-1631.

YouTubers Access the Animus even believe they have managed to translate the runes seen on the title card, which (according to them) say: “We work in the dark to serve the light” and the words “Mephisto”, “Avenge”, and “House”, all in German, of course. The first phrase should be familiar to all Assassin’s Creed fans as it appears throughout the series as part of the Creed’s teachings. The second set of words further links the game to the idea of witchcraft, with Mephisto (Mephistopheles) being a demon from the German work “Faust”. The runes could possibly be asking Mephisto to avenge someone’s house or family, or to avenge those who belong to the house of Mephisto.

So, while we don’t know anything about the gameplay or characters of this title yet, there is a lot to speculate on regarding its potential setting. Will Assassin’s Creed delve deeper into magic and curses, as it has with mythology? Only time will tell.

Finally, Ubisoft also teased the release of Codename Jade, a mobile-only title set in Ancient China (another setting that fans have been hoping for). What sets this game apart (other than the fact it won’t be coming to consoles or PC) is the fact that players will be able to create their own custom characters to play through the entire story with.

The CG reveal trailer shows an eagle flying over the distinctive rooftops of Ancient China and past sections of the Great Wall, and ends with the classic shot of an assassin performing a leap of faith. Again, it’s not much to go on, but Ubisoft has helpfully filled in a few of the blanks.

The gameplay will apparently mimic that of previous titles but it will also be scaled back to accommodate the limited hardware it will be running on and to make the most of the touchscreen. That being said, the developers have promised players will be able to free-run their way across the Great the Wall of China. It is also currently unknown whether Jade will go down the RPG route, like Red, or the more traditional route, like Mirage.

Mobile-only games may not appeal to the majority of gamers out there, but it is a very lucrative market and one Ubisoft must be itching to dip its toes into. And, who knows, perhaps taking your own personalized assassin everywhere you go will be the next big thing.

None of these games has an official release date set in stone, with Mirage giving a vague time frame of mid-2023. Given the time it takes to produce these ever-expanding games now, the other three are probably several years off. So why did Ubisoft choose to tease so much now? Most likely to get ahead of the inevitable leaks that come before the announcement of a new Assassin’s Creed game each year, but it is also a good way to build hype early and keep people talking about these games for the foreseeable future. Especially as we will have to wait a long, long time to see them in action.

Interestingly, the teasers for Red, Hexe, and Jade are all preceded by a shorter tease for Codename Infinity. For those who don’t know, Infinity is a long-rumored live-service platform for the Assassin’s Creed series, one that is said to be a hub from which players can access all future Assassin’s Creed content. Ubisoft didn’t elaborate on this much further, only to confirm its existence and tease that this is where players will turn for the modern-day meta-narrative side of the story. As well as multiplayer, which has been conspicuously absent for some time.

So, which title are you most looking forward to? And what new secrets will we discover as these teasers are picked apart in the days to come? Whatever the answers, one thing is certainly clear: the future looks bright.