Finally! With the fall announcement of Animal Crossing 2019, fans who’ve been waiting for a new mainline entry in the series for six years got their wish. Not only is Animal Crossing coming out this year, but it’ll also be the first game in the franchise (disregarding amiibo Festival) to be in HD. The possibilities are nearly endless! Here are some ways Animal Crossing 2019 can shake things up and build on its already rock-solid foundation.

This is the major one. Animal Crossing: New Leaf finally put us in the role of mayor, a position that came with authority and tons of town customization options. This new game will need to have a similarly striking hook to set itself apart. What would the next logical move be?

Consider this: 2015’s Happy Home Designer wasn’t a knockout by any means, but there was an inherent charm to working as part of a small real estate business and being able to carefully decorate houses for new homeowners. Now imagine if, instead of playing an entire game around designing homes, players could chose from a variety of career paths and work their way up the ranks Fantasy Life-style. None of this would be the core focus of the game, but rather a side activity that could yield great benefits for those who wanted to invest the time.

Those who pursued real estate could oversee the construction and design of new homes, decide how best to stage them, and then show the homes to new villagers looking to move into town. Cooks could start as waiters/waitresses and work their way up to being head chefs before taking over the restaurant itself. Fishermen could be on the hunt for the rarest fish of every season, and archaeologists could be tasked with finding every fossil out there (with the eventual goal of becoming a museum curator).

Each of these career paths would lend themselves well to how Animal Crossing already plays. Just like Fantasy Life, progress (and pay) would be tied to work done, not pre-established shifts tied to the game clock. The number of new clients, fish, and fossils would naturally be limited on a daily basis, ensuring that the game never loses its signature relaxed pacing. The payment system tied to each career would be a refreshing way to pay off the inevitable mortgage and house upgrades. Career goals would also give players yet another thing to gradually work towards. Fingers crossed this becomes a reality.

The Expansion of Events

As someone who sunk hundreds of hours into New Leaf, nothing did a better job of bringing me back than the fishing and bug catching tournaments. These events (and the opportunities to snag a coveted gold trophy) were so rare that missing one felt legitimately disappointing.

The major move here would be to let players visit each other’s towns and plan their own tournaments whenever they want. This could be stripped of the frills that make traditional tournaments exciting so they still feel special. New tournament types would also be quite the welcome addition.

Everyone enjoys traveling, and visiting the towns of fellow players was plenty fun in New Leaf. But what if travel wasn’t just limited to other campsites, but extended to a small variety of vacation destinations? This next step in online play could be massive. Just like how players could travel by boat to the island resort and play several mini-games, Animal Crossing 2019 could offer certain getaways (a ski resort, a more fleshed out camping grounds, etc.) that players could enjoy together online. These could each come with their own set of 2-3 mini-games along with a lounge area to simply hang out and spend time together in a different setting. Could these get old quickly? Maybe. But if added as a side option to the standard online mode, taking little trips with friends could be great fun.

Animal Crossing: New Leaf inducted players into the role of mayor for the first time. As mayor, players could choose between one of four ordinances (laws that promoted town beautification, a focus on economy, etc.) and propose a wide variety of public works projects. While choosing an ordinance was a fairly one-and-done kind of deal, planning out and funding new buildings, landmarks, and smaller things like lampposts and flower patches became a nicely fulfilling facet of the entire experience.

With Animal Crossing 2019, however, there are so many more possibilities. One key update needs to be the establishment of a town budget. While villagers would occasionally contribute a bell here and there to public works projects, you largely had to fund them yourself out-of-pocket. A budget could add a bunch of interesting wrinkles to how players run their towns. Players could organize a variety of fundraisers and town events to bolster the budget for that month. The ability to hold town hall meetings where villagers could vote for their most-desired public works projects would also be a nice touch.

Millions of players fell in love with customizing their towns with all manner of public works projects in New Leaf. With a few exceptions, though, these were by and large only cosmetic changes.

What if making the town more energy efficient by building solar panels and windmills actually impacted the town budget in the long run? What if the game starts with a thief who steals from villagers (you included) at night, and the only way to stop the thief is to fund a police station and get more lights put up around town?

Smart incentives for players to work towards certain public works projects like these would be wholeheartedly welcome, and a natural way to build upon what New Leaf put in place six years ago.

Have More Fun with Your Villagers

Getting to know your villagers and carrying out little tasks for them is by-and-large the foundation of the Animal Crossing franchise. That said, there’s certainly room for innovation here. Seeing one of your favorite characters fishing or catching bugs is nice, but being able to dynamically join them for a short competition would be even better.

It’s the little things like this that’d count the most. Similarly to how players could be invited to a villager’s house for a birthday party, imagine if you could plan little fishing or shopping trips with some of your favorite characters. Or if the town planned surprise parties for certain events (birthday, one year of being the mayor, etc.) and genuinely tried to surprise you? Appealing to those core fans who love interacting with these characters would be a very smart move. 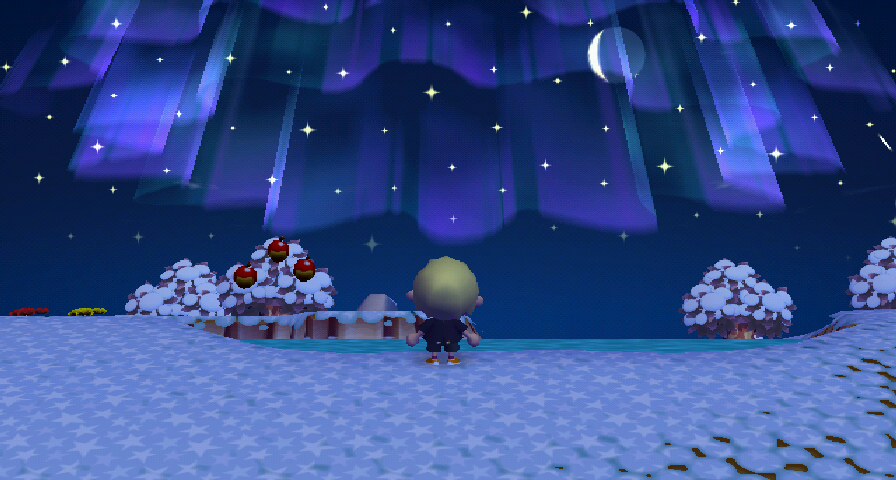 The Sky’s the Limit!

There are so many different directions Nintendo EAD can go with Animal Crossing 2019. I didn’t even touch on possibilities like expanded home customization options (balconies and back patios, anyone?) or an online storefront where players around the world can share their designs like in the Forza Horizon series. Regardless, let’s hope that whatever whatever they have planned gets announced sooner than later–a summer release sounds pretty perfect.