Forza is and has been for some years, the pinnacle of the video game racing sim. Year in year out, it’s a series which manages to make itself feel fresh and exciting, within the confines of a genre that can at times seem tragically unimaginative. When Microsoft cut loose with Forza: Horizon back in 2012, many fans of the series were concerned that this marked an end to the serious driving simulation that Forza had become known for, yet flash forward to 2018 and arguably, the Horizon series has well and truly stepped out from the shadow of its older and more experienced brother to become the must-have racing title for anyone with even a passing interest in the genre — and this is no more evident than with Forza: Horizon 4. 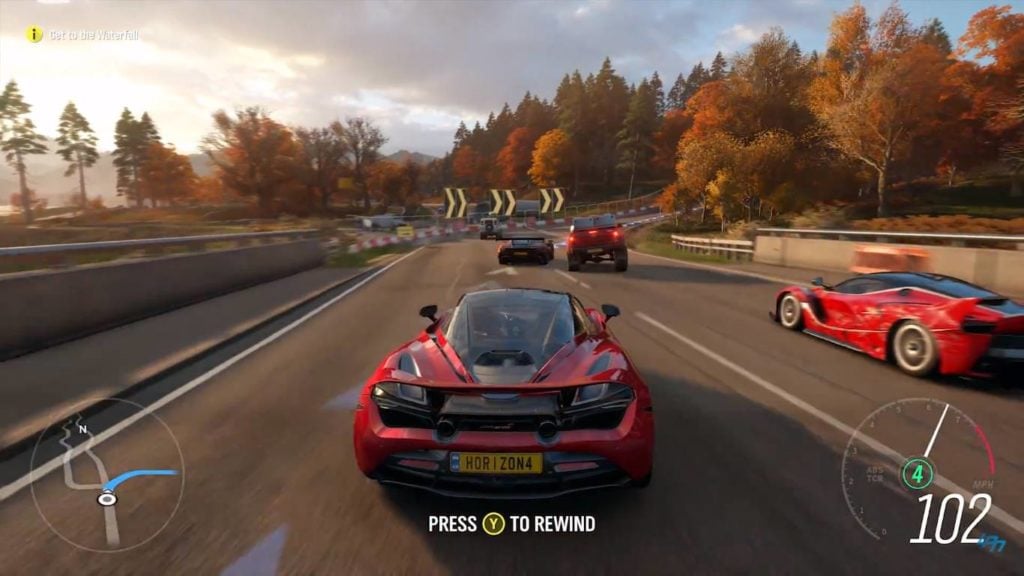 Regardless of how shiny and enticing a world might seem, the most important part of any Forza title is how it feels to drive and in this regard, Playground games have given us a game that feels very much like that of its predecessors, and not in a bad way. At this point, the development teams Turn 10 and Playground Studios have created a driving system that is as robust and realistic as it is fun and enjoyable to explore. Players can jump into a car and begin driving right away if they wish, or they can pop the hood and mess around with its innards to their heart’s content. This might range from adding a huge spoiler or a turbo booster, right down to gear ratios and even adjust the tire pressure.

As far as racing games go, this is, without a doubt, the best in class.

This range of choice and opportunity to delve as deep or as shallow as the player might like really is the beating heart of the Forza series and Forza: Horizon 4 keeps this ethos front and center. Players have the ability to choose which type of race they want to take part in, be that rallycross, a street race, drift challenge or more—  and the game will even adapt the competing cars to allow players to race in whichever vehicle they like. This has been present for a number of years in the series, but Forza: Horizon 4 has taken it one step further with weekly and daily challenges being added in hopes to incentivize players to continue playing, long after they have exhausted the base game. Players can work cooperatively to complete challenges spread across the map, or race head to head to win credits and get bragging rights. In theory, players will never run out of activities to take part in as they race and crash their way around the beautifully rendered and realized UK streets. It’s with this interest in having a living, evolving and ever changing experience that they have tied these gameplay components together with what might just be the most important feature to grace the series in years, changing seasons. 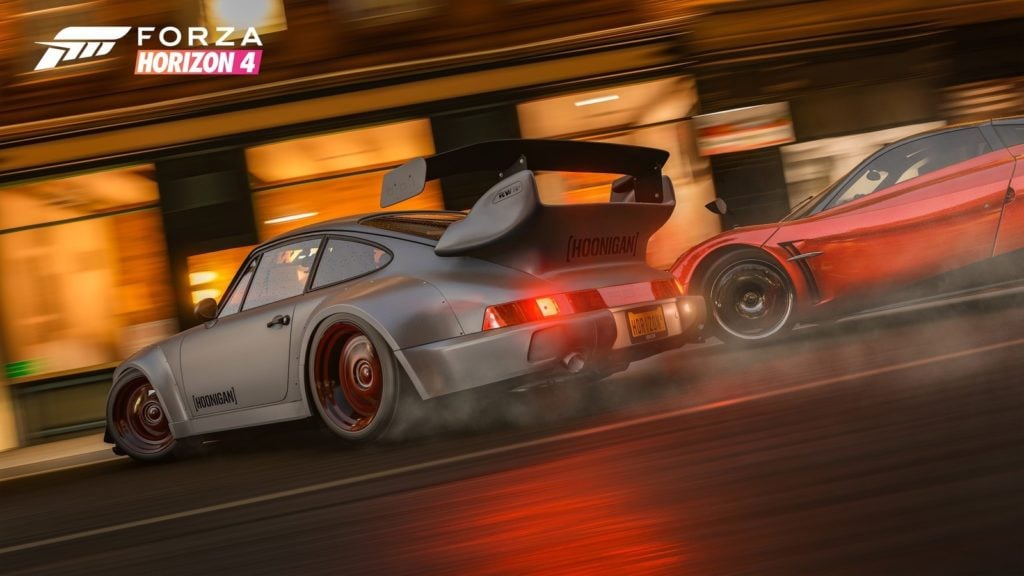 During the players initial five or so hours with the game, they will be guided through a whistle-stop tour of races and challenges that allow them to have a taste of spring, summer autumn and winter, offering a clear impression of how the gameplay changes and adapts depending on the in-game season. After this, the game opens up and players are placed into a world filled with races, challenges and other players all driving around the map, (a’ la Test Drive Unlimited for those who remember). From then on, every Thursday at 14:30 UTC, the in-game season will change, and new weekly racing challenges will be set. Terrain will change, as well as the look of the world. Players will be transported from the bright, dry summer season, to an auburn fall with leaves strewn across the slippery tracks. Instead of carelessly zipping into corners, players will now have to think twice about how to drive around a corner they could previously take at full speed.

Given just how impressive Forza’s handling model has become over the years, the way that a car’s performance and handling changes depending on the surface or weather is a huge part of the experience for many players. The developers behind Forza: Horizon 4 seem to have simultaneously created a game that understands this, as well as the need to challenge the player in different ways, whilst also allowing the player to play exactly how they like in the modes they like best. It’s the age-old video game developer conundrum — it should feel familiar, yet new, make us play in different ways, yet play exactly like the old game. While these notions on the surface may seem at odds with one another, Forza: Horizon 4 has somehow managed to walk a tightrope between each of these challenges with ease. 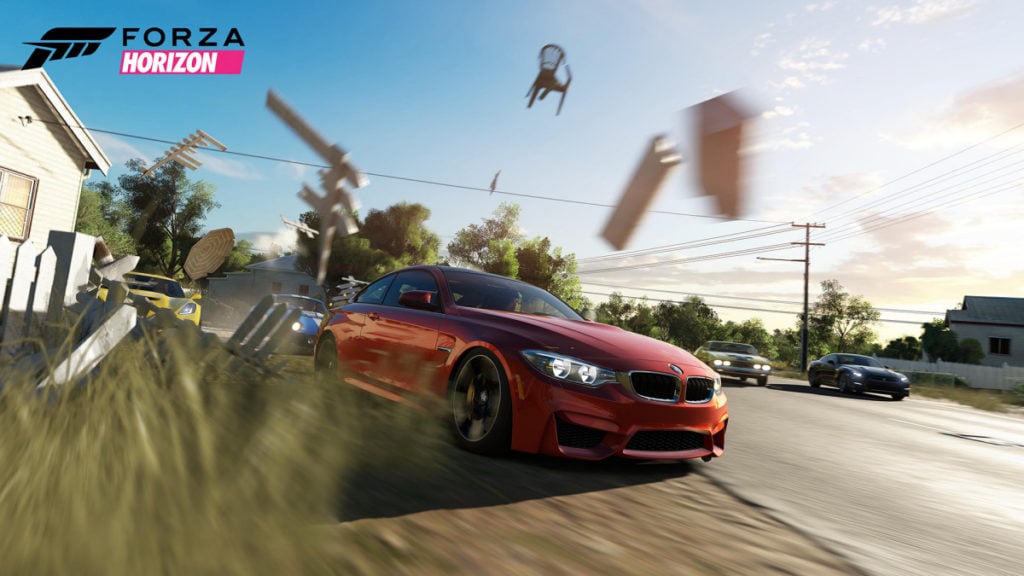 Not Without Its Faults

That said, it’s not without its faults. The cars look phenomenal, especially when rendered in their 4K beauty but when you drive too close to buildings and animals you start to see the seams of a game since the cars were rightly given far more attention than the world around it. The loading times can also feel a little long in the tooth since the game requires players to fast travel to a location, wait in a loading screen, only to drop back in, press X and then slip into another loading screen. There are also over 200 collectibles spread across the map and collecting these items quickly become a chore that we could do without (annoyingly, many will feel compelled to seek them out as they make using fast travel cheaper). The game has also fallen victim to loot box culture, with players being given access to limited spins of a wheel to unlock cars, bonus credits, and clothing for their chosen avatar. This is perhaps a suggestion that an earlier incarnation of this game may well have been marred by this ongoing blight on the gaming industry. As of writing this, there are no in-game micro-transactions, but the game is very much set up in a way that might encourage it. 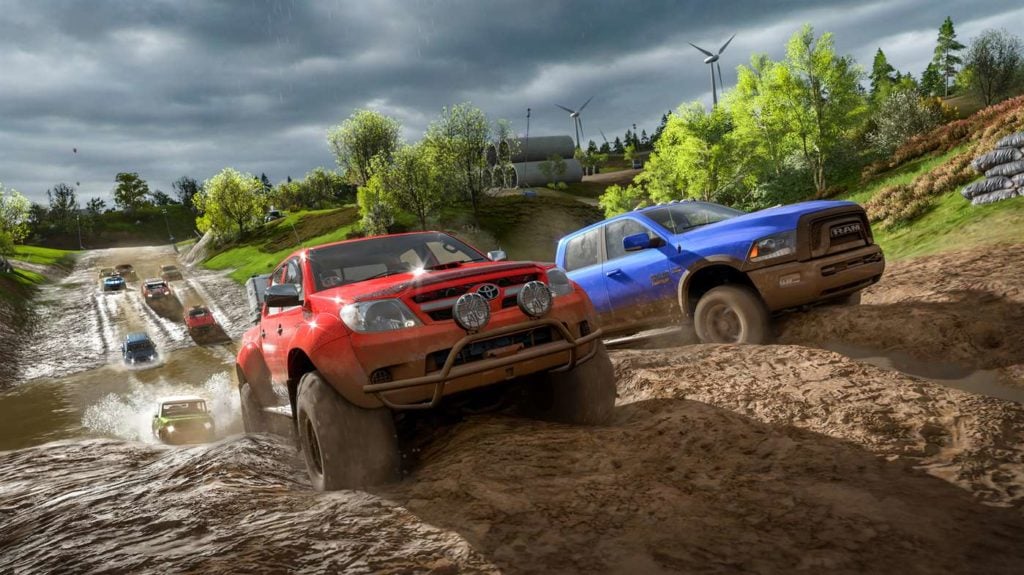 Forza: Horizon 4 is a game that on the surface, looks and feels very much like the other games in the series. but when players take the time to look a little closer, they will realise this is one the deepest, most exciting and different iterations we have seen in the genre in many years. The developers clearly know what works best for the franchise and what is important to the racing genre — and with Forza: Horizon 4, they have honed and tweaked the series within an inch of its life. If you aren’t into racing games, then this might not be your cup of tea, but if you are, then this is, without a doubt, the best in class.