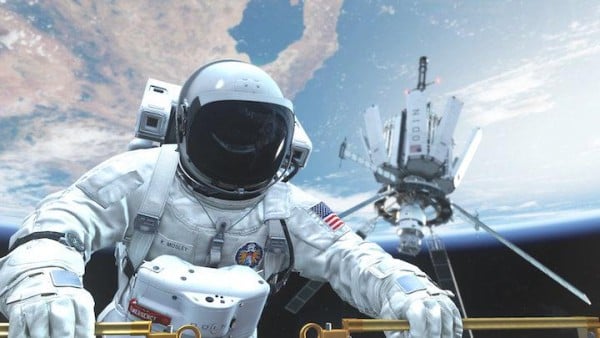 Universally Call of Duty fans were in an uproar recently as it was rumored that the next game would take place “very far in the future” and would be based on space combat. So, with that in mind,  it seems like a good time to look at a few more reasons why the next Call of Duty might suck. For years, Call of Duty fans have been begging for a return to the WWII setting that began the series. But despite poor fan reception, Call of Duty Activision seems to think everyone wants another futuristic FPS game. With a recent information leak, from a very reliable source, it’s believed that the next game….will take place in space. There are positives to this and in some ways, I’m personally excited. However, until Activision listens to the player base and orders the creation of another WWII game (or another Modern Warfare), it seems likely that Call of Duty will continue to see a decline in annual sales. Call of Duty: Ghosts, released in November 2013, is commonly referred to as the worst CoD game yet. Sadly it was made by Modern Warfare developers, Infinity Ward. Many people disliked the production quality of Modern Warfare 3, and millions more abandoned Ghosts to trade-ins and eBay sales. Infinity Ward has seriously lost customer support and should be looking to restore that. Still, the next major worry is that they will create… Call of Duty is notorious for being repetitive year after year, and one thing that has contributed to this is the introduction of 2 new sub-series, Ghosts, and Advanced Warfare, along with the (now standard) 3 developer rotation. This leads to positives and negatives. At least now devs have a good 2 years to finish their newest game, but with Ghosts being something better left forgotten, and Advanced Warfare being simply mediocre, the question arises: should Infinity Ward start another series in 2016? If so, this could lead to something interesting. Then again we could easily see… No, just no. Although I personally enjoyed Ghosts, (the single player at least) the multiplayer was poorly designed, poorly balanced, and overall just not well thought out. Ghosts is a series I’m more than happy to see hidden under the bed and never mentioned again. That being said, I can’t help but feel that we will see the return of this series, and, although I’m reasonably interested to find out what happened after the first Ghosts, that desire is not enough to see a repeat of the shaky, frustrating, badly done, unenjoyable multiplayer.

5) The Developers Are Running Out of Ideas It’s clear year after year that the developers are attempting to introduce new ideas. Some work, like the introduction of the Pick 10 system, score streaks, or wider customization even were fine. Some new ideas, though, didn’t work, like the introduction of supply drops, which is slowly tearing the community apart, less interesting single player campaigns, and poorly designed maps that don’t have the memorability of the classics.

Instead of forcing a new idea every year, developers should spend time working on solid gameplay, fleshing out storylines and characters, and not attempting to break records with every single game. Call of Duty still has a chance to be a respected series, instead of a yearly joke, but they need to take time and rebuild, rather than holding on to the notion that they still own the gaming market.

Gamer, FPS Fan, Film Fanatic, YouTuber, Critic and Playstation Fanboy. Opinion's are my bread and butter, and I love to share them. Just don't ask me about the Star Wars Prequels or why Kobe deserved more MVP's.